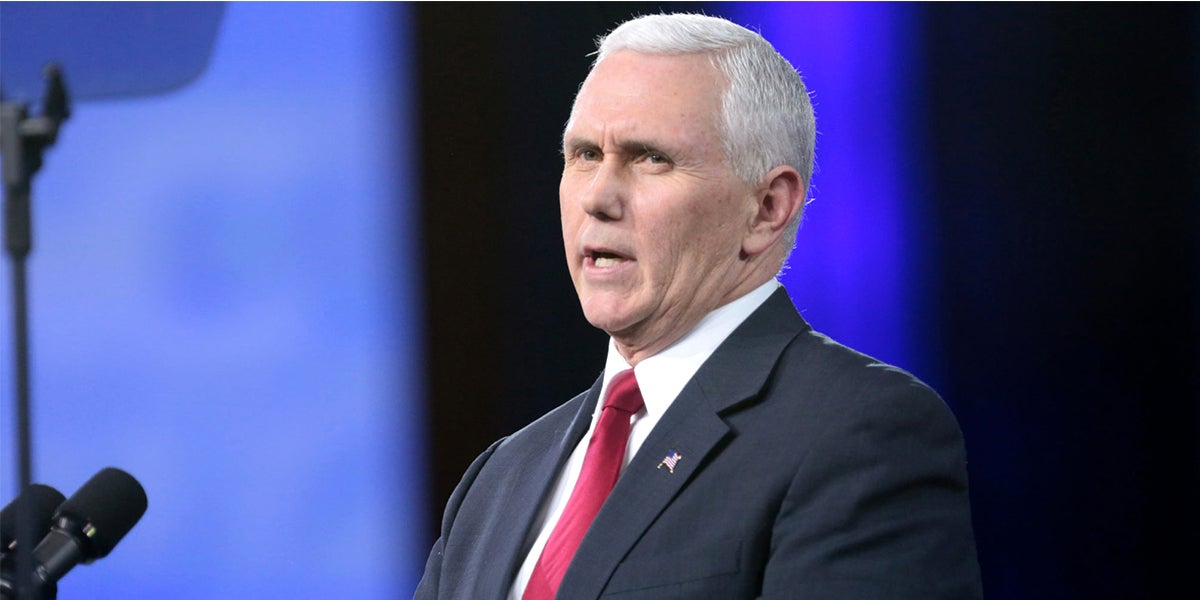 The investigation into Russia’s interference in our elections is critically important, but some have noted that it could be squeezing out media attention for other serious issues—including the Trump administration’s damaging environmental policies.

Case in point: Mike Pence, our usually unobtrusive vice president, who last week drew headlines for hiring a personal lawyer in wake of the Russia probe.

In reality, Pence has been an important figure in the Trump administration’s policymaking all along—not the least because his relative credibility with Republicans in Congress makes him a key lobbyist for the president’s policies.

All of which means his views on the environment are worthy of our attention.

1. His environmental score as congressman: Zero

Unlike his boss, Vice President Pence actually has a long and specific history on environmental issues.

As congressman, he voted for pro-environment positions just four percent of the time, according to the League of Conservation Voters scorecard.

That means he chose the path of stronger health and environmental protections, on average, once every 25 times he had the option. His annual score peaked in 2003 at lucky 13 percent.

During half his years in Congress, he earned a zero. In short, he spent his time in the House representing the view that polluters should have few restrictions and clean energy should get less support.

2. As governor, he sided with polluters

Pence continued on the same track as governor of Indiana.

He and the legislature canceled the Energizing Indiana program, which reportedly resulted in energy savings of about 11 million megawatt hours, significant cost savings and nearly 19,000 new jobs.

Energizing Indiana was established with support from the state’s previous Republican governor, Mitch Daniels, so it was far from a program pushed by wild-eyed environmentalists.

3. He’s a foe of the U.S. Environmental Protection Agency (EPA)

In a 2014 opinion piece in the Indianapolis Star, Pence argued against two critical EPA pollution limits.

He opposed the Mercury and Air Toxics Standard, which limits toxins that damage the brains of development of children before and after birth.

Pence also attacked the Cross-State Air Pollution Rule, which protects states from pollution that drifts across borders. His criticisms were based on traditional scare tactics about the economic impact of these safeguards—which have since been proven false.

Finally, Pence apparently disagrees with NASA, the National Academies of Science and all major American scientific organizations on climate change.

In 2009, for instance, he told MSNBC inaccurately, “I think the science is very mixed on the subject of global warming.”

Unsurprisingly, as governor of Indiana he sued the EPA to block the Clean Power Plan, the Obama-era landmark plan to reduce climate pollution from power plants.

The influence of vice presidents is often overlooked. But these days, the job involves far more than attending funerals and christening ships. The record suggests that Pence, the only member of the administration who can’t be fired, is likely to use his influence to re-enforce Trump’s zeal for tearing down key clean air and water safeguards.

It’s time to take Mr. Pence seriously as a threat to our environment.