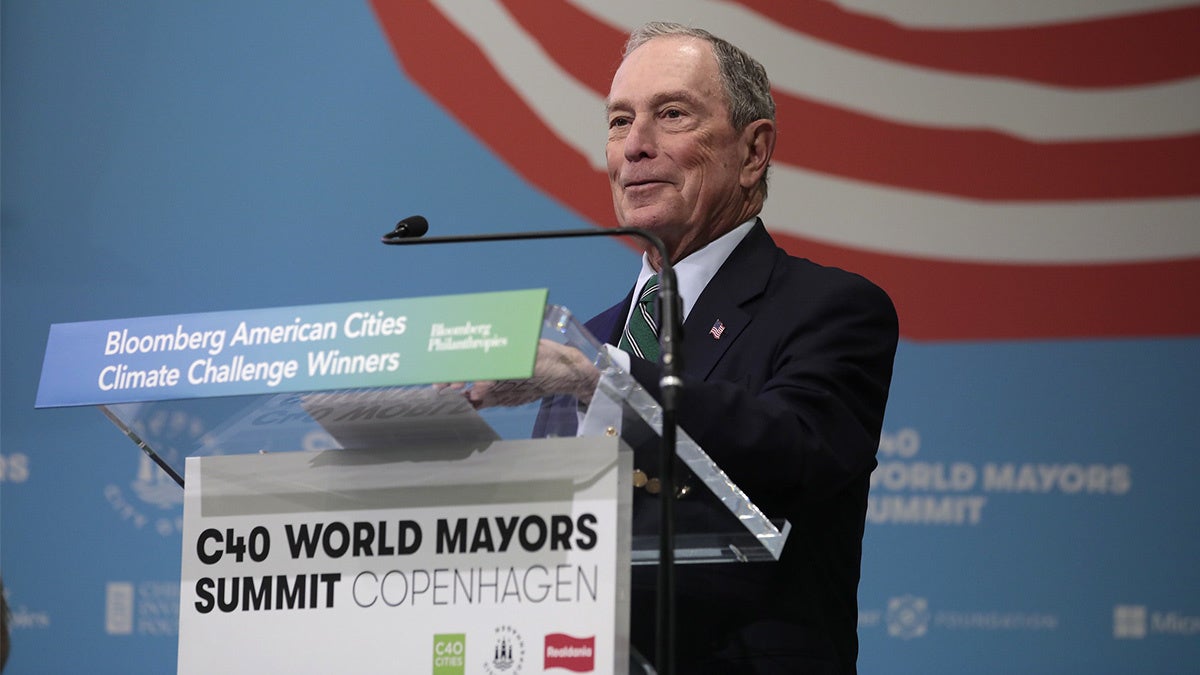 Former New York City Mayor Mike Bloomberg has entered the crowded 2020 Democratic primary, the billionaire announced Sunday. But despite Bloomberg’s record of fighting the climate crisis on the national and international stage, environmental activists expressed concern over his decision to enter the race, InsideClimate News reported.

“I’m running for president to defeat Donald Trump and rebuild America,” Bloomberg said in the statement that launched his campaign. “We cannot afford four more years of President Trump’s reckless and unethical actions. He represents an existential threat to our country and our values. If he wins another term in office, we may never recover from the damage.”

He listed the climate crisis as one of the problems he would seek to tackle as president and said he would outline a plan for “fighting climate change” over the course of his campaign.

His website also touted his record on climate, including his successful work with the Sierra Club’s Beyond Coal campaign, which has retired almost 300 U.S. coal plants, and his America’s Pledge initiative with former California Gov. Jerry Brown, to organize cities, states and businesses to meet the U.S. Paris agreement pledge, despite Trump’s decision to withdraw.

He also reduced New York City’s carbon footprint by 14 percent as mayor and serves as the UN Secretary-General’s Special Envoy for Climate Action, according to his website.

“As president, Mike will ensure the federal government leads an ambitious agenda to accelerate the U.S. toward a clean energy economy,” his campaign promised.

But environmental activists are expressing concerns. In addition to there already being too many candidates vying to defeat President Donald Trump, there’s specific concern that the centrist, pro-business Bloomberg is out of step with the social justice orientation of the current climate movement as exemplified by the Green New Deal.

With Bloomberg joining the presidential race, which already includes billionaire Tom Steyer addressing climate change as a top issue in his own campaign, there’s a sense that climate issues are moving away from the grassroots movement that elevated it as a priority.

“[His run] creates the perception that only rich white people care about climate, and we have been working so hard to overcome that assumption by bringing climate justice front and center with the Green New Deal,” RL Miller, political director of the advocacy group Climate Hawks Vote, told InsideClimate News.

Bloomberg’s campaign strategy immediately raised criticism about income inequality. The campaign launched with the largest ad buy in primary history, reserving more than million worth of TV ads, The Guardian reported. Bloomberg is making up for his late entry by opting out of the first four states in the primary calendar and focusing on the Super Tuesday states in March. One of the richest men in the world, he is also entirely self-funding his run, which means he will not be able to participate in debates under current rules, which require a candidate to amass at least 10,000 individual donations.

“I’m disgusted by the idea that Michael Bloomberg or any billionaire thinks they can circumvent the political process and spend tens of millions of dollars to buy elections,” Independent Vermont Senator and primary contender Bernie Sanders tweeted Saturday. “If you can’t build grassroots support for your candidacy, you have no business running for president.”

I’m disgusted by the idea that Michael Bloomberg or any billionaire thinks they can circumvent the political process and spend tens of millions of dollars to buy elections.

If you can’t build grassroots support for your candidacy, you have no business running for president. https://t.co/jyIBVXUToj

This matters for the climate movement, co-founder of the nonprofit Carbon Tax Center Charles Komanoff told InsideClimate News, because he sees taxing the extremely wealthy as an essential part of funding a transition to renewable energy while addressing income inequality.