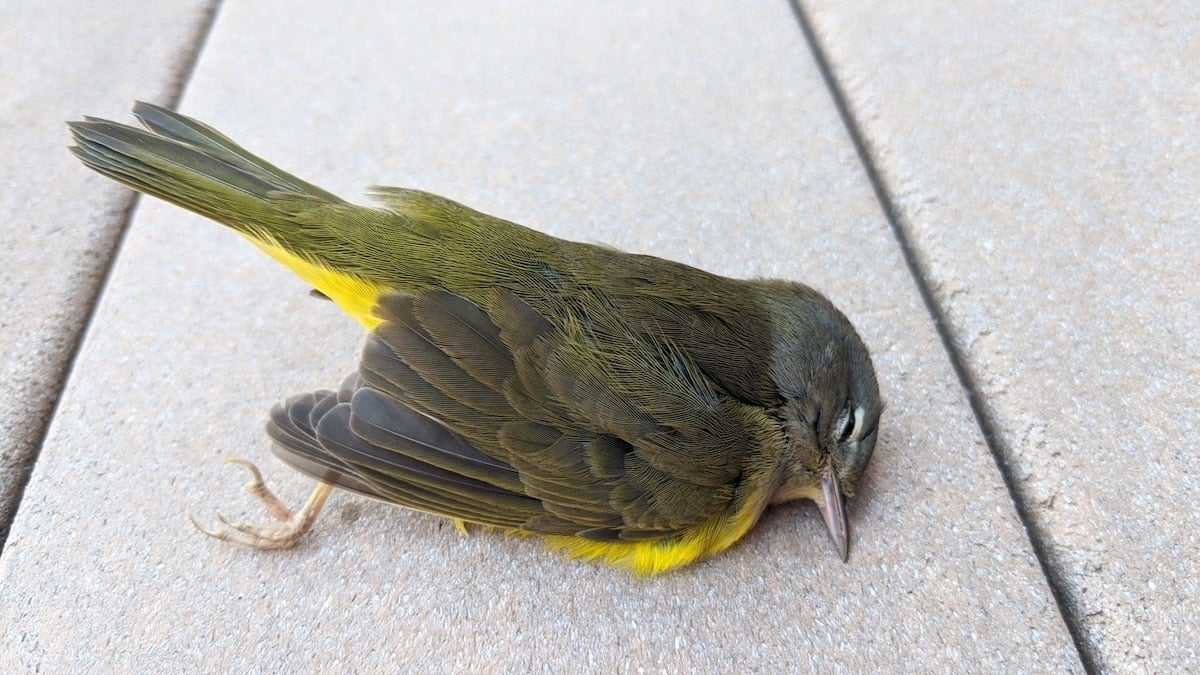 The American Southwest is witnessing a horrific and inexplicable phenomenon, likely due to the climate crisis: hundreds of thousands of migratory birds are dying off. The birds seem to be just “falling out of the sky,” as The Guardian reported.

An eerie scene was captured on video and posted to the Las Cruces-Sun News in New Mexico. Journalist Austin Fisher was out on a hike on Sunday when he encountered a trail of dead birds. The New Mexico Game & Fish department has been inundated with calls from residents concerned about all the dead birds they are seeing.

“We started receiving calls a week ago on Tuesday the eighth and they haven’t really stopped since then from all across the state,” said Game & Fish Department spokeswoman Tristanna Bickford, as The Santa Fe New Mexican reported. “We can’t say any official cause at this time. That would be pure speculation.”

The die-off isn’t just happening in New Mexico. According to The Guardian, clusters of various dead birds, including flycatchers, swallows, bluebirds, blackbirds, sparrows and warblers have been spotted in Colorado, Texas, Arizona and Nebraska.

“It’s just terrible,” said Martha Desmond, a professor at the New Mexico State University’s department of fish, wildlife and conservation ecology, to CNN. “The number is in the six figures. Just by looking at the scope of what we’re seeing, we know this is a very large event, hundreds of thousands and maybe even millions of dead birds, and we’re looking at the higher end of that.”

“I collected over a dozen in just a two-mile stretch in front of my house,” said Desmond, as The Guardian reported. “To see this and to be picking up these carcasses and realizing how widespread this is, is personally devastating. To see this many individuals and species dying is a national tragedy.”

While the New Mexico Game & Fish Department started receiving calls on Sept. 8, Desmond’s timeline goes back to Aug. 20 when a large number of dead birds were spotted at the U.S. Army White Sands Missile Range and White Sands National Monument.

“On the missile range we might in a week find, get a report of, less than half a dozen birds,” Trish Butler, a biologist at the range, told KOB, the NBC News affiliate in Albuquerque.

“This last week we’ve had a couple hundred, so that really got our attention.”

According to NBC News, why exactly the mass die-off is happening is a mystery. Desmond suggested that a cold front that hit New Mexico or a recent drought might play a part. She added that the wildfires burning across the west may be a factor.

“There may have been some damage to these birds in their lungs. It may have pushed them out early when they weren’t ready to migrate,” she said to NBC News.

The birds migrate from Alaska and Canada to reach their winter homes in Central and South America. Besides the smoke damaging their lungs, it is possible that the wildfires forced the birds to change their pattern away from resource-rich coastal areas to a desert where the food and water they need to refuel are much more difficult to find, according to The Guardian. In other words, they may be starving, dehydrated and exhausted.

“The birds seem to be in relatively good condition, except that they are extremely emaciated,” wrote Allison Salas, a graduate student at New Mexico State University, on Twitter. “They have no fat reserves and barely any muscle mass. Almost as if they have been flying until they just couldn’t fly anymore.”

The collected carcasses are being logged and sent to two facilities for testing, the National Wildlife Health Centre in Wisconsin and the U.S. Fish and Wildlife Service forensics laboratory in Oregon. It’s expected that testing will take a couple of weeks before officials can state a cause of death, according to The Guardian.

In the meantime, scientists are crowdsourcing research and asking citizens to log any dead bird sightings on the website of the Southwest Avian Mortality Project.