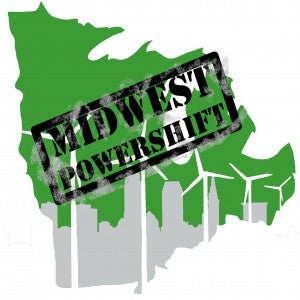 More than 400 youth activists and other concerned citizens will rally in Cleveland on Sunday, Oct. 21, calling on President Barack Obama to reject the Keystone XL tar sands pipeline, a project that has been called game over for the climate.

Dozens of the youth vote leaders attending the rally are former Obama campaign volunteers and staffers in Cleveland for the Midwest Power Shift Conference.

“Young people in Ohio, and across the Midwest are demanding President Obama reject the Keystone XL pipeline and are organizing for a clean energy economy,” said Katie McChesney, a lead organizer of the Ohio Student Environmental Coalition and Midwest Power Shift. “On Sunday we’re rallying to demand President Obama says no to Keystone XL and yes to clean energy jobs for the heartland.”

The Midwest Power Shift Conference will bring together more than 400 youth organizers and activists concerned about the environment and energy policy. Sunday’s march and rally continues a long line of action against the Keystone XL tar sands pipeline by Energy Action Coalition, including rallies at Obama fundraisers and speeches in St. Louis, Pittsburgh, Pa., Orlando, Fla., Asheville, N.C., and Detroit. Energy Action Coalition also led a camp-in before the State Department’s final public hearing on the Keystone XL pipeline, securing 45 of the first public testimonials for youth, faith, environmental and indigenous leaders speaking out against the potentially catastrophic project.

“The youth vote is demanding leadership from President Obama, and not only in critical states like Ohio. Young people across the country who fuel campaigns with volunteer hours and energy are organizing to remind President Obama of their power,” said Maura Cowley, co-director of the Energy Action Coalition. “President Obama needs us, and we need him. It’s time for him to show the leadership we demand and stand up to big oil to reject the Keystone XL tar sands pipeline.”

WHAT: March and rally demanding President Obama stand up to big oil and reject the Keystone XL pipeline

Energy Action Coalition is a coalition of 50 youth-led environmental and social justice groups working together to build the youth clean energy and climate movement. Working with hundreds of campus and youth groups, dozens of youth networks, and hundreds of thousands of young people, Energy Action Coalition and its partners have united a burgeoning movement behind winning local victories and coordinating on state, regional, and national levels in the United States and Canada.