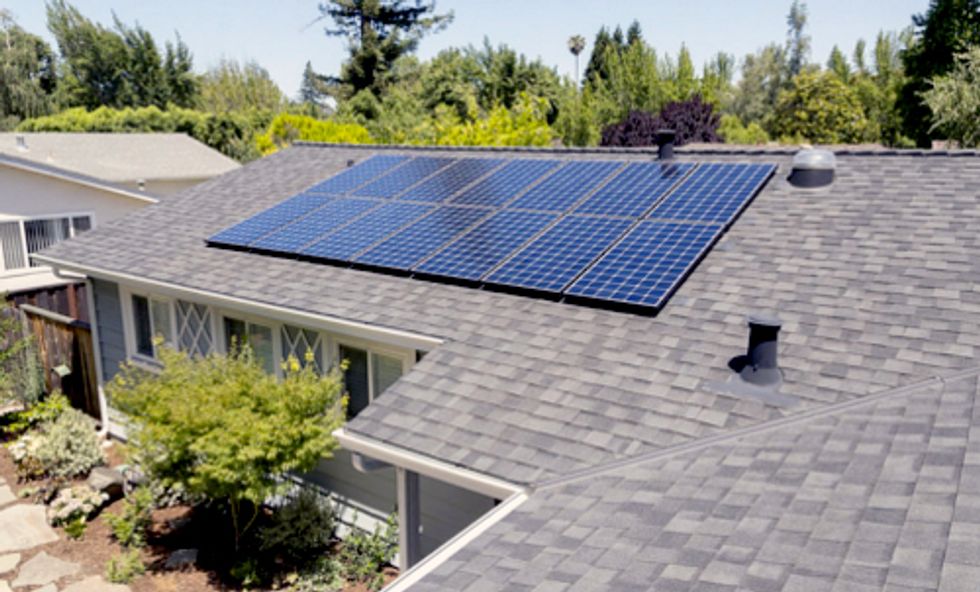 If you thought there was financial exclusivity in installing residential rooftop solar panels, think again.

Households with middle-class income—$40,000 to $90,000—are adding panels to their roofs more frequently than any segment, according to a report from the Center for American Progress (CAP).

"Middle-class homeowners are overwhelmingly taking advantage of rooftop solar," said Mari Hernandez, a research associate at CAP told ClimateWire. "It really is becoming more of a middle-class tool and a middle-class energy resource."

That's been especially true of residents in Arizona, California and New Jersey, the three states with the most growth in solar-panel installation from 2011 to 2012. While CAP's report centers on residents in those states, the educational institute says its findings are aligned with trends around the country.

The report shows that the average income of those getting the installations is far from the high end of the middle-class range. Median income for residents in Arizona and California was $40,000 to $50,000, and $30,000 to $40,000 in New Jersey.

Since 2000, U.S. residents installed more than 1,460 megawatts (MW) of solar energy on the roofs of their homes. More than 80 percent of that capacity was added in the last four years. They installed 488 MW in 2012—a 62-percent increase over 2011 installations and almost double the capacity added in 2010.

Pacific Gas and Electric Co. (PG&E) of Northern California reported the highest number of rooftop solar customers in the country, with more than 95,000 as of September. That figure has been growing by about 1,800 each month.

"We definitely agree that rooftop solar's come of age."