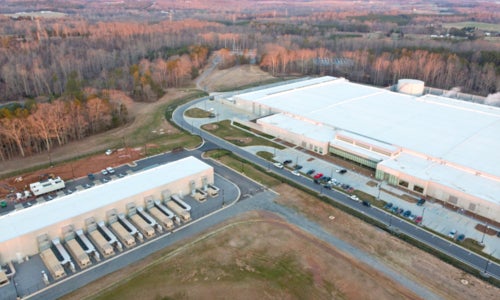 It takes a lot of energy to enable web users to stream videos, downloads books and other online activities—about the same amount it would take to power 30 nuclear power plants.

Data centers around the world use about 30 gigawatts, or 30 billion watts of electricity, according to Green House Data. U.S. data centers account for nearly one-third of that amount, according to estimates compiled by The New York Times. 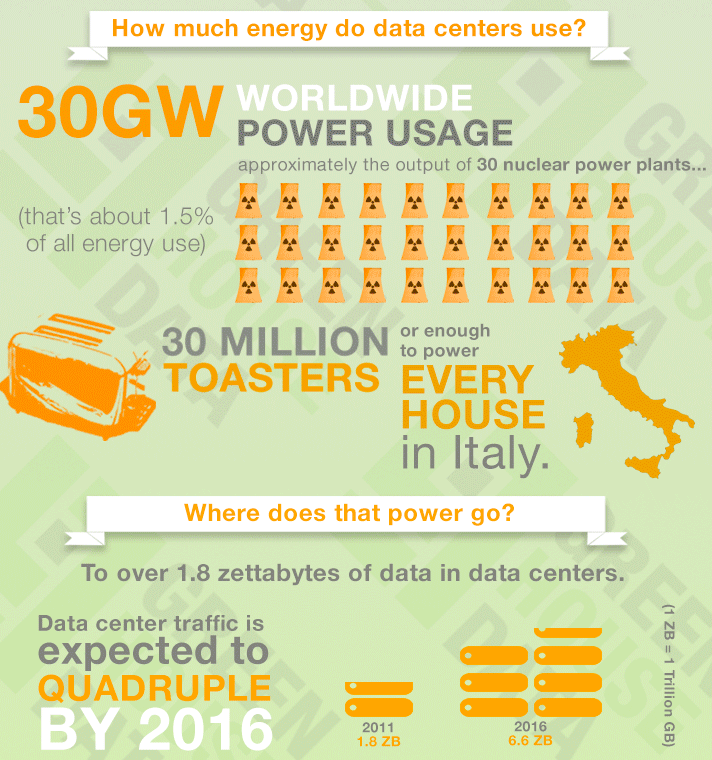 Stanford University research fellow Jonathan G. Koomey told the publication that U.S. data centers used about 76 billion kilowatt-hours in 2010, which equates to about 2 percent of the electricity used by the entire country that year.

The software corporation announced Monday that it would buy 110 megawatts (MW) of energy from a wind farm 70 miles northwest of Fort Worth, Texas to power its San Antonio data center. The 20-year agreement marks the first time the company will power a data center with clean energy.

The power will come from RES Americas‘ Keechi Wind project, which will begin construction early next year. The wind farm will include 55 wind turbines manufactured by Vestas, largely in Colorado. 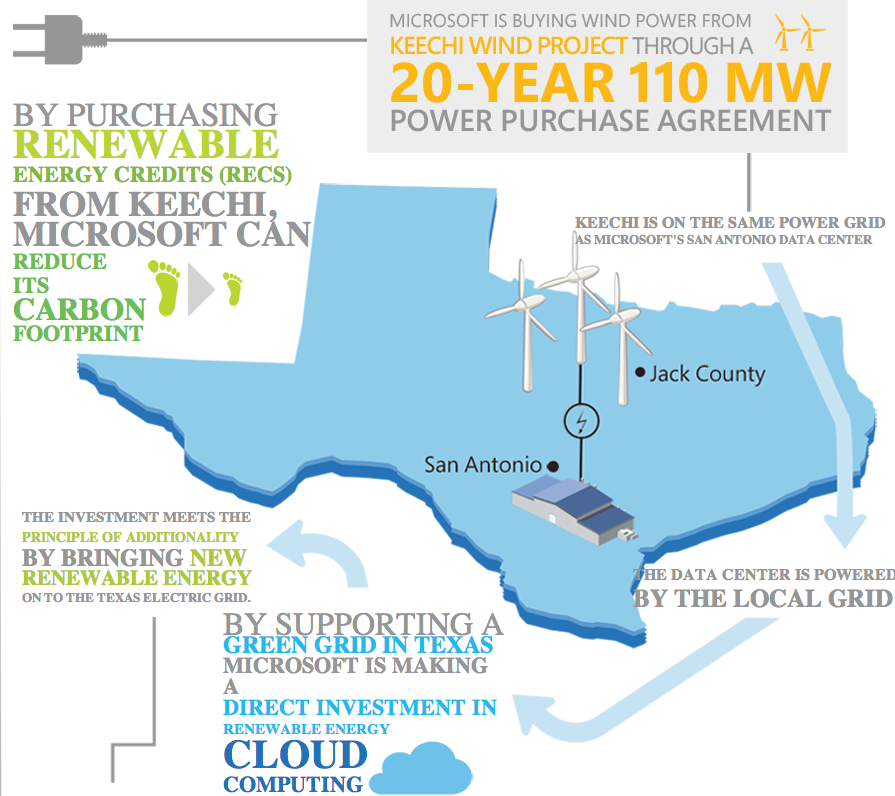 “For Microsoft, signing a long-term [power purchase agreement] for wind energy is a significant milestone in our commitment to carbon neutrality,” Robert Bernard wrote on the company’s Green Blog. “It also underscores how the carbon fee is changing the way Microsoft does business globally. By placing a dollar value on a metric ton of carbon, Microsoft is building environmental sustainability into our long term business planning and creating a blueprint for more purchases of renewable energy like this one.”

Earlier this year, Apple said it would power its iCloud data centers with renewable energy instead of coal. An environmental report released in March revealed:

Google purchased 48 MW of wind energy in 2012 to power a data center in Oklahoma that helps store Gmail, Google Docs and search engine results, Greenpeace reported. The company was faced with using a 50-percent coal mix before striking a power purchase agreement with the local utility.

“We invest in these projects because they make business sense, because they help put more renewable energy on the grid and because they have a positive impact on the local economies where they operate,” Google corporate finance head Kojo Ako-Asare said.