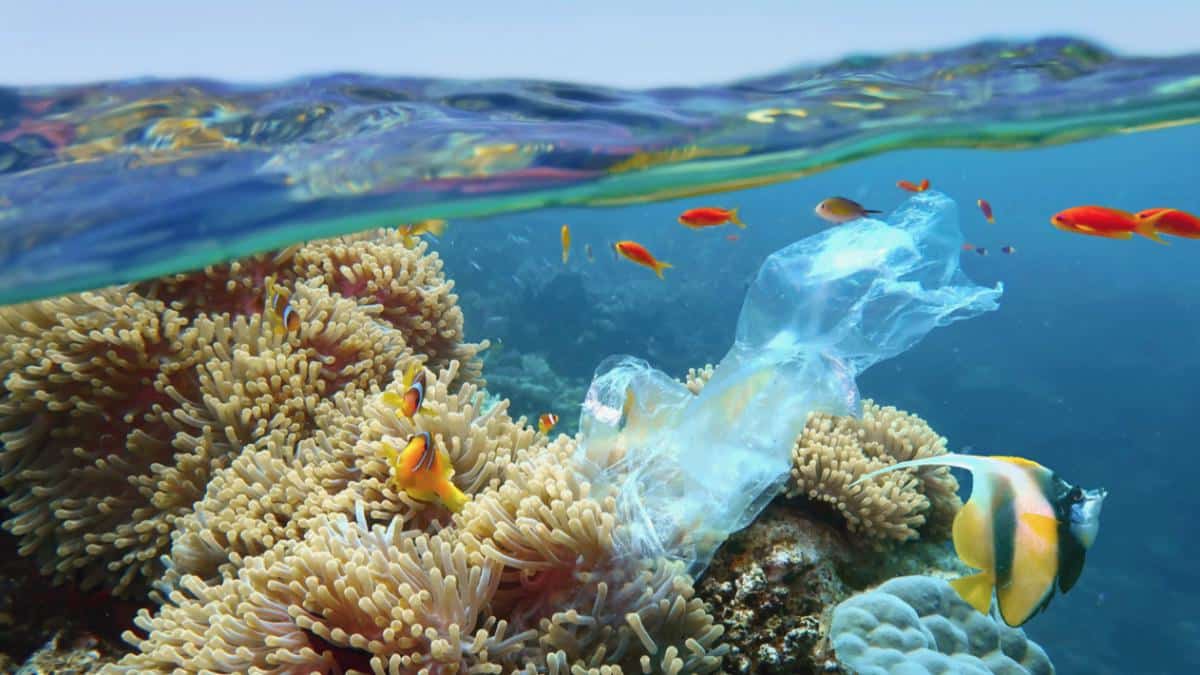 A new study finds microplastic particles exposed to freshwater or saltwater environments are more likely to be taken up into an animal's cells. Tunatura / Getty Images

Microplastic particles exposed to freshwater or saltwater environments are more likely than original, non-exposed particles to be taken up into an animal’s cells, according to new research.

The study offers new evidence that certain microplastics have more potential to infiltrate animals’ bodies than previously thought – and this could be of particular concern for aquatic animals.

Microplastics, or tiny pieces of plastic, are everywhere, including Mount Everest. Over time, plastics discarded by humans break down into small pieces and spread across the environment, especially marine and freshwater ecosystems, and are consumed by organisms including mussels and zebrafish.

But so much about microplastics has not been studied, including whether particles can enter the cells of different animals and organisms and cause health risks, or affect the environment.

“There are plenty of knowledge gaps,” Christian Laforsch, professor of animal ecology at the University of Bayreuth and senior author of the study, told EHN. “For instance, microplastics go from the digestive tract into the tissue [of certain aquatic organisms], but no one knows exactly why.”

In the new study, Laforsch and colleagues found that microplastics exposed to freshwater or saltwater for several weeks are around 10 times more likely to enter the cells of mice compared to pristine particles. While the study was only done using mice cells, it’s possible that a similar relationship could be observed in aquatic animals that encounter such non-pristine microplastics on a regular basis, which could also have further unknown implications for their predators (including humans).

However, the results don’t necessarily suggest that microplastics exposed to freshwater or saltwater pose a greater health risk to human or other organisms – that still needs to be studied further.

“We can’t make direct conclusions about the health effects [of the microplastics studied],” Holger Kress, a professor of biological physics at the University of Bayreuth who was also involved in the study, told EHN.

Many physical and biological properties – for instance, the texture, charge, or size – of a particle may be responsible for the environmental and health effects of microplastics. And understanding which properties are responsible is a step-by-step scientific process.

“It [the field of microplastics] is such a complex topic, but you have to start somewhere,” Laforsch said. “If we know what plastic properties might be toxic, we can design properties that might not harm the environment.”

Furthermore, pristine particles have been primarily used in microplastic-related toxicological studies to date. But plastic particles in nature are often far from pristine.

“A lot of plastics spend time spiraling through the environment, and the watershed is an active vector to transport them to an aquatic environment,” Janice Brahney, an assistant professor of watershed sciences at Utah State University who was not involved in the study, told EHN.

Brahney, who recently published a study showing how many microplastic particles accumulate in isolated areas of the United States, notes that the microplastics she has observed through her previous work have in fact not been pristine.

She adds that because the plastics are so long-lived, “it’s very plausible that most environmental plastics will have some aquatic lifetime.”

Pristine microplastics are not very representative of those found in the environment, both in terms of physical properties and how likely they are to get absorbed by an organism. And this may cause scientists to reconsider how they study microplastics in the laboratory going forward.

“The laboratory studies that only use pristine particles may strongly underestimate the strength of interaction between an organism’s cells and the particles,” Kress said.

Reposted with permission from EHN.