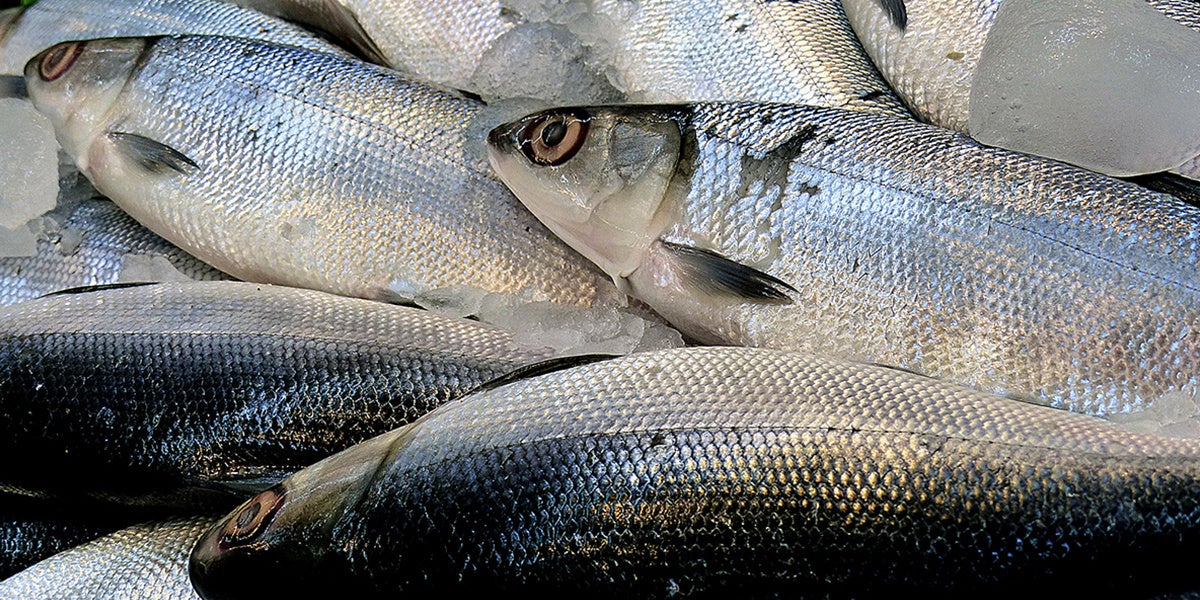 Each year,
8 million tons of plastic leaches into our oceans. That trash is inadvertently consumed by fish and other marine life, thus impacting the larger food chain. In fact, studies have already found that sea salt can be rich in plastic and that we likely consume the tiny bits that get embedded in many types of seafood.

Despite the pervasiveness of plastic, not much is known about how consuming it affects human health.

Now,
BBC News reports, Indonesian scientists have launched the largest-ever study on the health risks of microplastic contamination in seafood. Indonesia happens to be the second-largest ocean plastic polluter behind China.

For the study, the researchers will track the diets of 2,000 people over a period of 2-4 weeks in the industrial port city of Semarang, where residents tend to eat a lot of seafood.

During a research trip to fish farms on the coast near Semarang, the researchers observed that nearly every species tested, including the majority of mullet, shrimp and milkfish, contained some plastic particles. Tilapia had the highest concentration, with 85 percent of those tested containing plastic. Cockles had the lowest amount, with 52 percent.

BBC News noted that the goal of the study is to understand how much plastic is contained in seafood, how much of it people eat and whether there is a safe level of consumption.

The study is led by food technologist Inneke Hantoro of Soegijapranata Catholic University.

Hantoro explained to BBC News that just because there is a lack of research in this area, “we cannot let the situation run as usual because we know consumers are starting to be aware of the presence of plastics—it will make them worry, so we need to do something.”

Until a definitive safety standard for plastic consumption is available, Hantoro and her team hope to create some “interim guidance.”

“We could propose a food safety standard to remove seafood that contains a very high level of microplastics from the market—people don’t want to buy something that contains plastic,” she added.