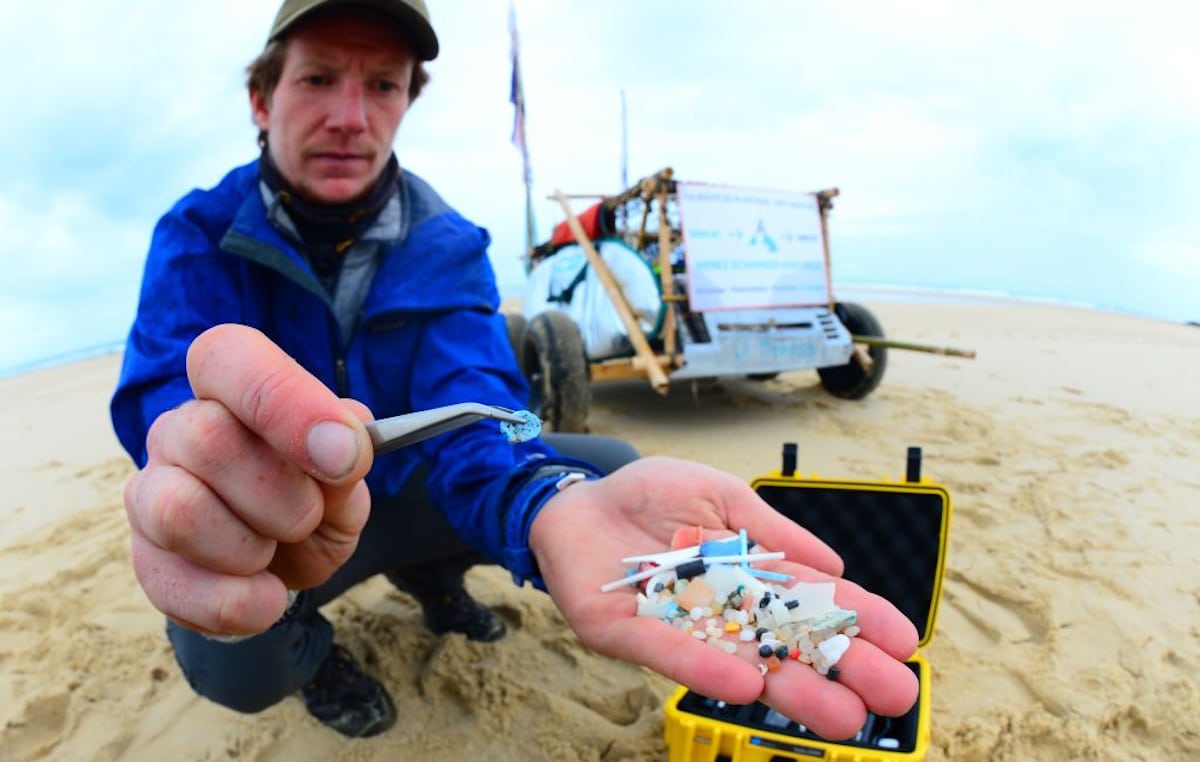 Microplastics — small pieces of plastic less than five millimeters long — are the most common type of debris found in the ocean, according to the National Oceanic and Atmospheric Administration’s National Ocean Service. But before they make it into the ocean, a new study has found that they can become stuck in riverbeds for up to seven years.

Prior to the study, researchers believed that the tiny, lightweight plastics flowed rapidly through rivers without becoming snagged on riverbed deposits, Northwestern Now reported. But the researchers found that when water on the surface of a river mixes with water from the river bottom, it can trap microplastics that might otherwise float, in a process called hyporheic exchange. The study, “Microplastic accumulation in riverbed sediment via hyporheic exchange from headwaters to mainstems,” by researchers led by Northwestern University and the University of Birmingham, was published in the journal Science Advances.

“Most of what we know about plastics pollution is from the oceans because it’s very visible there,” said Aaron Packman, a senior author of the study and a professor of civil and environmental engineering at Northwestern’s McCormick School of Engineering and director of the Northwestern Center for Water Research, reported Northwestern Now. “Now, we know that small plastic particles, fragments and fibers can be found nearly everywhere. However, we still don’t know what happens to the particles discharged from cities and wastewater. Most of the work thus far has been to document where plastic particles can be found and how much is reaching the ocean. Our work shows that a lot of microplastics from urban wastewater end up depositing near the river’s source and take a long time to be transported downstream to oceans.”

For the study the researchers developed a new model that describes hyporheic exchange processes and focused on microplastics 100 micrometers and smaller. The study is the first to examine the buildup of microplastics and how long they remain in rivers or streams, from the original source through the entire system.

“The retention of microplastics we observed wasn’t a surprise because we already understood this happens with natural organic particles,” said Packman, Northwestern Now reported. “The difference is that natural particles biodegrade, whereas a lot of plastics just accumulate. Because plastics don’t degrade, they stay in the freshwater environment for a long time — until they are washed out by river flow.”

The researchers found that the microplastics remained longest at the headwaters of a river or stream, averaging five hours per kilometer, Nature World News reported. But during low-flow periods, it could take as long as seven years for the plastic particles to move one kilometer. During these times, organisms in the waterway are more prone to ingesting the microplastics, degenerating the health of the ecosystem.

Microplastics reduced their residence time as they traveled downstream of the headwaters, staying the least amount of time in large creeks, according to Northwestern News.

“These deposited microplastics cause ecological damage, and the large amount of deposited particles means that it will take a very long time for all of them to be washed out of our freshwater ecosystems,” Packman said, as reported by Northwestern News. “This information points us to consider whether we need solutions to remove these plastics to restore freshwater ecosystems.”