Microplastics Pollute Rivers and Lakes, Too 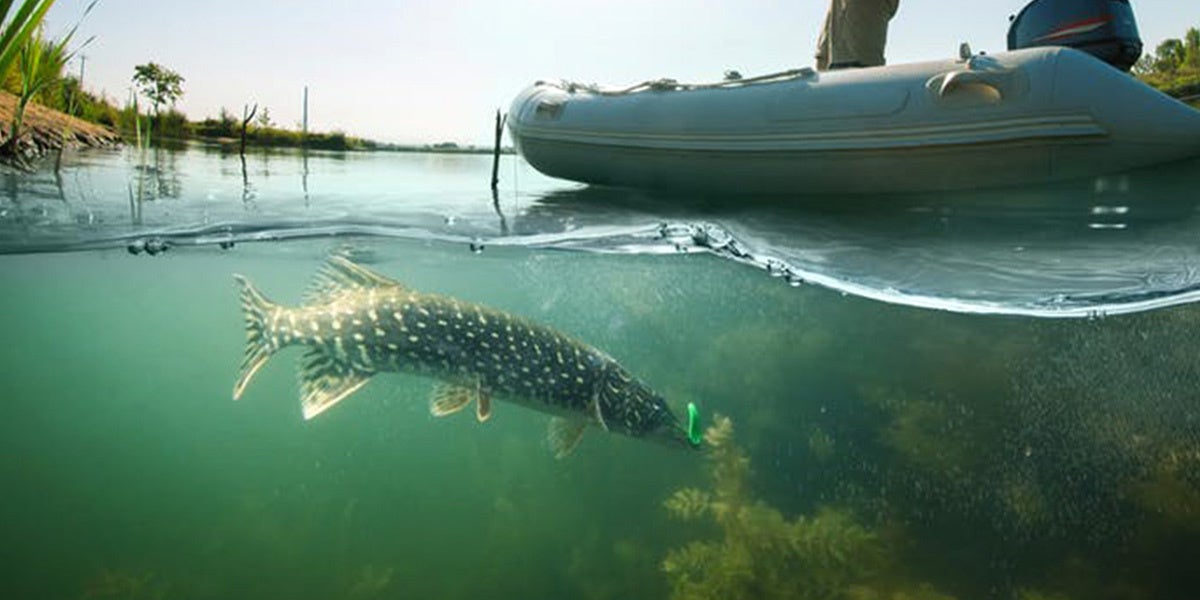 By Kennedy Bucci and Chelsea Rochman

When you think of microplastic pollution, plastic debris less than five millimeters in size, you likely envision the ocean—probably because ocean gyres gained notoriety for being a microplastic soup.

But what about our lakes, rivers, forests and fields? They can be just as contaminated with microplastic debris as the oceans.

Until recently, these environments were described as conduits—ways for plastics to get to the oceans. But now we’re seeing rivers, lakes and soil in a different light, as reservoirs for plastic particles.

In the past five years, researchers have started to study the sources, fates and effects of microplastics in freshwater and terrestrial ecosystems, but only a handful of studies have been done so far.

Microplastics in Our Great Lakes

Here in North America, when we think of freshwater, we often think of the Laurentian Great Lakes. They hold more than one fifth of the world’s freshwater, are the basis of billions of dollars in economic activity and are a point of pride for those living on their shorelines.

For the Indigenous peoples of Canada, the Great Lakes hold even more importance. There are more than 75 First Nations communities in the Great Lakes watershed, all of whom fish the waters for food or sport.

It is no secret, however, that the Great Lakes have had their share of ecological problems. Most have been caused by us, including the ongoing issues of nutrient-loading, invasive species like zebra and quagga mussels, tributary dams and reduced ice cover. 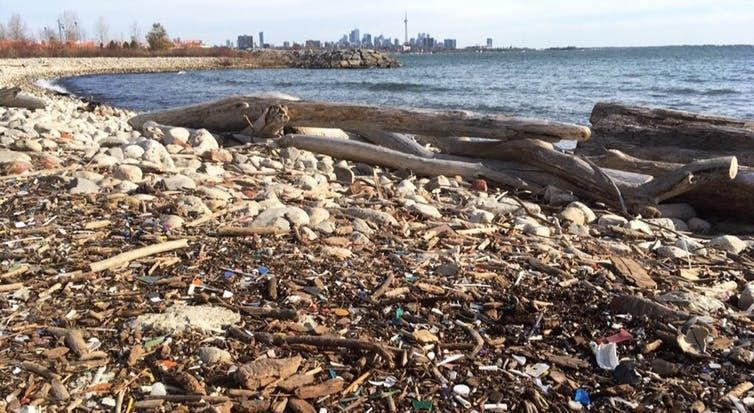 Plastic debris washed up on the shore of Lake Ontario, near TorontoKennedy Bucci, author provided

Another study found that a liter of sediment from the St. Lawrence River contained up to 1,000 spherical microplastics—on par with the world’s most polluted marine sediments.

Microplastics are now globally distributed in freshwater lakes and rivers. They’ve been found in North America, Europe and Asia.

Microplastics fill the digestive tracts of the wildlife that inhabit freshwater ecosystems.

In a Texas river basin, for example, 45 percent of captured sunfish had reportedly consumed microplastics. Another study found that 12 percent of gudgeons, a small bottom-dwelling fish, caught in a French stream had microplastics in their guts.

Closer to home, our lab has found that fish from the Great Lakes can have up to 40 microplastics in their digestive tracts. Many of these are microfibers—small strands of synthetic textiles, some of which come from our clothing.

In marine animals, microplastics can alter gene expression, cause inflammation in tissues and affect reproductive success. But we know much less about the effects in freshwater wildlife, which may be different from marine animals. For example, marine fish drink water, whereas freshwater fish absorb water through their gills and skin; this may lead to different exposure concentrations of microplastics.

Although some studies have examined population- and community-level effects, most have focused on the effects on individual animals. As a result, evidence regarding the effects of microplastics on populations of animals are scarce. We need to ask how these pollutants affect survival, reproduction and the interactions between species in a community.

Our lab is beginning to do just that. For example, an ongoing study is comparing the effects of a range of microplastics found in Lake Ontario, and measuring their effects on freshwater fish survival, development and reproduction.

The oceans cover more than 70 percent of our globe. Still, the biodiversity on land and in freshwater is more than five times that in the oceans. In addition, the global population relies on freshwater and terrestrial ecosystems for food, water and recreation. As such, microplastic research must include all ecosystems.

We are using plastic products at an unprecedented rate, and have already generated an estimated 6,300 metric tons of plastic waste. Although some of this is recycled, about 79 percent is accumulating in landfills or the environment.

Moving forward, we must invest in gathering more scientific evidence about the sources, fate and effects of microplastics in terrestrial and freshwater ecosystems. At the same time, we know enough about plastic pollution to act.

As Canada takes presidency of the G7 this year, we applaud our government, which has committed to take leadership in preventing further contamination of the planet by plastic pollution.