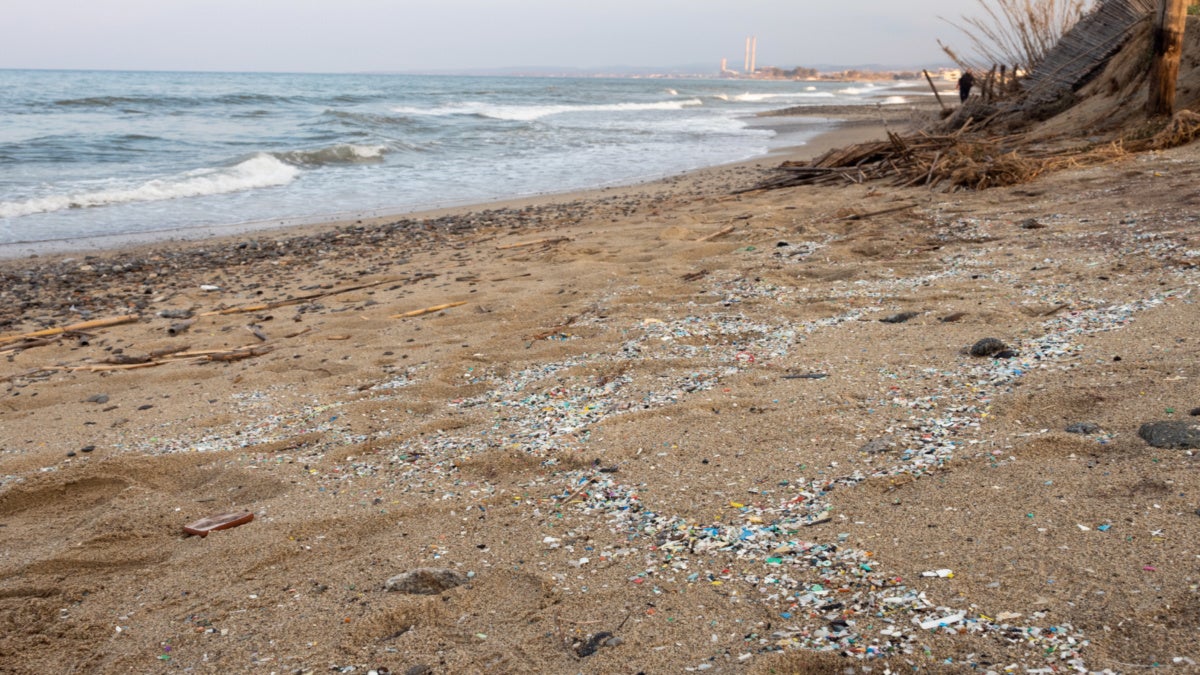 On March 2, 2019, the Schiavonea beach in Calabria, Italy is littered with microplastics lifted from the seabed following a storm in the Ionian sea. Alfonso Di Vincenzo / KONTROLAB / LightRocket / Getty Images

Scientists have discovered the highest concentration of microplastics ever recorded on the seafloor—1.9 million pieces in one square meter (approximately 11 square feet) of the Mediterranean.

But the finding, published in Science Thursday, suggests a much broader problem as deep-sea currents carry plastics to microplastic “hotspots” that may also be deep-sea ecosystems rich in biodiversity. For study coauthor professor Elda Miramontes of the University of Bremen, Germany, the results were a call to action.

“We’re all making an effort to improve our safety and we are all staying at home and changing our lives – changing our work life, or even stopping work,” she told BBC News, referring to the global response to the new coronavirus. “We’re doing all this so that people are not affected by this sickness. We have to think in the same way when we protect our oceans.”

Researchers from @OfficialUoM have found the highest ever level of microplastic in the deep ocean, with 1.9 million pieces covering just one square metre https://t.co/SBMWYV9Usb pic.twitter.com/oqhCnVeH41

Of the more than ten million tons of plastic that enter the world’s oceans every year, less than one percent of it stays on the surface. Researchers at the University of Bremen, IFREMER in France, the universities of Manchester and Durham and the National Oceanography Centre in the UK set out to discover what happens to the remaining 99 percent, a University of Manchester press release explained.

They determined that it doesn’t settle on the bottom evenly, but is instead pushed together with other sediments by deep-sea currents.

“Almost everybody has heard of the infamous ocean ‘garbage patches’ of floating plastic, but we were shocked at the high concentrations of microplastics we found in the deep seafloor,” lead study author Dr. Ian Kane of the University of Manchester said in the press release. “We discovered that microplastics are not uniformly distributed across the study area; instead they are distributed by powerful seafloor currents which concentrate them in certain areas.”

Because these currents also distribute oxygen and nutrients, the microplastics may be concentrating in important deep-sea ecosystems.

Since this is the first study to uncover the connection between these currents and microplastic concentration, it can drive research into other seafloor hotspots and their impact on marine life. Other studies have shown that toxic chemicals from plastics can block the digestive systems of insects and marine animals, CNBC pointed out. They can also harm their development and reproductive systems. Microplastics have been found in 114 freshwater and ocean species to date.

The research took place in the Tyrrhenian basin between Italy, Corsica and Sardinia, but there is nothing unique to that area that could not occur in other ocean regions with strong deep-ocean currents, BBC News explained.

The microplastic fibers on the seafloor mostly come from textiles and clothing, the University of Manchester said. They end up there because wastewater treatment plants do not filter them effectively.

Roland Geyer, a professor of industrial ecology at the Bren School of Environmental Science and Management at the University of California at Santa Barbara, was not involved with the current research, but is part of the broader effort to understand how plastics enter the oceans.

“We still have a very poor understanding of how much total plastic has accumulated in the oceans. There seems to be one emerging scientific consensus, which is that most of that plastic is not floating on the ocean surface,” he told BBC News. “Many scientists now think that most of the plastic is likely to be on the ocean floor, but the water column and the beaches are also likely to contain major quantities. We really should all be completely focused on stopping plastic from entering the oceans in the first place.”