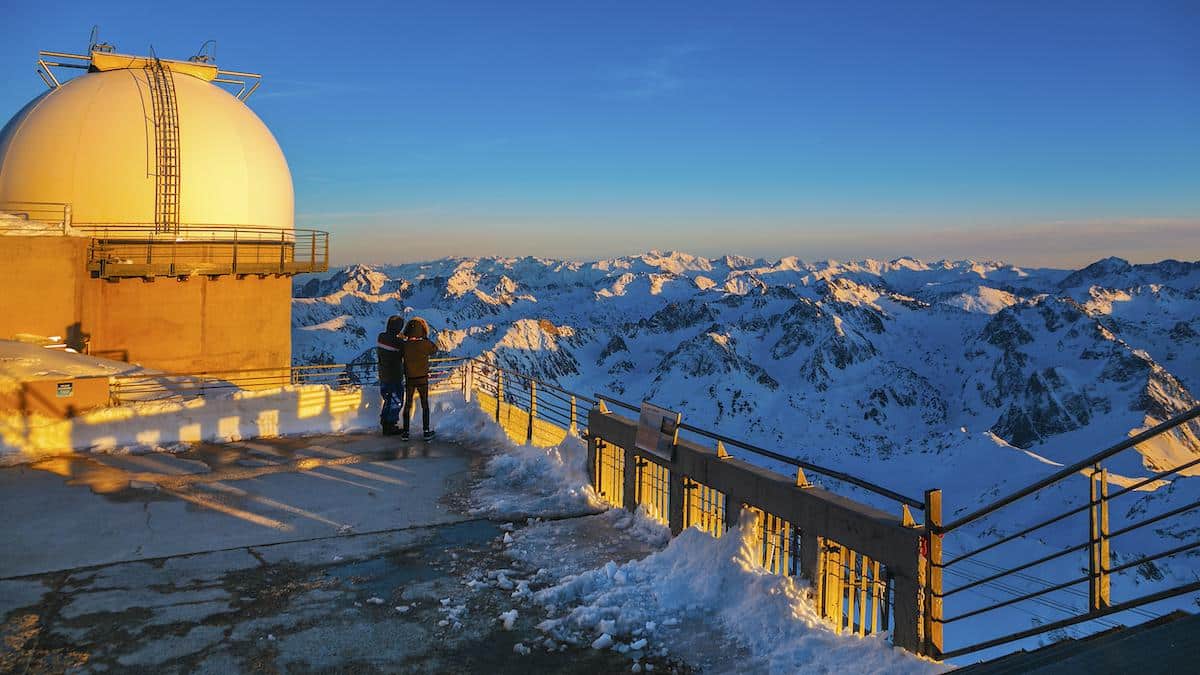 It seems microplastics — tiny plastic fragments that measure less than five millimeters in length and come from a variety of sources, including clothing, packaging, cosmetics and tires — are everywhere these days, even at the Pic du Midi Observatory, 9,439 feet above sea level in the French Pyrenees.

In a new study conducted by Steve and Deonie Allen of the Centre for Water, Environment, Sustainability and Public Health at the University of Strathclyde in Glasgow, researchers found that the origins of the microplastics were as far flung as North Africa and North America. But how had these tiny pieces of plastic managed to make such a journey? The answer lies in the heights the microplastics reached in Earth’s troposphere. The study found that high wind speeds allowed the microplastics to travel around the globe without much friction or interference.

“Once microplastics hit the free troposphere it’s the super highway for pollution movement. There’s high wind speed and very little rain up there, so the pollution doesn’t get rained out and it just travels much faster [than in the planetary boundary layer below],” Steve Allen said, as New Scientist reported.

The microplastic particles were found to have traveled 2,800 miles on average during the week prior to arriving at Pic du Midi Observatory, crossing the Atlantic Ocean and Mediterranean Sea before making it to the atmosphere above the Pyrenees, according to the Daily Mail. Researchers said some of the particles might also have come from western Europe. Earlier studies had indicated that microplastics were moving around at a regional level, rather than traveling through Earth’s atmosphere from continent to continent.

According to Steve Allen, some of the plastics originated in the Mediterranean Sea and the Atlantic Ocean. “Plastic leaving the ocean into the air that high – it shows there is no eventual sink for this plastic. It’s just moving around and around in an indefinite cycle,” he said, according to The Guardian.

A majority of the plastic particles found in the French Pyrenees had a diameter between five and 20 micrometers, small enough to be breathed in, reported New Scientist. The research team used a laser to discover that polyethylene, a material frequently used in plastic packaging, was the most prevalent type in the samples.

“We’re not surprised that it’s up there but we’re sad that it is. These tiny particles are excellent transporters of pollution, they act as little balls of Velcro, collecting viruses and other pollutants on the outside of the particle as it moves,” said Deonie Allen, as New Scientist reported.

She said that the plastics problem is a global one and that shipping it abroad as a means of disposal wasn’t an effective strategy, The Guardian reported.

“Wealthy countries think that they’re getting rid of plastic waste when they ship it off to be burned or landfilled in other parts of the world – they’re not, it’s just coming back in a few weeks’ time. There’s no borders in nature,” Steve Allen said, reported New Scientist.