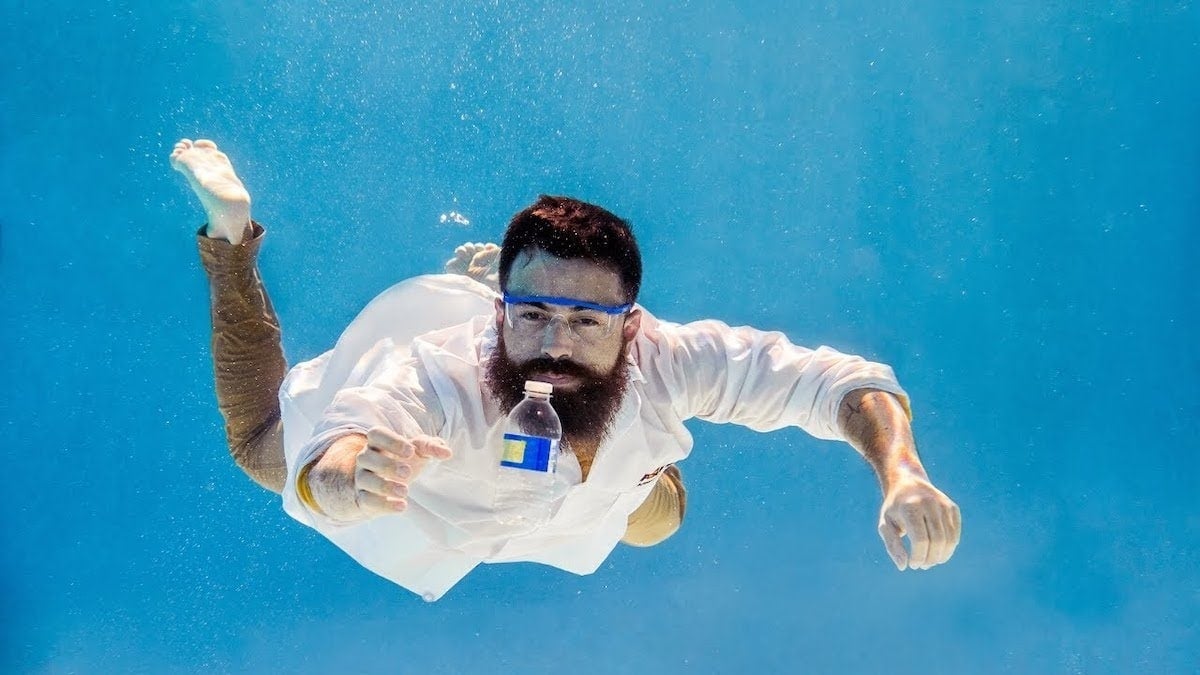 "There's evidence that plastic is making its way into our bodies," said Charles Rolksy, a scientist at Arizona State University. asuresearch / YouTube

Greenpeace UK responded to the reporting on the study by calling to “massively reduce the amount of plastic” produced and used worldwide.

Previous research has shown that people could be eating a credit card’s worth of plastic a day; a study published in 2019 suggests humans eat, drink and breathe almost 74,000 microplastic particles a year. Microplastics have been found in places ranging from the tallest mountains in the world to the depths of the Mariana Trench. Plastic particles in wildlife have been shown to substantially harm entire ecosystems, especially marine organisms.

The Arizona State University scientists developed and tested a new method to identify dozens of plastics in human tissue that could eventually be used to collect global data on microplastic pollution and its impact on people. To test the technique, the scientists used 47 tissue samples from lung, liver, spleen and kidney samples collected from a tissue bank. Researchers then added particles to the samples and found they could detect microplastics in every sample.

These specific tissues were used because these organs are the most likely to be exposed to, filter or collect plastics in the human body. Because the samples were taken from a tissue bank, scientists also were able to analyze the donors’ lifestyles including environmental and occupational exposures.

“It would be naive to believe there is plastic everywhere but just not in us,” Rolf Halden, a scientist on the team, told The Guardian. “We are now providing a research platform that will allow us and others to look for what is invisible — these particles too small for the naked eye to see. The risk [to health] really resides in the small particles … This shared resource will help build a plastic exposure database so that we can compare exposures in organs and groups of people over time and geographic space.”

The researchers found bisphenol A (BPA) in all 47 samples and were also able to detect polyethylene terephthalate (PET) — a chemical used in plastic drink bottles and shopping bags. They also found and analyzed polycarbonate (PC) and polyethylene (PE). These particles can end up in human bodies through the air or by consuming wildlife like seafood that has eaten plastic; or by consuming other foods with trace amounts of plastic from packaging.

The team also developed a computer program that converts the collected data on plastic particle count into units of mass and area.

“In a few short decades, we’ve gone from seeing plastic as a wonderful benefit to considering it a threat,” Charles Rolsky, a member of the team, said in a press release. “There’s evidence that plastic is making its way into our bodies, but very few studies have looked for it there. And at this point, we don’t know whether this plastic is just a nuisance or whether it represents a human health hazard.”