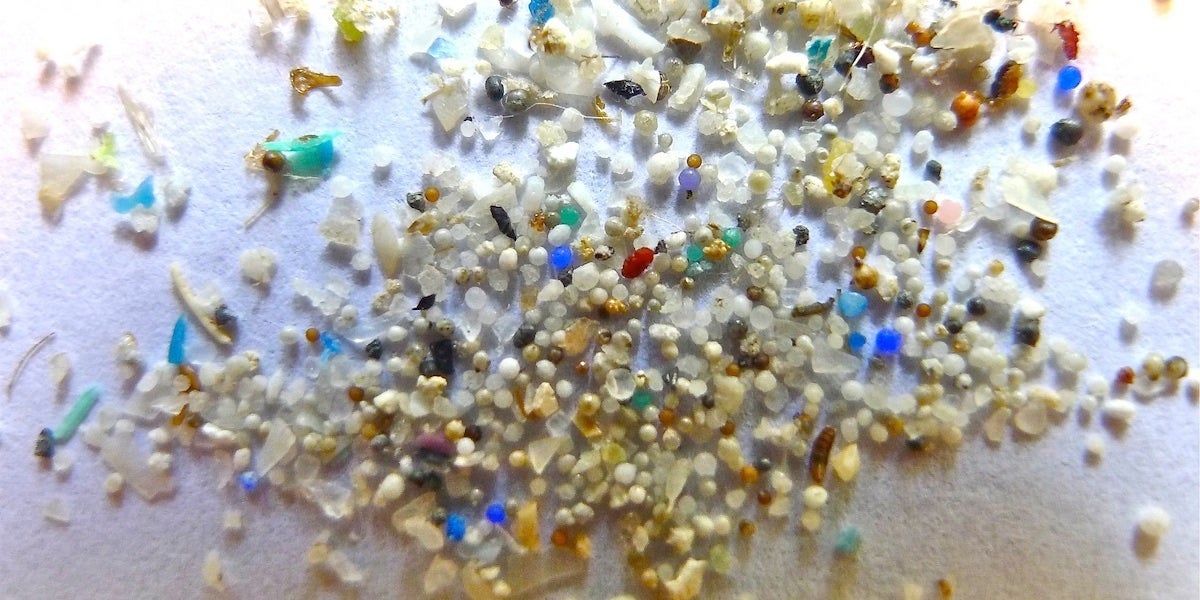 Humanity has created
more than 9 billion tons of plastic since the 1950s, when large-scale production of the material first took off. Of that total, a staggering 76 percent has gone to waste. These days, plastics are found in most table salt, marine life and the deepest parts of the ocean. So is it any surprise that they have made it into our bodies, too?

A small study has detected
microplastics in human excrement for the first time, raising larger questions about how the tiny particles can affect our health.

Plastic particles were found in all the stool samples of eight participants from Finland, Italy, Japan, the Netherlands, Poland, Russia, the UK and Austria, researchers from the Medical University of Vienna and the Environment Agency Austria found. On average, 20 microplastic particles per 10g of stool were detected.

Nine different types of plastic, sized between 50 and 500 micrometers, were identified. Widely used varieties such as polypropylene (PP) and polyethylene-terephthalate (PET) plastics were most commonly found.

“This is the first study of its kind and confirms what we have long suspected, that plastics ultimately reach the human gut,” lead researcher Philipp Schwabl commented in a
press release. “Of particular concern is what this means to us, and especially patients with gastrointestinal diseases.”

Schwabl also raised concerns that the plastics could work their way into other parts of the human body.

“While the highest plastic concentrations in animal studies have been found in the gut, the smallest microplastic particles are capable of entering the blood stream, lymphatic system and may even reach the liver,” he said. “Now that we have first evidence for microplastics inside humans, we need further research to understand what this means for human health.”

The research was presented Monday at the 26th United European Gastroenterology Week in Vienna.

In the pilot study, the participants kept a food diary in the week leading up to their stool sampling. Their entries showed that they were exposed to plastics by consuming foods that were wrapped in plastic or drinking from plastic bottles. Six of the participants also ate sea fish and none were vegetarians.

Based on the findings, the researchers estimated that “more than 50 percent of the world population might have microplastics in their stools,” though larger-scale studies will be needed to confirm this, The Guardian reported.

It has long been suspected that plastics are making their way into the larger food web, as 8 million tons of the stuff leaches into the oceans every year. Microfibers, which get washed into the sea from our laundry, as well as tiny shards that break off of larger plastics, are often gobbled up by plankton, fish and other sea animals, and ultimately consumed by humans.

“I’d say microplastics in poop are not surprising,”
Chelsea Rochman, an ecologist at the University of Toronto, who studies the effects of microplastics on fish, told National Geographic. “For me, it shows we are eating our waste—mismanagement has come back to us on our dinner plates. And yes, we need to study how it may affect humans.”

Governments around the world are waking up to the mounting crisis and have introduced legislation to curb single-use plastic consumption. Some companies are taking steps to reduce their plastic footprint.

Environmental groups are also urging corporations to
stop producing so much plastic in the first place.