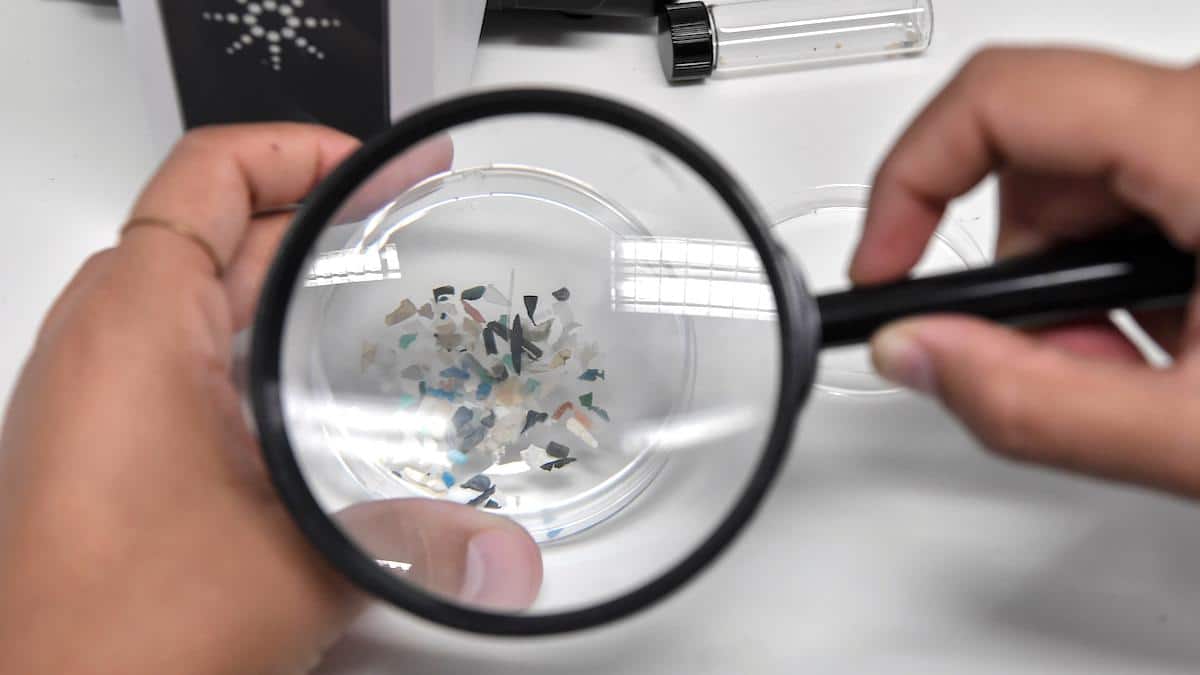 A biologist looks at microplastics found in sea species near Athens, Greece. on November 26, 2019. LOUISA GOULIAMAKI / AFP via Getty Images

A new study from Rice University has found that microplastic particles may allow bacteria to develop higher resistance to antibiotics. As microplastics are just about everywhere — in your takeout containers, tea bags, and clothing — the research is concerning.

With higher antibiotic resistance, bacteria can make it harder for human immune systems to fight off infections.

Scientists at Rice University’s George R. Brown School of Engineering found that microplastics offer a habitat for bacteria, chemical contaminants and genetic materials that give bacteria higher antibiotic resistance. As the plastic particles age, they release chemicals that can make vectors more receptive to horizontal gene transfer. This is how the antibiotic-resistance genes (ARGs) can then spread.

“We were surprised to discover that microplastic aging enhances horizontal ARG,” said Pedro Alvarez, lead author of the study and professor of civil and environmental engineering. “Enhanced dissemination of antibiotic resistance is an overlooked potential impact of microplastics pollution.”

The study, published in the Journal of Hazardous Materials, found that microplastics ranging in size from 100 nanometers to five micrometers in diameter offer an ideal amount of surface area for trapping microbes, which are then open to horizontal gene transfer as the plastics break down and release depolymerization chemicals. These chemicals weaken bacteria membranes to allow the ARGs to enter and make the microbes more resistant to antibiotics.

The concern is that these microplastics make it possible for bacteria to become more and more antibiotic-resistant, even without the presence of antibiotics.

According to the CDC, more than 2.8 million people in the U.S. alone become infected from antibiotic-resistant germs each year. As bacteria become less likely to die from existing antibiotics, it is harder for scientists and doctors to treat infections and protect public health.

It’s not the first study to notice a link between antibiotic-resistance and microplastics. Recent research published in June 2021 noted, “Microplastics could be a carrier of ARGs between the environment and animals. Accumulation of pollutants and dense bacterial communities on microplastics provide favorable conditions for higher transfer rate and evolution of ARGs.”

Both the June 2021 study and the study from Rice University warn the horizontal gene transfer of AGTs via microplastics requires further investigation and analysis, especially as humans face increasing antibiotic-resistant bacteria, considered to be one of the most challenging public health threats.