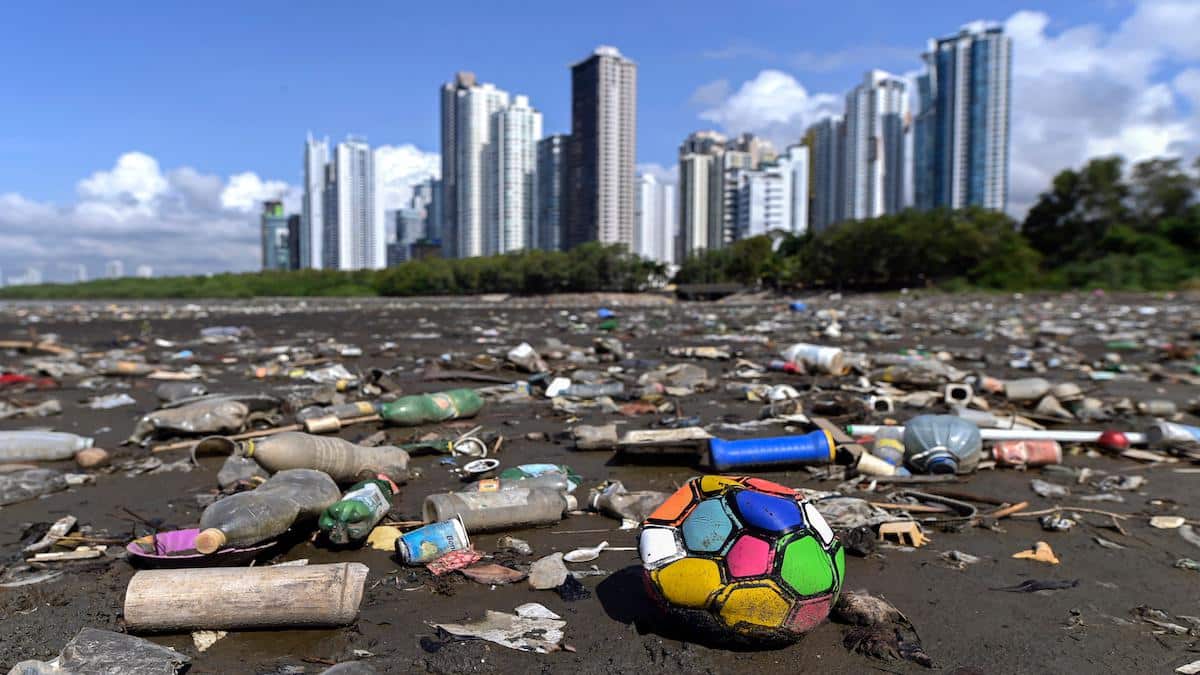 Garbage, including plastic waste, on the beach of Costa del Este in Panama City, Panama on April 19, 2021. LUIS ACOSTA / AFP via Getty Images

It’s no secret that plastic is taking over our planet at a rapid pace. Now, researchers of one study have found that microbes in the oceans and soil all around the world are quickly evolving to digest the plastic. The study authors say these findings show “a measurable effect of plastic pollution on the global microbial ecology.”

Published in Microbial Biology, the study takes the first large-scale look at microbes’ potential to degrade plastics by evaluating DNA samples from the environment as well as a dataset of 95 enzymes that have been previously studied. They found over 30,000 non-redundant enzymes with the potential to degrade 10 different types of plastic.

Even more interesting, the study notes that the type and amount of enzymes correlates with location-specific pollution trends, showing just how ever-growing plastic pollution is causing these organisms to evolve.

“We found multiple lines of evidence supporting the fact that the global microbiome’s plastic-degrading potential correlates strongly with measurements of environmental plastic pollution — a significant demonstration of how the environment is responding to the pressures we are placing on it,” Aleksej Zelezniak, a professor at Chalmers University of Technology in Sweden and co-author of the study, told The Guardian.

According to the study, higher counts of enzymes were found at deeper ocean levels, where there are also higher amounts of plastic. On land, the researchers found that there were more enzymes that can degrade plastics with phthalate additives, which are more commonly found in soil rather than in the oceans.

“We did not expect to find such a large number of enzymes across so many different microbes and environmental habitats,” Jan Zrimec, lead author of the study and professor at Chalmers University of Technology, told The Guardian. “This is a surprising discovery that really illustrates the scale of the issue.”

The research shows some promise in the ability to use enzymes to break down and recycle plastic rather than creating new plastic, paving the way for further research on the topic.

Scientists first discovered plastic-digesting microbes in Japan in 2016. In 2018, researchers were analyzing the structure of this natural enzyme when they accidentally created a super enzyme that breaks down plastic in the matter of a few days.

By 2020, scientists were able to engineer a mutant enzyme that can degrade plastic bottles in just a few hours, a major improvement compared to the 450 or so years it takes for plastic bottles to degrade on their own.

“Although there is still unexplored diversity in microbial communities, synergistic degradation of plastics by microorganisms holds great potential to revolutionize the management of global plastic waste,” the study concludes.