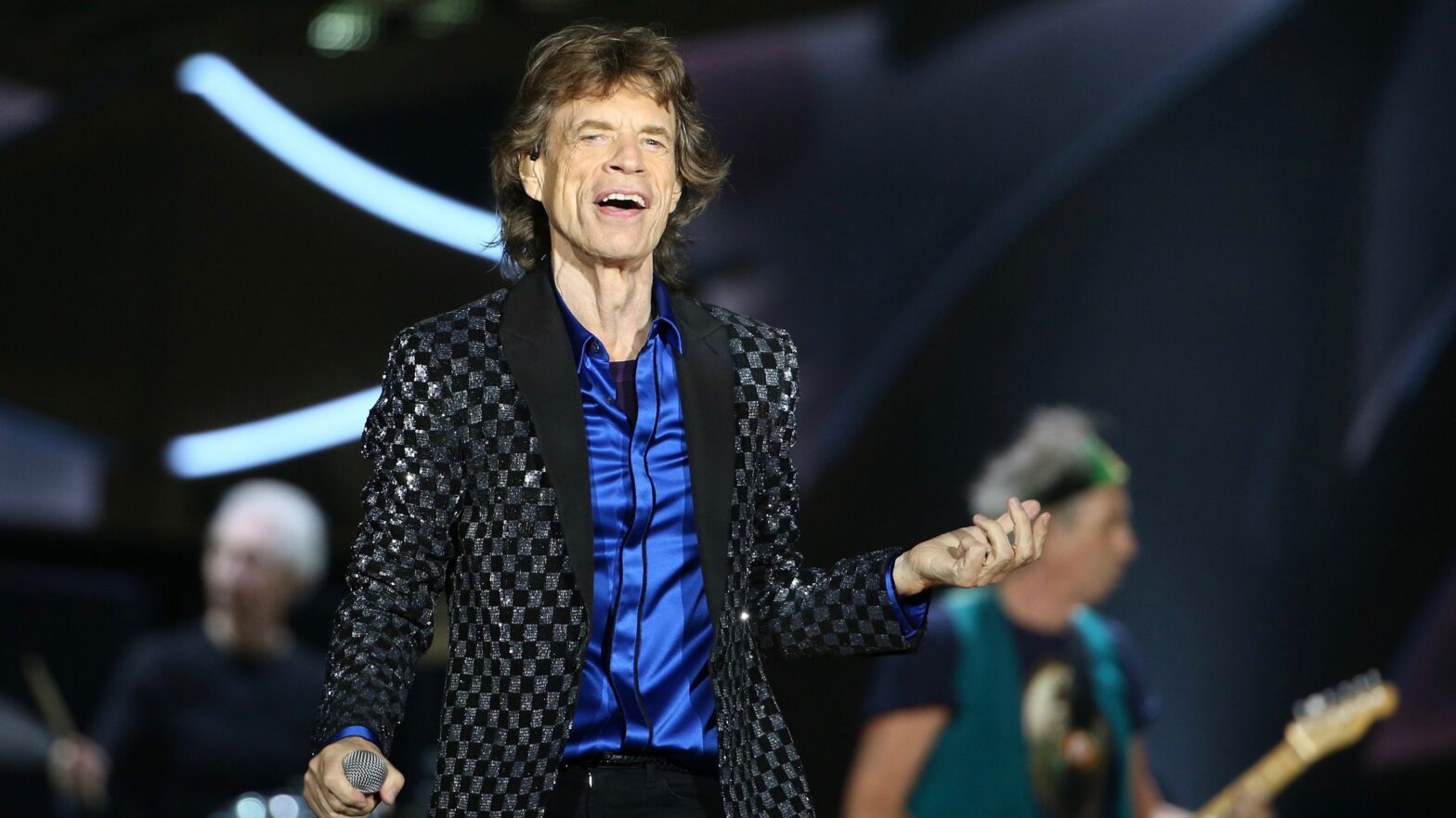 Mick Jagger took a moment on the red carpet at the Venice Film Festival to sound off on the Trump administration’s response to the climate crisis.

The 76-year-old Rolling Stones front man was asked about the climate protestors that took over the red carpet on Saturday. As Jagger stood alongside actor Donald Sutherland to promote Burnt Orange Heresy, a new film featuring the two stars in supporting roles, he praised the activists.

“I’m absolutely behind that,” said Jagger, according to the Hollywood Reporter. “I’m glad they’re doing that because they’re the ones who are going to inherit the planet.”

On Saturday, a few hundred protestors wearing white boiler suits and carrying signs that read ‘Our home is on fire’ and ‘No to cruise ships,’ peacefully demonstrated against inaction on the climate crisis and asked to ban cruise ships from entering the canalled city, as Reuters reported.

Jagger went beyond his support for the protestors to denounce the Trump administration’s rollbacks of environmental regulations and withdrawal from the Paris climate agreement.

“We are in a very difficult situation at the moment, especially in the U.S., where all the environmental controls that were put in place, that perhaps were just about adequate, say for the last ten years, have been rolled back by the current administration so much that they’re all being wiped out,” he said, as Esquire reported. “The US, which should be the world leader in environmental control, has lost that and has decided to go the other way.”

“Mick is right when he said the reforms that were instituted during the Obama administration were barely adequate, and now they’re being torn about,” the 85-year-old actor said, according to the Hollywood Reporter. “It’s the same in Brazil and they will be torn apart in England.”

“They have to fight harder,” said Sutherland about the environmental activists protesting. “And they have to get as much support as they can among all of you. And I also understood that there were also people with respect to immigration out front? They too need every support that they can muster.”

“When you’re my age, when you’re 85 years old and you have children and grandchildren, you will leave them nothing if we don’t vote those people out of office in Brazil in London in Washington,” continued Sutherland, according to the Hollywood Reporter. “They are ruining the world. We have contributed to the ruination of it, but they are ensuring it.”

Jagger and Sutherland, who play a wealthy art dealer and a reclusive artist, respectively, in the film, are no strangers to criticizing the Trump administration. In 2016, the Rolling Stones asked the Trump campaign to stop playing their music at rallies. Jagger mocked Trump earlier this summer after the President claimed during his July 4 speech that Revolutionary War soldiers took over the airports.

Sutherland has long called on young people to revolt against societal injustices, as the Guardian reported. And, in a 2017 interview with Readers Digest, he was asked what is the one political issue that he cannot ignore.

“I’ll say it three times: climate, climate, climate,” Sutherland said. “I realized it 20 years ago. I started to see jellyfish where jellyfish had never been before. And in the Caribbean, when the water temperature increases by just one degree, that’s massive, because hurricanes feed on hot water. And now they have a President in the United States who doesn’t believe in… oh, never mind.”