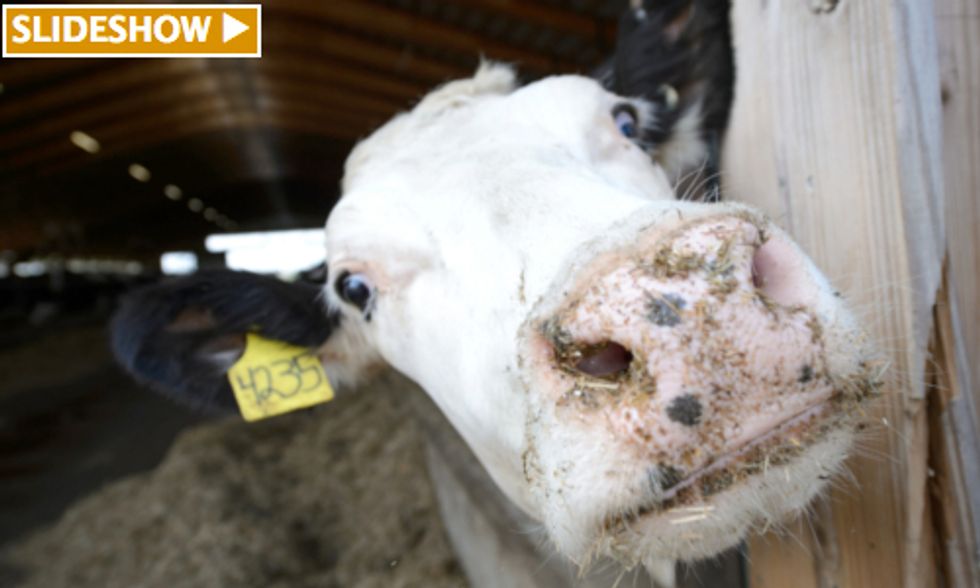 Absolutely nothing, unless researchers from Michigan State University get their hands on it. Sounds gross, but they would be doing so to convert it into clean water. Once the manure runs through the McLanahan Nutrient Separation System, the result is water clean enough for livestock to drink.

“If you have 1,000 cows on your operation, they produce about 10 million gallons of manure a year,” Steve Safferman, an associate professor of biosystems and agricultural engineering who is involved in the project, said in news release. “About 90 percent of the manure is water but it contains large amounts of nutrients, carbon and pathogens that can have an environmental impact if not properly managed.”

The system uses an anaerobic digester to produce energy from the cow waste and combines it with an ultrafiltration, air stripping and a reverse osmosis system. The extracted nutrients can be used as fertilizer.

“Here in Michigan we have a tendency to take water for granted,” Safferman said. “But out west, for example, where drought remains an issue, the accessibility of clean water could make the difference between a farm remaining viable or going out of business.”

That's why the researchers are trying to get it commercialized sooner than later with the help of McLanahan Corp., which employs Jim Wallace, a former MSU student who earned his doctorate under the direction of Safferman. They also believe that it could add to the long-term viability of farms all over by converting elements that would otherwise hurt the environment.

“For example, we’re able to capture a large percentage of the ammonia that would otherwise be lost in the atmosphere,” Wallace said. “Ammonia is a negative from an air-quality standpoint.”

Wallace and Safferman also worked with William Bickert, former professor of agricultural engineering. Work on the project began a decade ago, so the duo can see the finish line.

“It’s a success story of a university project starting with a concept and moving all the way, hopefully, to commercial fruition,” Safferman said.