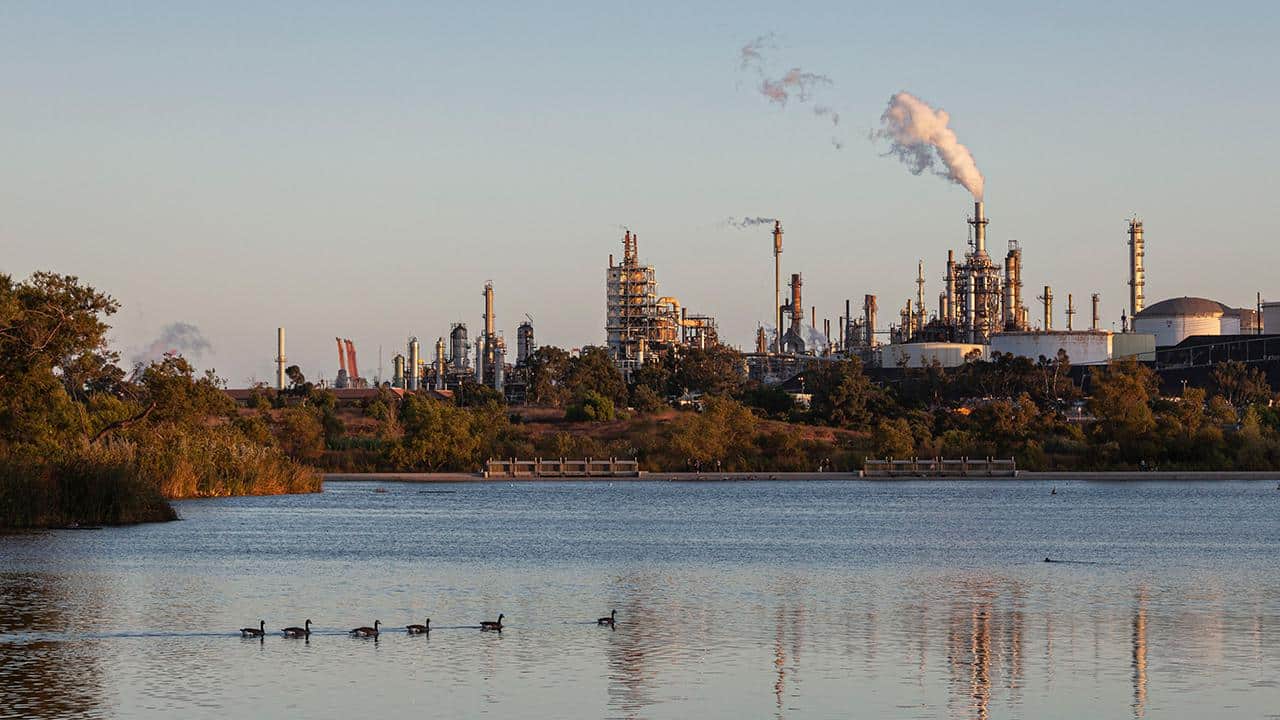 With its “Waters of the United States” rule, President Obama’s administration enacted unprecedented protections of rivers and streams. The Trump administration, ignoring science and the importance of wetlands, tried to return many of those waterways back to polluters by rolling back the Waters of the US rule.

“We don’t have any intention of going back to the original Obama ‘Waters of the U.S.’ [rule] verbatim and we don’t necessarily agree with everything that was in the Trump administration’s version as well,” Regan told a House Appropriations Committee last month. “We’ve learned lessons from both, we’ve seen complexities in both, and we’ve determined that both rules did not necessarily listen to the will of the people.”

The attempt at middle ground is understandable as Regan is in the first months of a new administration dealing with the highly organized powers of manufacturing and factory agriculture. But this sounds dangerously close to a false equivalency when it throws some of Obama’s efforts under the bus while suggesting that the previous administration’s reversal of the rules was anything more complex than a hatchet job by industry hacks, most notably former EPA Administrator and ex-coal-industry lobbyist Andrew Wheeler.

Before Administrator Regan tries to form one edible fruit out of an apple and an orange in the EPA’s new rules, he must remember one thing: Obama’s regulations for aquatic preservation were based on science.

The Science Behind the Waters of the US Rule

When the Obama administration issued its Clean Water Rule in 2015, it expansively redefined waters eligible for federal protection as Waters of the United States (WOTUS). At that time, nearly half of the nation’s rivers and streams and a third of our wetlands were in “poor biological condition,” according to the EPA’s water quality report to Congress.

So the administration sought to protect about 60 percent of water in the nation, including many intermittent and ephemeral streams that experience natural dry periods but flow during rainy periods. Most people don’t realize it but 59 percent of streams in the United States — and 81 percent of the streams in arid Southwestern states — are of this nature. A 2008 EPA report, published during the George W. Bush administration, said it was “critical” to consider the cumulative human impacts on such streams as 117 million people, a third of the populace, drinks water that relies at least in part on them.

“Given their importance and vast extent,” the EPA said back then, “individual ephemeral or intermittent stream segment[s] should not be examined in isolation.” The science is clear: even seasonal waterways are interconnected.

Unfortunately, industry and its political enablers went on a rampage to exempt as much water as possible from federal protection. The US Chamber of Commerce, the American Petroleum Institute, the American Farm Bureau Federation, the National Mining Association, the National Association of Home Builders, and the National Association of Manufacturers all opposed the rule, often propping up “small farmers” as poster children who would be burdened by having to worry that every “ditch” would be considered federally protected water.

The scare campaign reached such a level that a blogger for the Iowa Farm Bureau speculated, “You may not be able to weed and feed your lawn, spray for bugs, landscape with treated lumber and wood chips, fill in a low area with soil, or even dig a hole” without a federal permit. Iowa Senator Joni Ernst went so far as to invoke the horror of federal regulation for every “tire track that collects rain water.”

Playing on these trumped-up fears, the last administration, led by Wheeler, rewrote the rules to say, essentially, that if you cannot visibly see the connection of small creeks to large rivers and lakes on the surface, then there is no connection deserving of federal protection. The reversal removed half of wetlands and a fifth of streams and tributaries from protection. This change came despite the strenuous objection of a host of scientists, including Wheeler’s own scientific advisory board.

In a February 2020 admonishment, the board wrote Wheeler to say that his narrow definition of WOTUS “does not incorporate best available science.” Reasserting how science has established major hydrologic connections between tiny tributaries and intermittent and ephemeral streams to large bodies of water, the board rebuked Wheeler for offering “no comparable body of peer reviewed evidence, and no scientific justification for disregarding the connectivity of waters” saying that it found “a scientific basis for the proposed rule. . . lacking.”

Perhaps most ominously, the board warned that the administration’s proposed rule excluded industrial and agricultural irrigation canals that can carry harmful contaminants into the nation’s waterways, such as E.coli bacteria from vegetable farms or steroids from confined animal feeding operations.

Seconding the board, specifically on behalf of wetlands, were the leaders of seven research institutions concerned with freshwater science. In letters to the previous administration and Congress, they wrote that even though wetlands comprise less than six percent of the landscape, they play a massive, outsized role in filtering urban and agricultural runoff, trapping sediments, mitigating floods and being a nursery for a myriad of wildlife. They noted that clean water is the backbone of an $400 billion-a-year outdoor recreation industry. “Like diamonds,” the seven research organizations said of wetlands, “they can be small but extremely valuable.”

That is exactly what Administrator Regan needs to pay attention to as he crafts the Biden administration’s rule to protect the nation’s rivers and streams. When he was secretary of environmental quality for the state of North Carolina, he was lauded by both environmentalists and industry for his ability to craft compromise. The Natural Resources Defense Council praised Regan, who links his childhood asthma to coal plant pollution in his native Goldsboro, N.C., for an agreement with Duke Energy that resulted in the largest coal ash cleanup in the nation and a settlement with former DuPont subsidiary Chemours to better prevent PFAS “forever chemicals” from contaminating the Cape Fear River.

He also established the state’s first Environmental Justice and Equity Board. One of the members of the board, Naeema Muhammad, told Grist, “We didn’t get a real voice until he came into office.”

Despite those positive testimonials, though, some questioned whether Regan also gave too much deference to other powerful industries in North Carolina. Top on the list is the pork industry, infamous for toxic waste lagoons, spills, and stench in nearby communities. Too often, some critics said, Regan should have suspended operations in severe cases of environmental injustice from hog farm pollution from concentrated animal farming operations (CAFOs) instead of merely fining chronic offenders.

Some activists said in a Rolling Stone profile that Regan often displays a style that appears to bring stakeholders to the table as equals, when in reality, industry arrives with a loaded deck of money and lawyers. Elizabeth Haddix of the Lawyers Committee for Civil Rights Under Law, said, “It’s not an equal playing field. The industry controls everything here.” She told E&E News that Regan’s decision not to use his executive authority to pull permits from hog polluters, who she said are disproportionately situated near communities of color, “was a horrible disappointment for us.”

Under both the second President Bush and President Obama, the EPA said that even streams that flow seasonally are still critical to our water infrastructure. The EPA under the previous administration chose to overlook this fact. In the short time between last June and September, Bloomberg Law found that, of 1,085 exemptions sought by polluting industries and developers to escape federal water regulation for their projects, the Army Corps of Engineers granted 758, or 70 percent of them. About 200 of the exemptions were granted on the very first day the rollback took effect, a complete abandonment of the scientific analysis that previously often took up to three years to complete.

Regan said last week, “I don’t believe we have to choose between good water quality … and overly burdening our small farmers.” It’s certainly acceptable for the Biden administration to factor in true burdens to small farmers in its rewrite of the WOTUS rule. But Regan must prioritize science and water quality over the demands of big industry. Because the prior administration had no scientific justification for disregarding the connectivity of waters, the burden is on him to reconnect science to regulation — and thereby reconnect the nation’s waterways.

On that, there can be no compromise.

Derrick Z. Jackson is a UCS Fellow in climate and energy and the Center for Science and Democracy. He is an award-winning journalist and co-author and photographer of Project Puffin: The Improbable Quest to Bring a Beloved Seabird Back to Egg Rock, published by Yale University Press (2015).