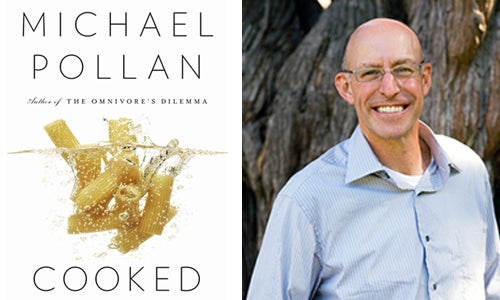 In Cooked: A Natural History of Transformation, Michael Pollan describes his personal journey of stepping away from processed and packaged foods toward cooking from scratch and highlights the grievous consequences of industrial modernity in the daily arena of eating and drinking. Specialization, Pollan argues, “breeds helplessness, dependence and ignorance and, eventually … undermines any sense of responsibility.” Cooked persuasively illuminates how the industrial mindset fosters the domination of nature and distorts public governance and offers, instead, justification and guidance for a healthier way of eating and a richer life. 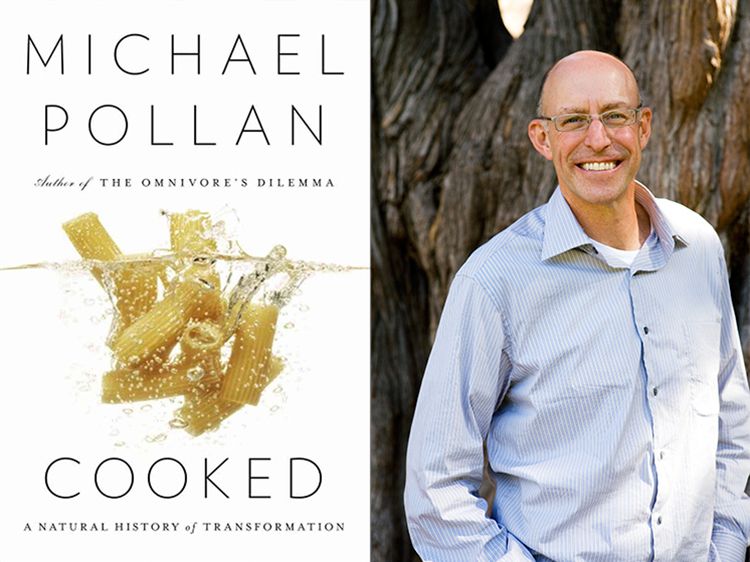 But is this a significant book for those dedicated to getting humanity in sync with nature’s ways? Speaking of the allure and benefit of cooking, Pollan explains, “Perhaps what most commends cooking to me is that it offers a powerful corrective to this way of being in the world—a corrective that is still available to all of us.” Is cooking then a vital ingredient for a socially just and ecologically sound society?

Pollan, a journalism professor at the University of California, Berkeley, has been a prolific and effective messenger for food and sustainable agriculture issues, with such popular books as The Omnivore’s Dilemma and In Defense of Food. People with such a wide platform have a vital role to play in broadening a movement beyond the choir. In this sense, Pollan has been an eloquent ally in the great transition to a better world.

Calls for meaningful action for social change too often become reduced to requesting yet another donation or letter to unresponsive politicians. Herein lies a role for cooking, “a magic that remains accessible to all of us, at home.” Cooking your own food builds self-reliance and community. It is an available tool for personal transformation and, by promoting an affiliation with nature, progressive environmental change. Ever stumble when trying to tell friends or colleagues what they can do to help save the day? By combining more local food and more time in the kitchen, one can wrest a modicum of societal control away from corporate executives to regular folks. This is at least part of the solution to confronting the contemporary social and ecological crisis.

Pollan has done his homework, rigorously rooting his arguments in ecological science. He discusses food preparation in a clear, readable way that conveys the ecological realities (and histories) in which such practices are embedded. Cooked shows how buying local foods and patronizing farmers’ markets supports an ethic of living in communion with nature and how mindful cooking and purchasing can enhance the rhythms of everyday life and connect us to seasonality, while also shifting money away from corporate processors toward farmers. The mainstream industrial food sector currently captures 80 percent of the financial profit, with only 20 percent going to the farmers. Localization keeps more money circulating in the community, rather than flowing away to the bank accounts of corporate executives who will likely invest it in yet more destruction. Such food localization supports the switch to an economic paradigm better attuned to the well-being of people and nature.

To understand the value and practice of cooking, Pollan apprentices himself to local artisans to learn their craft. The resulting anecdotes provide examples of healthier food options as well as sustainability fixes to the food system writ large. However, the book does not dwell on how this relates to the larger economic model or the urgency of the planetary crisis. If millions and millions were to shift their dietary practices, the positive social and ecological effects could be huge. Unfortunately, however, collective action is only a subsidiary concern for Pollan.

When Pollan does mention the pending planetary catastrophe, he does so for the most part in terms of “climate change.” Certainly, this is one of the most serious planetary problems we confront and those working to convert the energy system to 100 percent renewable energy are to be saluted. Climate change, however, is but one facet of the current catastrophe of industrial agriculture. This system of farming has also been a major contributor to habitat loss and the sixth great extinction. Artificial fertilizer and pesticide runoff have created four hundred dead zones in an ever-acidifying ocean, an especially alarming phenomenon since the ocean supports the life at the bottom of our food chain that is so critical to maintaining the integrity of the web of life. Even without climate change, industrial agriculture would be implicated in the demise of several aspects of the biosphere’s interconnected life support systems.

A thoroughgoing shift to ecological farming or agroecology, is what we need, as called for by thinkers such as Frances Moore Lappé and Pollan himself in other works. Cooked is a slower simmering soup. The local color of Pollan’s anecdotes makes for an enjoyable read and, indeed, is what attracts most readers. However, advocating a lifestyle switch that involves more cooking falls short when the planet’s life support systems are getting shredded and singed.

That said, this book offers much to learn, including the biochemistry of food and how cooking helps us survive. When we are resting, our big (if not always wise) brains consume 20 percent of our energy intake. Microbes give soil its vitality and agency. A third of our food involves fermentation, a process that can help preserve food—a useful bit of knowledge if the historical bubble of refrigeration bursts. After World War II, some of the ocean-killing synthetic fertilizers were made from munitions and new pesticides were developed from nerve gas. Industrial agriculture, moreover, has unintended negative consequences for human health, not just the environment: the gusts of chlorine gas that whiten flour also expunge the health providing beta-carotene that creates the original color.

Cooked is neither a cookbook for the kitchen nor one for a social movement. However, it works well as a general introduction to the downsides of corporate-led industrial food production and processing. The book may gloss over how the prevailing economic model allows for—indeed fosters—such overwhelming industrial food damage to planet and people. Yet there is quotidian agency and enrichment in disconnecting from the industrial food mindset and eating healthier. Cooking from scratch, especially from local foods, is a meaningful way to aid natural systems. As each subsequent generation falls deeper into the spell of digital screens, cooking offers a way to reconnect directly with the natural world and a daily reminder of nature’s abundance and the renewability of food. Cooking, as Pollan’s anecdotes remind us, takes time, as does becoming less of an industrial consumer and more of a creative producer. But it is never too late to start.

Cooked is strongest when it conveys the personal pleasure and better health that ensues when we take responsibility for our own cooking. After finishing the book, I found myself making a simple, healthy soup instead of starting on this review as planned. Pollan’s words have impact. Effective messengers are needed. Cooking led to a tasty meal and perhaps more to come.