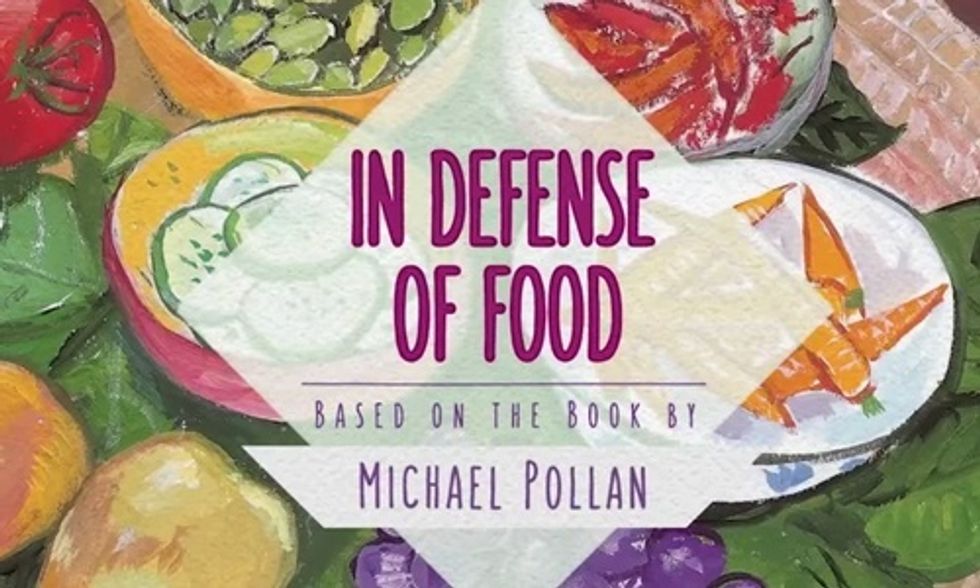 A new documentary from Kikim Media based on Michael Pollan’s bestselling book, In Defense of Food, helps consumers navigate a food system complicated by globalization and industrialization.

"I've been writing about the food system for a very long time," Pollan said in the trailer for the new film. "But what I kept hearing from readers was 'yeah yeah yeah, you told me where the food comes from and how the animals live and everything, but what I want to know is what should I eat.'"

In the film, Pollan attempts to answer that very question: What should I eat to be healthy? He addresses what he has called the "American paradox: the more we worry about nutrition, the less healthy we seem to become."

We're consuming "edible food-like substances" rather than actual food, Pollan said. By actual food, he means the food people ate for thousands of years before we became dependent on processed foods.

“You don’t have to be a scientist to know how to eat,” said Marion Nestle, professor of nutrition at New York University. “Just go around the outside of the supermarket and pick up fruits, vegetables and meat, and stay out of the processed foods, because they’re fun to eat once in a while, but they shouldn’t be daily fare.”

From Tanzania to Peru to U.S. grocery stores, Pollan helps eaters find their way through the barrage of faulty nutritional science and misleading marketing claims. He advocates for a more simplified approach to eating, one based on common sense and old-fashioned wisdom. Using a more holistic approach to medicine, Pollan focuses on the macro level (eating whole foods) rather than the micro level (seeking out particular nutrients).

The film covers everything from the latest science on omega-3s and -6s, to sugar's effect on the body and why we crave it so badly. Pollan unpacks nutritional guidelines and investigates the benefits of a plant-based diet, and the crucial role your gut plays in your overall health.

Pollan is well known for his simple food rules—he's even got an entire book devoted to the topic. In this film, Pollan says the solution to America's health crisis is undeniably simple: Eat Food. Not Too Much. Mostly Plants.

For years, Pollan has advocated for a climate-friendly diet built on regenerative organic agriculture—also known as carbon farming—in which soils are a carbon sink rather than a source of carbon pollution. He argues that this diet is not only essential for a healthy planet, but also essential for human health. "Four of the top 10 things that will kill you are chronic diseases linked to diet," Pollan explains in the trailer.

So if you're planning to set weight loss resolutions this New Year's or are seeking a low-impact diet (which, by the way, makes you a climatarian), then be sure to watch Pollan's new documentary. It will air on PBS at 9 p.m. ET Wednesday and premier at the Mill Valley Film Festival in October 2016.

Check on this new website, with lots of cool resources, incl. recipes, for the PBS special on In Defense of Food. https://t.co/qfstxgcP0N
— Michael Pollan (@Michael Pollan)1451411129.0

Michael Pollan: It's Time to Put Carbon Back Into the Soil

Is Salt Good or Bad for My Health?