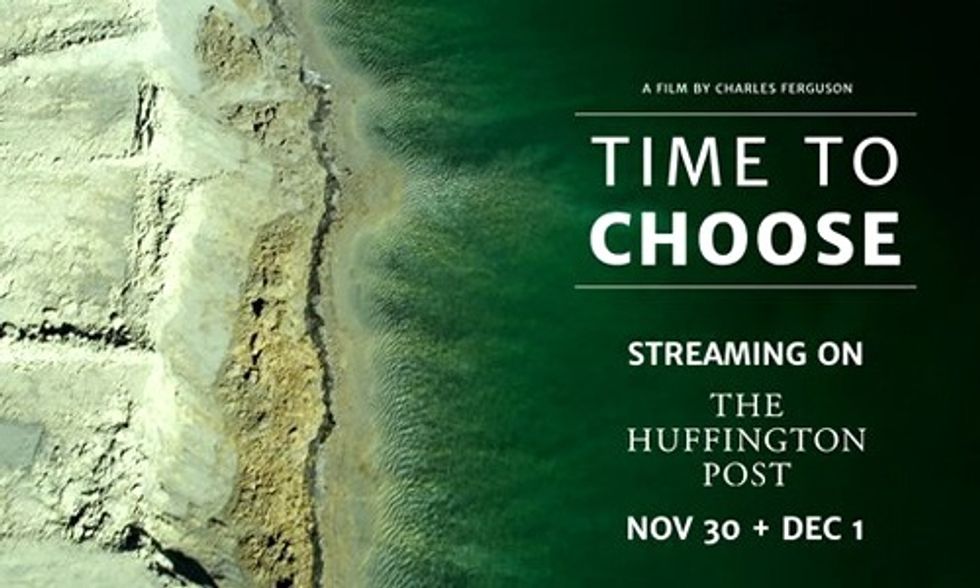 When the international climate negotiators assembling in Paris this week sit down for dinner, they might reflect on the climate impact of their meal.

Indeed, in the midst of a growing—and very encouraging—global conversation on how to address the common threat of climate change, far too little attention has been paid at the highest levels to the impact of our diets and farming practices on planet-warming emissions.

But while energy is indeed the top source of greenhouse gas emissions, the food system is #2. The best available estimates suggest that industrial agriculture and livestock account for as much as a third of the total emissions causing climate change. This situation has its roots in decades of unsustainable agriculture, particularly excessive meat consumption (more than a quarter of the Earth's land is now used, directly or indirectly, to raise animals for human consumption), monoculture farming and the overuse of nitrogen fertilizers. As I've noted elsewhere,

"Approximately one-third of the carbon [now] in the atmosphere had formerly been sequestered in soils in the form of organic matter, but since we began plowing and deforesting, we'[ve] been releasing huge quantities of this carbon into the atmosphere ... the food system as a whole—that includes agriculture, food processing and food transportation—contribute[s] somewhere between 20-30 percent of the greenhouse gases produced by civilization—more than any other sector except energy."

Moreover, these emissions are strongly associated with foods and diets that we now know are very unhealthy.

Industrial food and especially industrial meat, contains pesticides, hormones and antibiotics suspected to contribute to many diseases. More generally the so-called "Western diet," which includes large amounts of meat and highly processed foods, is associated with higher levels of obesity, type 2 diabetes and cancer. In contrast, people who eat mainly plant-based diets and unprocessed foods have far lower rates of these diseases.

So what can we do? Simple: we can make a choice—one that will benefit both our planet and our health. I discuss these issues—and these choices—in a new documentary, Time To Choose, which will stream live on the Huffington Post starting this morning just as the UN global climate talks get under way in Paris.

Either we can continue to feed ourselves using millions of gallons of fossil fuels to make synthetic fertilizers and pesticides to support the unsustainable monocultures that undergird the present food system or we can turn towards modern organic and regenerative agriculture. The good news is that, thanks to the innovations pioneered by our most creative farmers, we already know how to do the right thing.

We can produce healthier food while at the same time storing carbon in soil—carbon taken from the atmosphere, thereby helping to reverse climate change. Farmers, consumers, entrepreneurs and elected officials the world over are beginning to implement sustainable agriculture on a large scale. But far more needs to be done—and the more people know about the challenge and the solutions, the closer we'll be to a sustainable food system.

So here's hoping that our leaders take a good, long look at their plates in Paris and reflect on how a crucial part of the climate solution is right at the end of their forks.