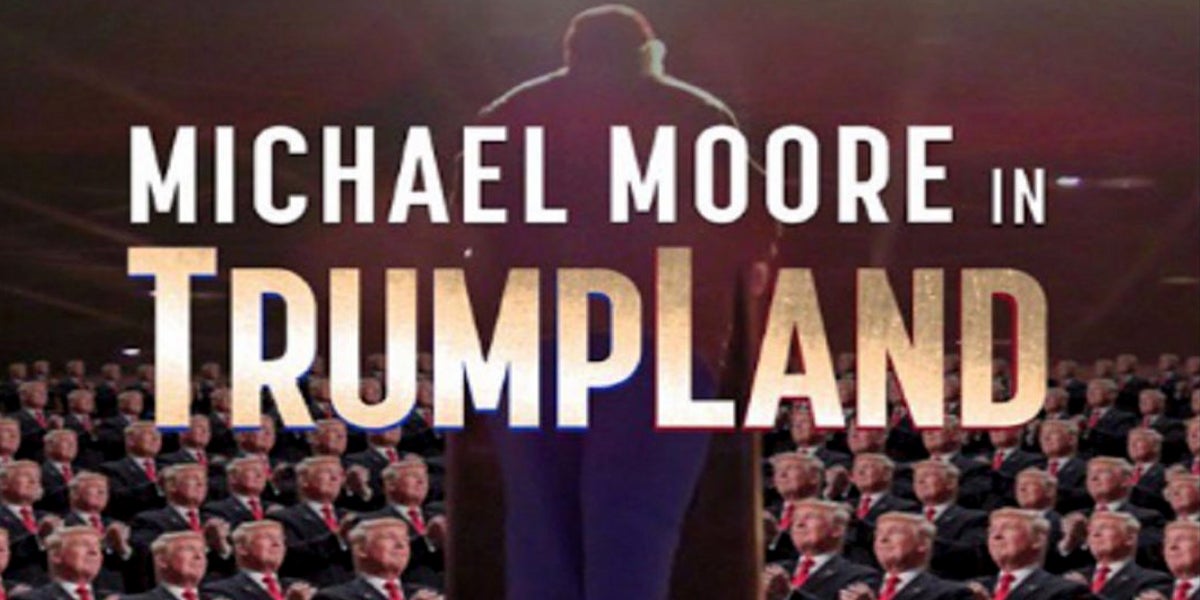 [Editor’s note: So you want to watch Trumpland? You can now watch it via iTunes, by clicking here.]

On Tuesday, we shared that filmmaker and social commentator Michael Moore had just released a surprise film, Michael Moore in Trumpland.

Coming on the tail of his exploration of U.S. foreign relations and our history of war, Moore released Where to Invade Next earlier this year. But apparently that wasn’t enough to keep Moore busy, so he released this second film.

The New Yorker has posted its amazing review of Michael Moore in TrumpLand. I'm really at a loss 4 words https://t.co/BsMmTMB9CB #TrumpLand

When we first reported on this story, we didn’t have any details as to how a regular Joe Schmo in any place other than New York City could see the film. With less than three weeks until the election, time is clearly running out for Americans to see the film and allow it to shape their political views before they head to the ballot box.

But now, Moore has teased on his Twitter account Wednesday that the film will be accessible to everyone in the U.S. in 48 hours, meaning that by Friday, everyone should know the score.

Here it is! Opens today in NY & LA – but EVERYONE in the US will have access to it in the next 48 hrs. Stay tuned! pic.twitter.com/fQoeOCL7C6