Michael Moore: Why I’m Launching a Site for Trump Whistleblowers 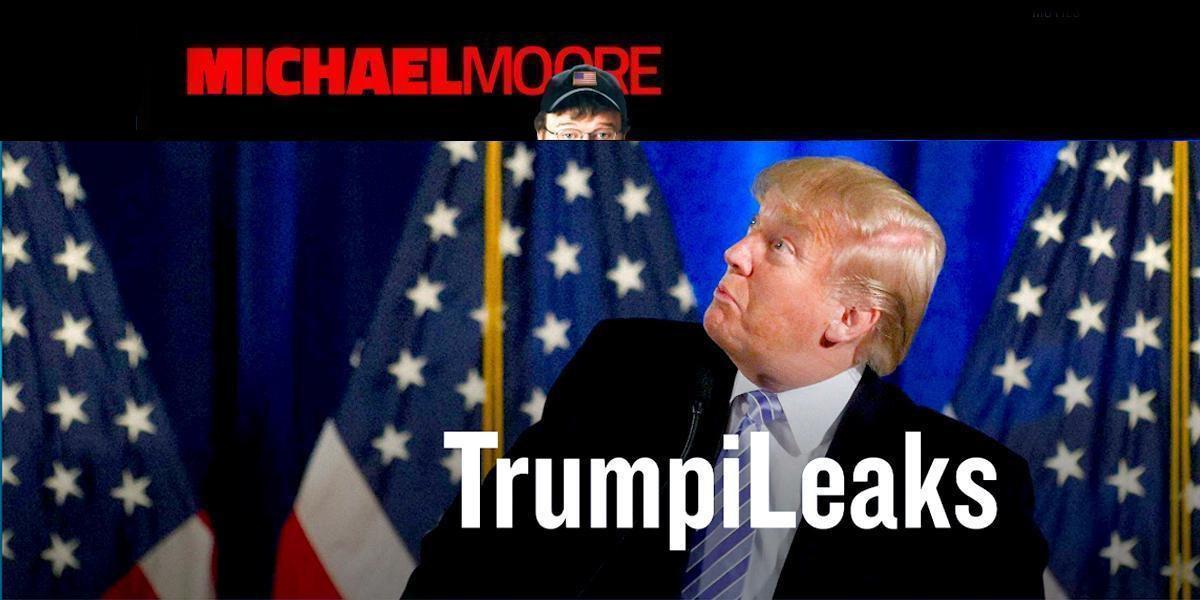 I need one of you to help me. It might get dangerous. It may get us in trouble. But we’re running out of time. We must act. It’s our patriotic duty.

From the time you opened this letter to the time you get to the bottom of it, there’s a decent chance that our president will have violated the constitution, obstructed justice, lied to the American people, encouraged or supported acts of violence or committed some horrible mistake that would’ve ended any other politician’s career (or sent you or I to jail). And just like all the times he’s done so in the past, he will get away with it.

And yet, we keep hearing the same reaction to President Trump that we heard with candidate Trump after every new revelation or screw up: “He’s toast!” “He can’t survive this!” “He’s finished!”

Make no mistake—Donald J. Trump has NO intention of leaving the White House until January 20, 2025. How old will you be in 2025? That’s how long he plans to be your president. How much damage will have been done to the country and the world by then?

And that is why we must act.

As I’ve said since the election, we need a four-front strategy to end this carnage:

2. Take Him To Court Nonstop

3. YOU Run for Office

4. An Army of Satire

I’m doing everything that I can, publicly and privately, to aid this effort and I know that you are, too. And while quietly working on my new movie, I came across an old video that inspired me to write you today to ask for help.

In this video, a former congressman is passionately testifying about the importance of whistleblowers and need to protect the First Amendment. He stated:

“Enshrined in the First Amendment of the Constitution, we all know, are these words: Congress shall make no law abridging the freedom of speech, or of the press. The freedom of speech and the press form the bedrock of our democracy by ensuring the free flow of information to the public. Although Thomas Jefferson warned that, ‘Our liberty cannot be guarded but by the freedom of the press, nor that limited without danger of losing it,’ today this freedom is under attack.”

The young congressman went on to decry the harassment, legal threats and even jailing of American journalists. He continued:

“Compelling reporters to testify, and in particular, compelling reporters to reveal the identity of confidential sources, intrudes on the newsgathering process and hurts the public. Without the assurance of confidentiality, many whistleblowers will simply refuse to come forward, and reporters will be unable to provide the American public with the information they need to make decisions as an informed electorate. But with all this focus on newsgathering, it is important that we state clearly: Protecting a journalist’s right to keep a news source confidential is not about protecting reporters; it is about protecting the public’s right to know.”

Indeed, the power and the importance of whistleblowing is part of the American tradition and as old as the republic itself. On July 30, 1778, the Continental Congress voted unanimously for the first whistleblower legislation in the U.S.:

This legislation came in response to the first known act of whistleblowing in our country’s history, when in 1777, 10 revolutionary sailors decided to blow the whistle on a powerful naval officer who participated in the torture of captured British soldiers. The sailors paid a price. They were sued and jailed for their courageous actions. But in the end, our Founding Fathers agreed that the sailors were doing their patriotic duty by reporting this crime. They made sure their legal fees were covered, protected them from retaliation and unanimously passed the 1778 whistleblower protection law.

Since then, courageous American men and women have put their careers, their freedom and even their lives on the line to report government and corporate wrongdoing. From Karen Silkwood (nuclear safety), Sherron Watkins (Enron) and Jeffrey Wigand (tobacco) in corporate America to Daniel Ellsberg, Chelsea Manning and Edward Snowden revealing government lies, the American whistleblowing tradition remains strong, despite constant attempts to intimidate and stifle these truth tellers.

And this is where I need one of you to help me.

Today, I’m launching TrumpiLeaks, a site that will enable courageous whistleblowers to privately communicate with me and my team. Patriotic Americans in government, law enforcement or the private sector with knowledge of crimes, breaches of public trust and misconduct committed by Donald J. Trump and his associates are needed to blow the whistle in the name of protecting the United States of America from tyranny.

We’ve put together several tools you can use to securely send information and documents as well as photographs, video and/or audio recordings. While no form of digital communication is 100 percent secure, the tools we’re using at TrumpiLeaks provide the most secure technology possible to protect your anonymity (and if you don’t require anonymity, you can just email me here).

I know this is risky. I knew we may get in trouble. But too much is at stake to play it safe. And along with the Founding Fathers, I’ve got your back.

As for the former congressman quoted above, he’s moved on to bigger and better things. His name is Michael Richard Pence, the vice president of the United States. Who knows, he might even back you up on this, too …