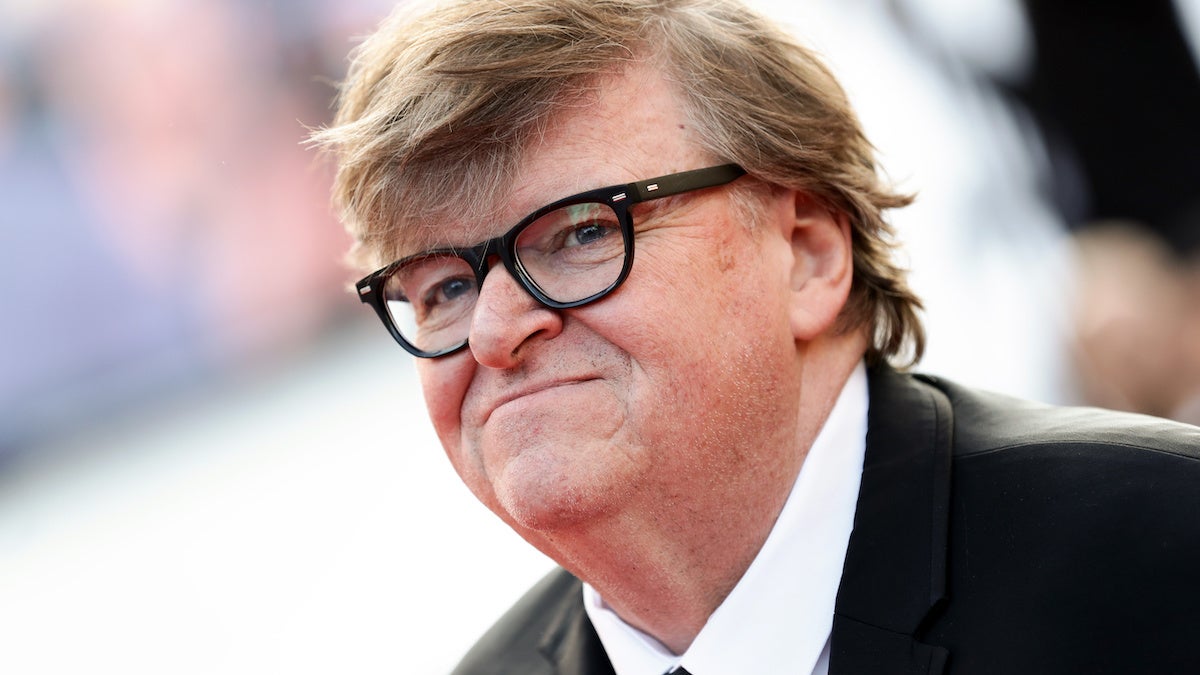 Environmentalists and renewable energy advocates have long been allies in the fight to keep unchecked industrial growth from irreversibly ruining Earth’s climate and threatening the future of human civilization. In their new YouTube documentary “Planet of the Humans,” director Jeff Gibbs and producer Michael Moore argue for splitting the two sides. Their misleading, outdated, and scientifically sophomoric dismissal of renewable energy is perhaps the most dangerous form of climate denial, eroding support for renewable energy as a critical climate solution.

“Planet of the Humans” by the end of April had more than 4.7 million views and fairly high scores at the movie critic review aggregator Rotten Tomatoes. The documentary has received glowing reviews from numerous climate “deniers” whose names are familiar to those in the climate community, including Steve Milloy, Marc Morano, and James Delingpole. Some environmentalists who have seen the movie are beginning to oppose wind and solar projects that are absolutely necessary to slow climate change.

The film by these two “progressive” filmmakers may succeed where Fox News and right-wing talk radio have failed: to undermine humanity’s last best hope for positive change. As energy journalist Ketan Joshi wrote, the film is “selling far-right, climate-denier myths from nearly a decade ago to left-wing environmentalists in the 2020s.”

The film follows Gibbs as he visits various green technology sites in the United States and ostensibly learns that each one is just as bad as the fossil fuel infrastructure that it would replace. Unfortunately, the movie is littered with misleading, skewed, and outdated scenes.

“Planet of the Humans”‘ approach is fundamentally flawed – Gibbs focuses almost exclusively on the imperfections of technologies like solar panels, wind turbines, biomass, and electric cars without considering their ability to reduce carbon and other pollutants. The film suggests that because no source of energy is perfect, all are bad, thus implying that the very existence of human civilization is the problem while offering little in the way of alternative solutions.

A Badly Outdated Portrait of Solar and Wind

In an interview with Reuters, Michael Moore summarized the premise of the film: “I assumed solar panels would last forever. I didn’t know what went into the making of them.”

It’s true. Solar panels and wind turbines don’t last forever (though they do last several decades), and like every other industrial product, they require mining and manufacturing of raw materials. Sadly, that’s about as deep as the film delves into quantifying the environmental impacts of renewable energy versus fossil fuels. In fact, the misinformation in the film is at times much worse than ignorance.

In one scene, author and film co-producer Ozzie Zehner falsely asserts, “You use more fossil fuels [manufacturing renewables infrastructure] than you’re getting benefit from. You would have been better off burning the fossil fuels in the first place instead of playing pretend.”

That’s monumentally wrong. A 2017 study in Nature Energy found that when accounting for manufacturing and construction, the lifetime carbon footprints of solar, wind, and nuclear power are about 20 times smaller than those of coal and natural gas, even when the latter include expensive carbon capture and storage technology. The energy produced during the operation of a solar panel and wind turbine is 26 and 44 times greater than the energy needed to build and install them, respectively. There are many life-cycle assessment studies arriving at similar conclusions.

The film’s case is akin to arguing that because fruit contains sugar, eating strawberries is no healthier than eating a cheesecake.

It’s true that the carbon footprint of renewable energy is not zero. But the film somehow fails to mention that it’s far lower than the fossil fuel alternatives, instead falsely suggesting (with zero supporting evidence) that renewables are just as bad. The closest defense of that argument comes when Zehner claims that wind and solar energy cannot displace coal, and instead retired coal power plants are being replaced by even larger natural gas plants.

In reality, coal power generation in the U.S. has declined by about half (over 1 trillion kilowatt-hours) over the past decade, and it’s true that natural gas has picked up about two-thirds of that slack (670 kWh). But growth in renewables has accounted for the other one-third (370 kWh). As a result, power sector carbon emissions in the U.S. have fallen by one-third since 2008 and continue to decline steadily. In fact, electricity is the only major sector in the U.S. that’s achieving significant emissions reductions.

It’s true that natural gas is a fossil fuel. To reach zero emissions, it must be replaced by renewables with storage and smart grids. But thus far the path to grid decarbonization in the U.S. has been a success story that the film somehow portrays as a failure. Moreover, that decarbonization could be accelerated through policies like pricing carbon pollution, but the film does not once put a single second of thought into policy solutions.

In perhaps its most absurd scene, Gibbs and Zehner visit a former solar facility in Daggett, California, built in the mid-1980s and replaced 30 years later. Gazing upon the sand-covered landscape of the former facility, Gibbs declares in an ominous tone, “It suddenly dawned on me what we were looking at: a solar dead zone.”

Daggett is located in the Mojave Desert. Sand is the natural landscape. Solar farms don’t create dead zones; in fact, some plants thrive under the shade provided by solar panels.

It suddenly dawned on me how hard the film was trying to portray clean energy in a negative light.

A Shallow Dismissal of Electric Vehicles

In another science, Gibbs travels to a General Motors facility in Lansing, Michigan, circa 2010, as GM showcased its then-new Chevy Volt plug-in electric hybrid vehicle. Gibbs interviews a representative from the local municipal electric utility provider, who notes that they generate 95% of their supply by burning coal, and that the power to charge the GM facility’s EVs will not come from renewables in the near future.

That is the full extent of the discussion of EVs in the film. Viewers are left to assume that because these cars are charged by burning coal, they’re just greenwashing. In reality, because of the high efficiency of electric motors, an electric car charged entirely by burning coal still produces less carbon pollution than an internal combustion engine car (though more than a hybrid). The U.S. Department of Energy has a useful tool for comparing carbon emissions between EVs, plug-in hybrids, conventional hybrids, and gasoline-powered cars for each state. In Michigan, on average, EVs are the cleanest option of all, as is the case for the national average power grid. In West Virginia, with over 90% electricity generated from coal, hybrids are the cleanest option, but EVs are still cleaner than gasoline cars.

In short, EVs are an improvement over gasoline-powered cars everywhere, and their carbon footprints will continue to shrink as renewables expand to supply more of the power grid.

A Valid Critique of Wood Biomass

The film devotes a half hour to the practice of burning trees for energy. That’s one form of biomass, which also includes burning wood waste, garbage, and biofuels. Last year, 1% of U.S. electricity was generated by burning wood, but it accounted for 30% of the film run time.

In fairness, Europe is a different story, where wood biomass accounts for around 5% of electricity generation, and which imports a lot of wood chips from America. It’s incentivized because the European Union considers burning wood to be carbon neutral, and it can thus be used to meet climate targets. That’s because new trees can be planted to replace those removed, and the EU assumes the wood being burned would have decayed and released its stored carbon anyway.

There are numerous problems with those assumptions, one of which is unavoidable: time. Burning trees is close to carbon neutral once a replacement tree grows to sufficient maturity to recapture the lost carbon, but that takes many decades. In the meantime, the carbon released into the atmosphere accelerates the climate crisis at a time when slashing emissions is increasingly urgent. That’s why climate scientists are increasingly calling on policymakers to stop expanding this practice. So has 350.org founder Bill McKibben since 2016, despite his depiction in the film as a villainous proponent of clearcutting forests to burn for energy.

It’s complicated, but the carbon footprint of biomass depends on where the wood comes from. Burning waste (including waste wood) as biomass that would decay anyway is justifiable, but also generally only practical at a relatively small scale. A more detailed investigation of the wood biomass industry could make for a worthwhile documentary. It’s still a small-time player, but it does need to stay that way.

Why not? Industrial civilization has a non-zero climate and environmental footprint, but the impact of green technologies like EVs, wind turbines, and solar panels is much smaller than the alternatives. They represent humanity’s best chance to avoid a climate catastrophe.

The filmmakers call for an end to limitless economic growth and consumption. It’s difficult to envision that goal being achieved anytime soon, but even if it is, human civilization will continue to exist and require energy. To avert a climate crisis, that energy must be supplied by the clean renewable technologies pilloried in the film. To expand on the earlier analogy, the filmmakers seem to believe we should improve nutrition not by eating healthier foods like strawberries, but rather by eating a bit less cheesecake.

Like Fox News and other propaganda vehicles, the film presents one biased perspective via carefully chosen voices, virtually all of whom are comfortable white men. It applies an environmental purity test that can seem convincing for viewers lacking expertise in the topic. Any imperfect technology – which is every technology – is deemed bad. It’s a clear example of the perfect being the enemy of the good. In reality, this movie is the enemy of humanity’s last best chance to save itself and countless other species from unchecked climate change through a transition to cleaner technologies.