Michael Brune: BP Oil Disaster Was Not an Accident, It Was a Crime 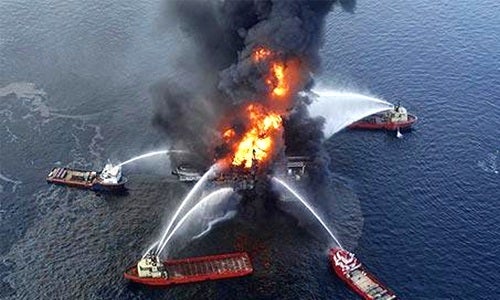 April 20, 2010 should be, to borrow a phrase from Franklin Roosevelt, “a date that will live in infamy.” Today is the anniversary of the worst environmental disaster in U.S. history: the explosion of Deepwater Horizon and subsequent oil catastrophe in the Gulf of Mexico. I don’t like to call it a spill, because spills are accidents. What happened that day was not an accident; it was a crime. 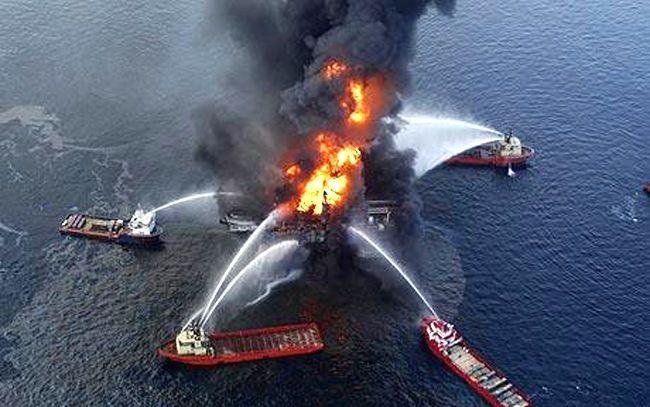 Today is the fifth anniversary of the BP Oil Disaster in the Gulf of Mexico. Photo credit: KPA/Zuma/Rex Features

BP, the giant oil company most responsible for the disaster, pleaded guilty in 2012 to 11 felony counts related to the deaths of 11 workers. Last year, U.S. District Judge Carl Barbier ruled that “BP committed a series of negligent acts or omissions that … together amount to gross negligence and willful misconduct under the Clean Water Act.” (The operator of the Deepwater rig and contractors like Halliburton also share some of the blame, although they were found “negligent” rather than “grossly negligent.”)

BP, meanwhile, attempted to minimize its financial liability by, for instance, claiming that “only” 2.5 million barrels worth of oil (more than a hundred million gallons) were dumped in the Gulf. (The amount of the fine BP must pay under the Clean Water Act is based on the number of barrels discharged. The actual number was north of 4 million barrels).

No matter how many billions BP ends up paying out, of course, it can never undo all the damages caused by its crime. It can, however, pretend they didn’t happen. The company launched a PR campaign claiming that the Gulf has rebounded. Reality, of course, begs to differ. Ten million gallons of oil remain on the seafloor. Multiple studies have found that the harm to fish and wildlife was not only horrific five years ago (800,000 birds; between 20,000 and 60,000 sea turtles), but is ongoing. Concentrations of toxic chemicals in Gulf marshes may persist for decades.

No wonder people question why BP is spending money to soft pedal the consequences of its crime, when it could be using those dollars toward actual restitution.

Five years on, though, what lessons have been learned? Don’t trust oil companies to act responsibly? That seems to be the main takeaway for the Obama administration. Last week it announced tighter regulations for offshore oil rigs that it claims should help prevent oil-well blowouts. Those tighter regulations are directly based on what happened in the Gulf in 2010.  Does that mean future disasters don’t happen? Of course not.

Yet the administration has also announced that it will allow oil and gas drilling off the coast of Virginia, the Carolinas and Georgia for the first time since the 1980s, as well as three areas for leasing in Alaska, including the Beaufort and Chukchi Sea, where the administration estimates that there is a 75 percent chance of one or more spills. Astounding. Back east, the administration was getting ready to announce oil and gas leases for the Atlantic coast five years ago, along with the usual platitudes about “drilling responsibly” and “minimizing risk.” Then Deepwater Horizon happened.

The bottom line is that we don’t need the oil that can be found off our Atlantic Coast, no matter what those state governors might tell you. And even if you manage to reduce the risks, and even if no oil company ever again acts with gross negligence for the sake of profits (a bet I wouldn’t recommend taking), the consequences of drilling in sensitive marine environments are just too great.