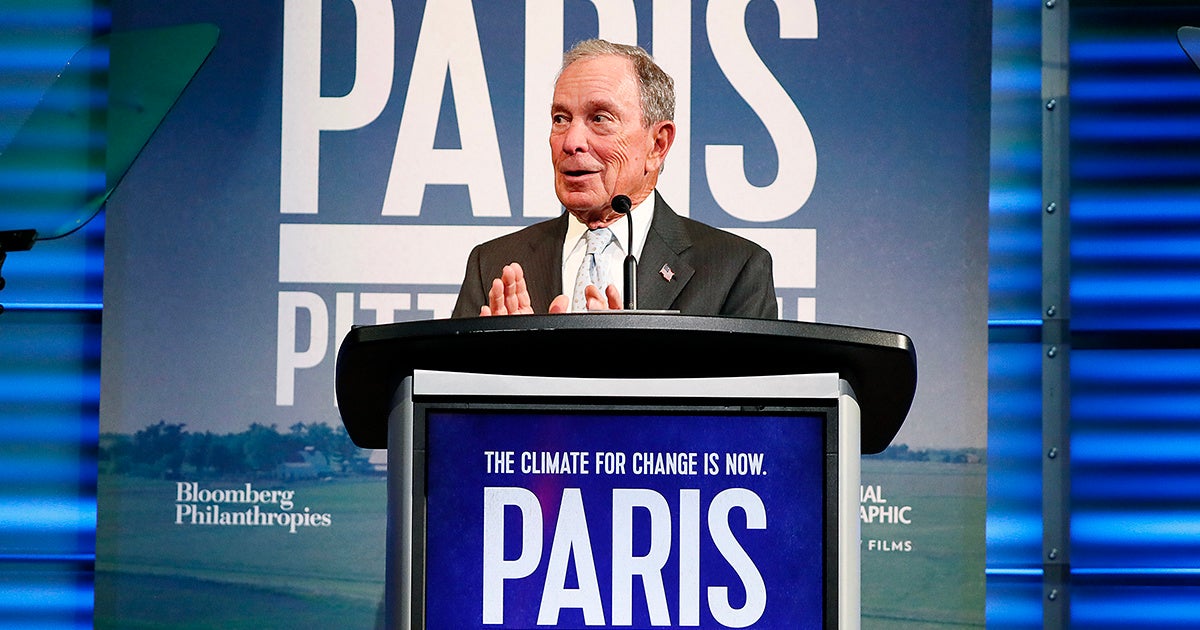 Former New York City Mayor Michael Bloomberg has a new mission: closing every coal plant in the U.S. by 2030.

The goal is part of Bloomberg’s new Beyond Carbon initiative, which he will formally announced during a commencement address at the Massachusetts Institute of Technology Friday, The Associated Press reported. Bloomberg is pledging $500 million towards an effort to close coal plants and transition the country towards 100 percent renewable energy. It is the single-largest philanthropic effort dedicated to addressing the climate crisis, Bloomberg’s foundation said.

The campaign will focus on state and local energy policy in an attempt to work around the Trump administration’s pro-fossil-fuel agenda.

“We’re in a race against time with climate change, and yet there is virtually no hope of bold federal action on this issue for at least another two years. Mother Nature is not waiting on our political calendar, and neither can we,” Bloomberg said, as The Associated Press reported.

Starting today, @BeyondCarbon will be the largest-ever coordinated campaign in the U.S. to attack the climate crisis.

We won’t wait for a new President – we will address this head on. I look forward to sharing more details at @MIT Commencement today. pic.twitter.com/bEhUHAehe1

Most of the money will be spent over the next three years in an effort to support green political candidates and environmental groups lobbying state and local governments and public utility commissions to shut down coal plants and replace them with wind and solar power, The New York Times reported.

“Beyond Carbon is working to get the country on the path to a 100 percent clean energy economy and ensure that after the 2020 election, the next Administration inherits a country already well on the way to a full clean energy economy,” the website reads.

Led by @MikeBloomberg, Beyond Carbon will partner with orgs and communities to use advocacy, legal and electoral strategies to accelerate the U.S.’ transition to a 100% clean energy economy. Learn more about our initiative at https://t.co/hvuyWw0K8u.

The campaign builds on Bloomberg’s previous efforts with the Sierra Club under the banner Beyond Coal. Bloomberg donated more than 0 million to that campaign, The New York Times reported. Since that effort was launched in 2011, about half of the nation’s coal plants have closed, The Associated Press said.

However, the remaining half will be harder to shutter, according to The New York Times. That is because they fall roughly into three tough categories:

1. Older plants that are therefore exempt from pollution controls and so very cheap to operate.

2. Plants built in the last 25 years that have spent a lot of money on pollution controls, money that local authorities don’t want to see wasted.

3. Plants in states like Kentucky and West Virginia where propping up the coal industry is a major part of political culture.

Bloomberg adviser Carl Pope said the first step would be transitioning the top 10 electricity-consuming states, including Texas and Pennsylvania, away from fossil fuels.

“If you move those 10 states decisively toward 100 percent renewable electricity, that actually means that every major public utility in the United States would have to go clean,” he told The New York Times.