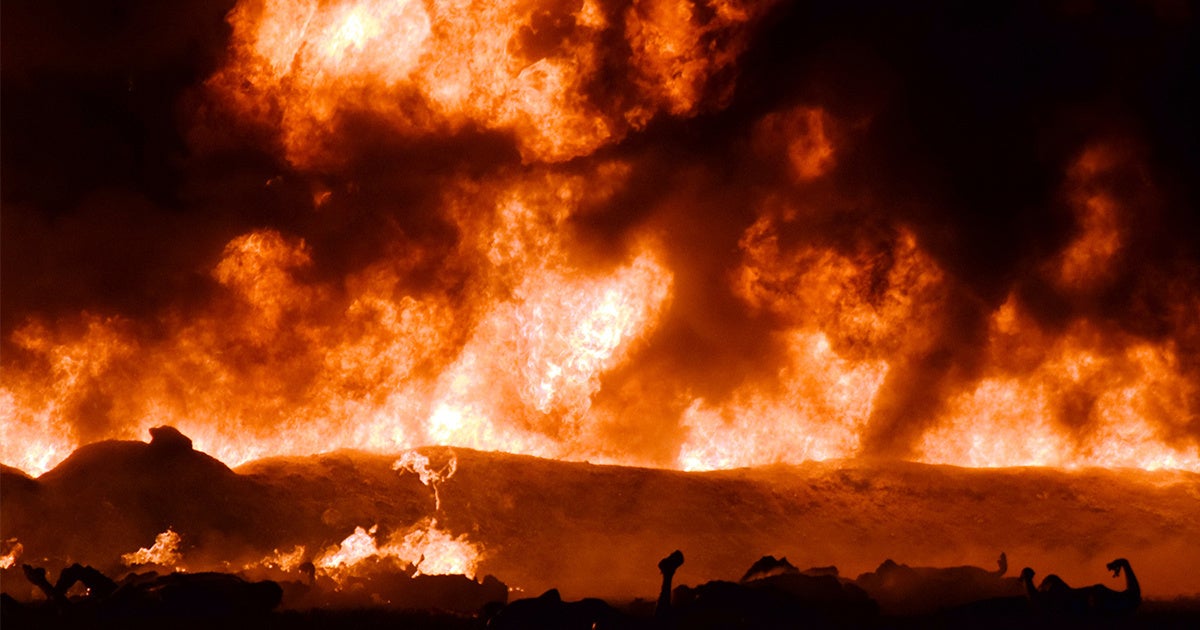 The fire that erupted after a pipeline explosion in Mexico Friday. FRANCISCO VILLEDA / AFP / Getty Images

The explosion occurred in a field in the municipality of Tlahuelilpan as people rushed to gather fuel from the pipeline, which had been ruptured by suspected thieves. Many were covered in oil before a fireball shot into the air.

“Hit the ground,” one person yelled, according to video footage described by The Guardian.

Fifty-eight people were injured and dozens are still missing, The Associated Press reported. The state and federal governments will cover all medical and funeral costs.

The piece of pipeline that exploded had been ruptured and repaired by thieves many times, according to locals.

“It was the popular tap,” 22-year-old Enrique Cerron, who lives nearby, told The Associated Press. “You could pass by at 11 or 12 in the morning and see people filling up here.”

The Associated Press described a festive atmosphere before the blast occurred:

At first, the gasoline leak was manageable, residents say, emitting a tame fountain of fuel that allowed for filling small buckets at a time. But as the crowd swelled to more than 600, people became impatient.

That’s when a man rammed a piece of rebar into a patch, according to Irma Velasco, who lives near the alfalfa field where the explosion took place, and gasoline shot 20 feet into the air, like water from a geyser.

A carnival atmosphere took over. Giddy adults soaked in gasoline filled jugs and passed them to runners. Families and friends formed human chains and guard posts to stockpile containers with fuel.

Omar Fayad, the Governor of the State of Hidalgo, where the explosion took place, warned people on Twitter of the dangers of stealing fuel, according to The Guardian.

“What happened today in Tlahuelilpan should not be repeated,” he said.

The incident comes as the government of newly elected President Andrés Manuel López Obrador attempts to cut down on fuel theft. The government has shut off pipelines, meaning gas stations around the country have been out of fuel for up to two weeks, and drivers have grown desperate, CNN reported.

The particular pipeline where the explosion took place had been offline for four weeks before fuel began flowing again, The Associated Press reported.

The pipeline belonged to state-run oil company Petroleos Mexicanos, or Pemex. The company initially blamed thieves for the explosion, but an investigation is ongoing. General Prosecutor of Mexico Alejandro Gertz Manero said it was possible the blast was caused by static electricity from the synthetic fibers of the clothing of the people crowding around the pipeline.