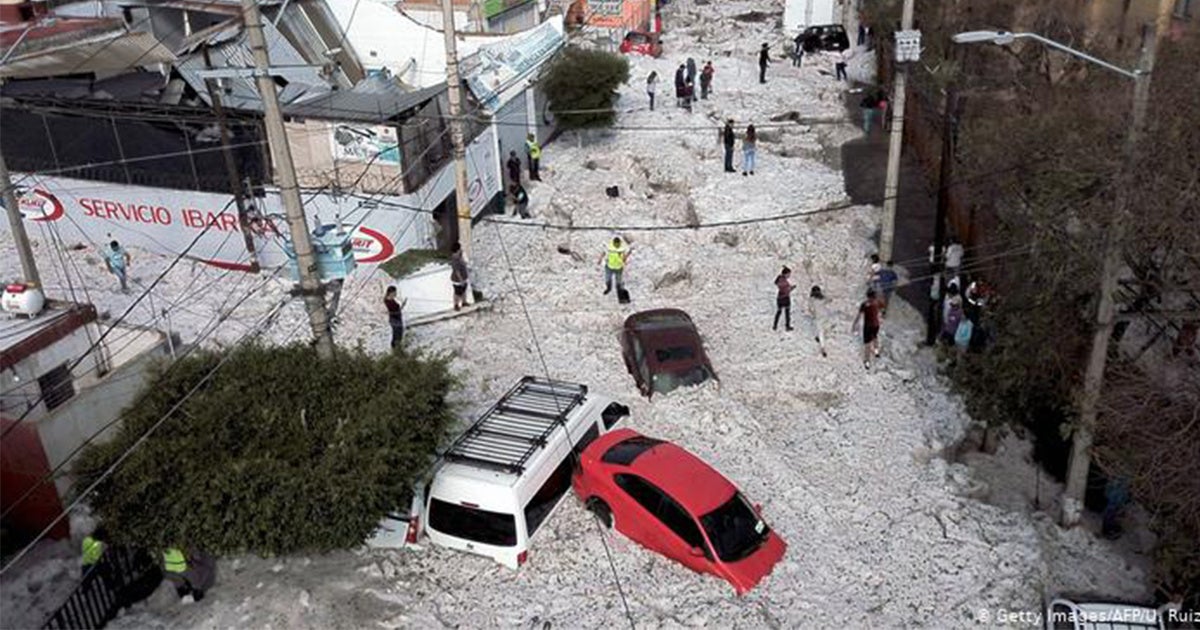 A deluge of hail engulfed the outskirts of Guadalajara on Sunday, half-burying vehicles in ice and damaging nearly 200 homes.

The freak hail storm in one of Mexico’s largest cities came as summer temperatures hovered around 31 degrees Centigrade (88 degrees Fahrenheit) in recent days. 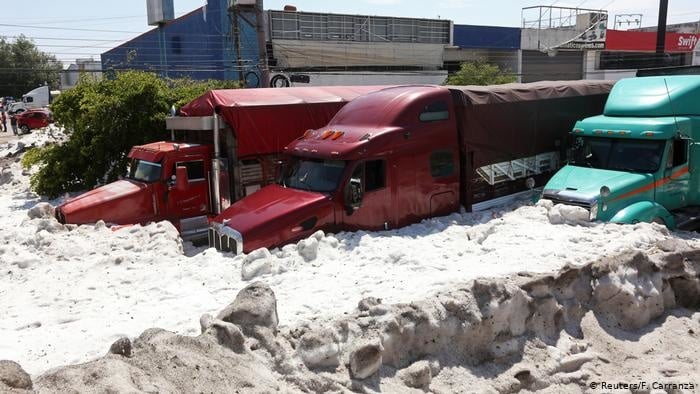 “I’ve never seen such scenes in Guadalajara,” said the governor of Jalisco state, Enrique Alfaro. “Then we asked ourselves if climate change is real. These are never-before-seen natural phenomena,” he said. “It’s incredible.”

At least six neighborhoods were covered in ice up to two meters (two yards) deep. 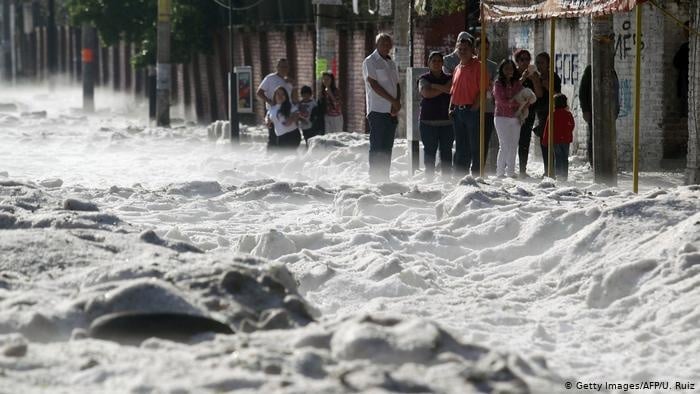 Children were seen playing in the ice and throwing snowballs at each other in the middle of summer, while people stood around near piles of ice wearing t-shirts. 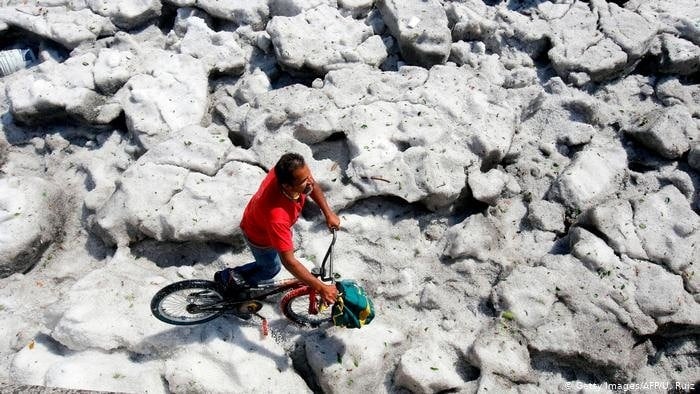 Civil Protection personnel and soldiers brought out machinery to clear the roads. 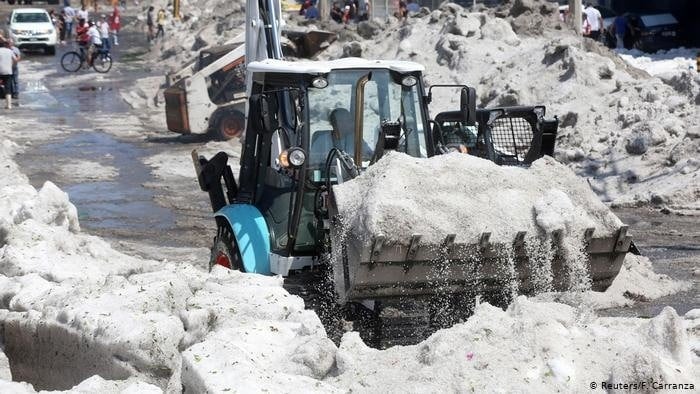