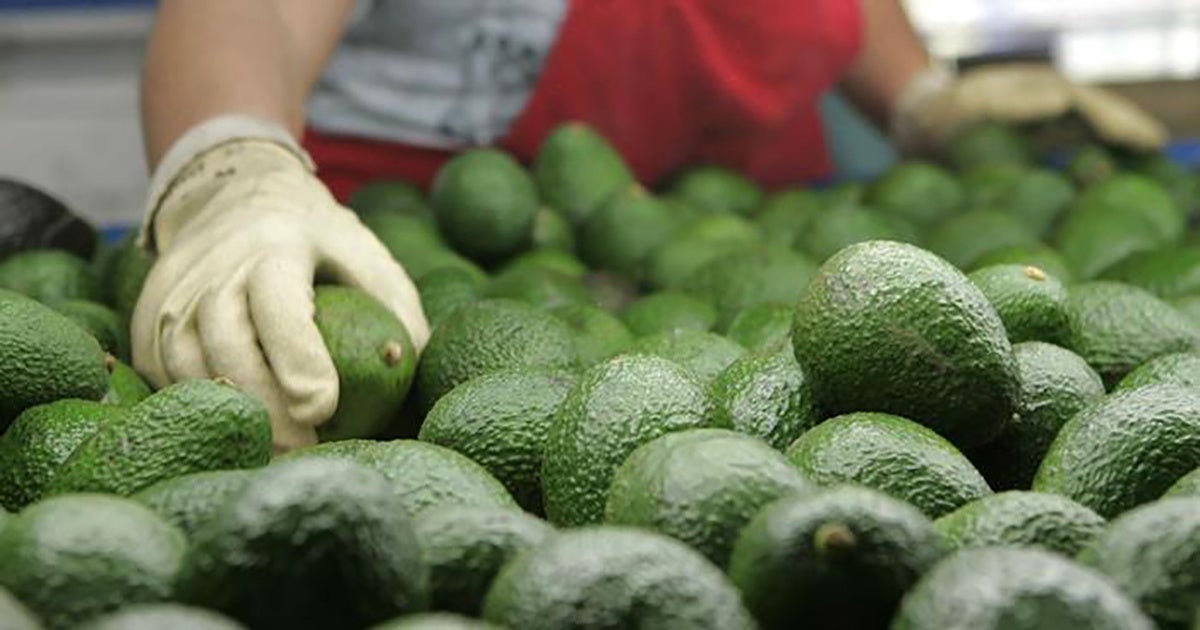 The U.S. has acquired quite a liking for the Mexican dip guacamole. Especially on the day of the Super Bowl, Americans devour the avocado-based dip in immense quantities. According to the Avocado Producers and Exporting Packers Association of Mexico (APEAM), 120,000 tons of avocados were imported by the U.S. for consumption during this year’s Super Bowl alone. That’s 20 percent more than in the previous year and four times the quantity of 2014.

The Americans’ craving for avocado is increasingly forcing taco stalls in Mexico to serve their meat-filled tortillas with fake guacamole. The fake variety still contains the base ingredients of tomatoes, chili oil, salt, garlic and cilantro, but the avocados are substituted by a type of Mexican squash. The dip retains its green color and has a similar consistency and taste to the original. Nevertheless, “it still hurts,” the online portal Chilango said.

Recipes akin to one published by food blogger Alejandra de Nava have been in circulation for years now. The uproar around fake guacamole, however, stems from the skyrocketing prices for avocados, making their use in guacamole almost a luxury. 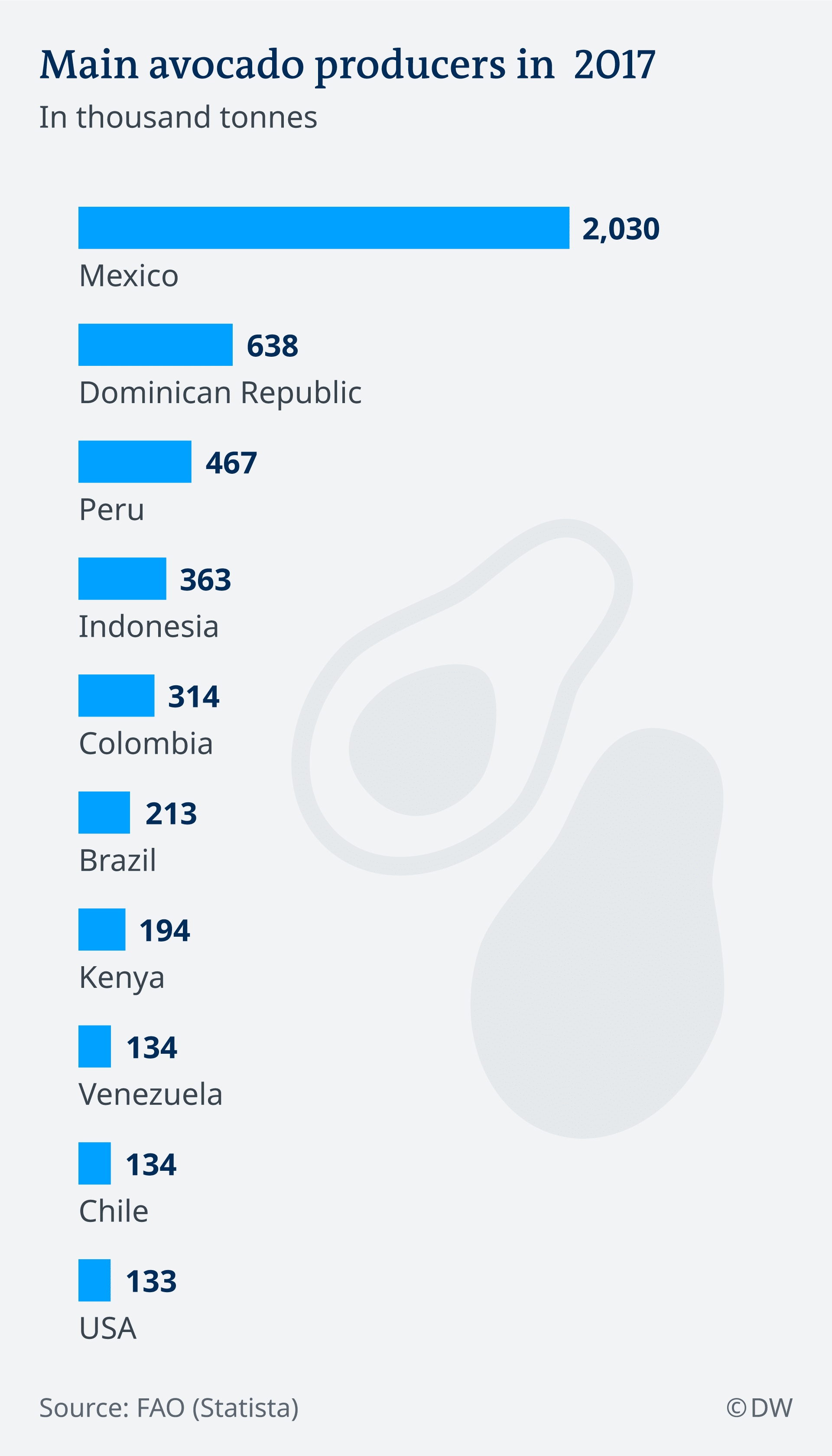 A decline in harvest yields and the rising demand from the U.S. are the culprits, avocado producer Pedro Bucio told the regional newspaper Diario de Coahuila. Supply and demand determine the price. “There are fewer avocados here in Mexico and this shortage has caused the increase in prices,” Bucio explained. At the end of June, one kilo of avocados cost up to 100 pesos (.24, €4.67).

But Mexico’s agriculture minister, Victor Villalobos, blames speculators for the rise in prices. The numbers, however, tell a different story.

The production of avocados in the first five months of this year was down 1.2 percent or 10,000 tons compared to that in the corresponding period last year. Exports, meanwhile, were up by 7.6 percent. In the last ten years, exports have quadrupled. Much of the demand originates from the U.S., where the consumption of avocados is increasing by about 15 percent every year.

In the U.S., avocados are considered “superfoods,” which are rich in unsaturated fats, potassium and vitamin E. They also help keep cholesterol levels in check, strengthen the immune system and do not cause significant weight gain despite being a calorie bomb.

While four-fifths of all Mexican avocados are exported to the U.S. today, they were kept away from U.S. markets until 1997 for fear of pest infestations. Mexico sold .5 billion worth of avocados to the U.S. in the past year; that’s more than the export of oil brought in.

Germany, on the other hand, imports its avocados predominantly from Peru, Chile, Spain and Israel.

Even Mexican drug cartels seem to want a piece of the avocado business. Due to its weather and geography, the Mexican state of Michoacan has become a hub for the production of synthetic drugs and, simultaneously, a “paradise” for the cultivation of avocados.

The situation has led some leading producers to form their own security services, the so-called autodefensas, which is a private paramilitary force. 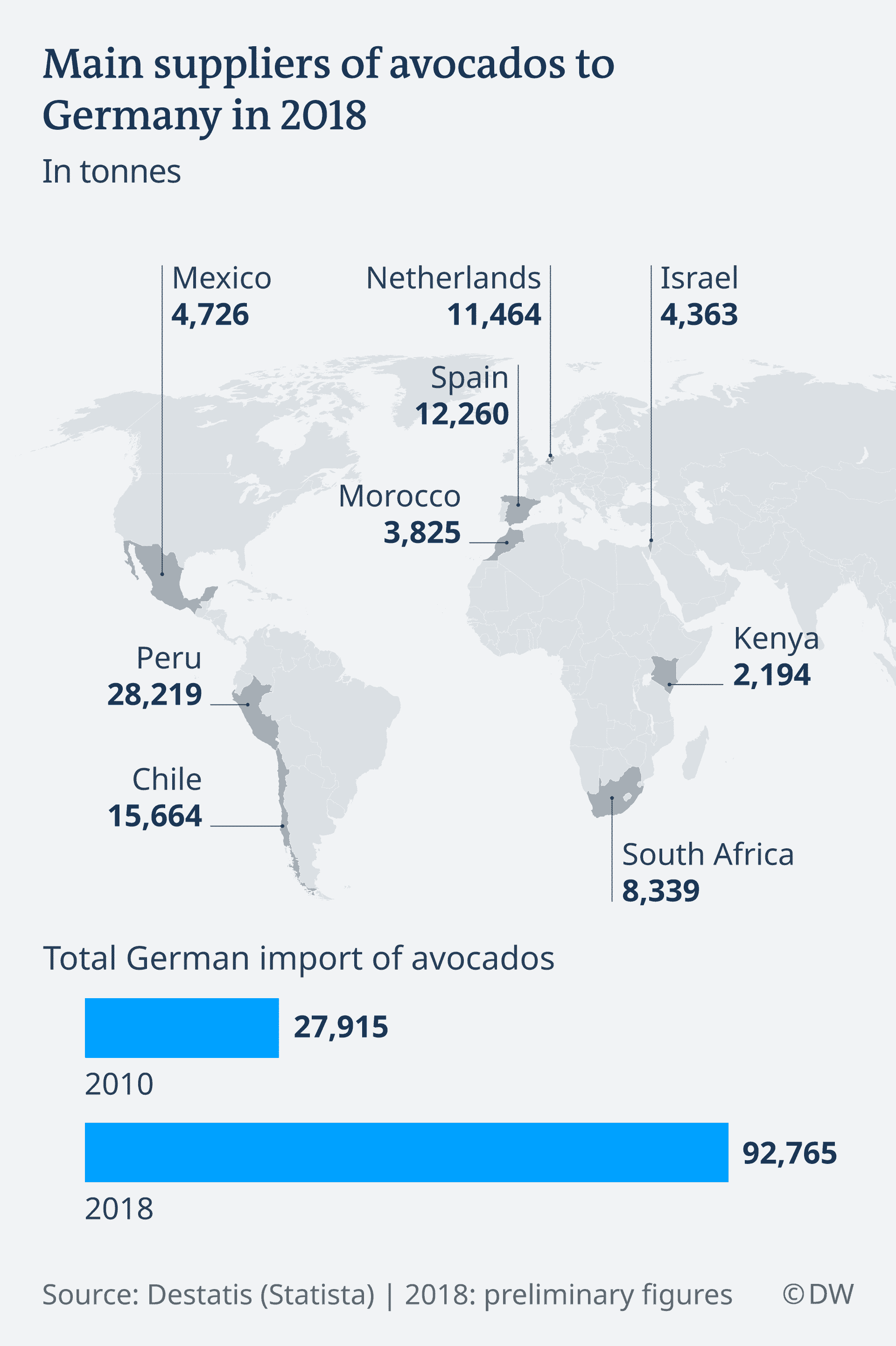 Demand for more acreage has caused an increase in illegal deforestation. Moreover, the cultivation of avocados requires vast amounts of water, which is a scarce resource in the region to begin with and supplies have become increasingly limited due to changing climate patterns.

The problem of rising prices is not entirely new. Two years ago, bad harvests and huge international demand caused a dramatic increase in prices. After all, avocado consumption had increased not just in the U.S., Canada and the EU, but also in China and Japan. Mexico, as the world’s largest exporter and the country with the highest per capita consumption of avocados, had even thought about importing the fruit. The average Mexican consumes more than seven kilos of avocados a year.

The importance of Mexico’s avocado imports became even more apparent when U.S. President Donald Trump in May threatened to impose punitive tariffs on all Mexican imports, should Mexico not intensify its actions concerning migrants. He then called off his plans at the last minute after Mexico responded with a threat to drastically jack up import costs of avocados, painting a picture of a Super Bowl without guacamole. The downside: Many Mexicans have to content themselves with fake guacamole because of the overwhelming U.S. demand.