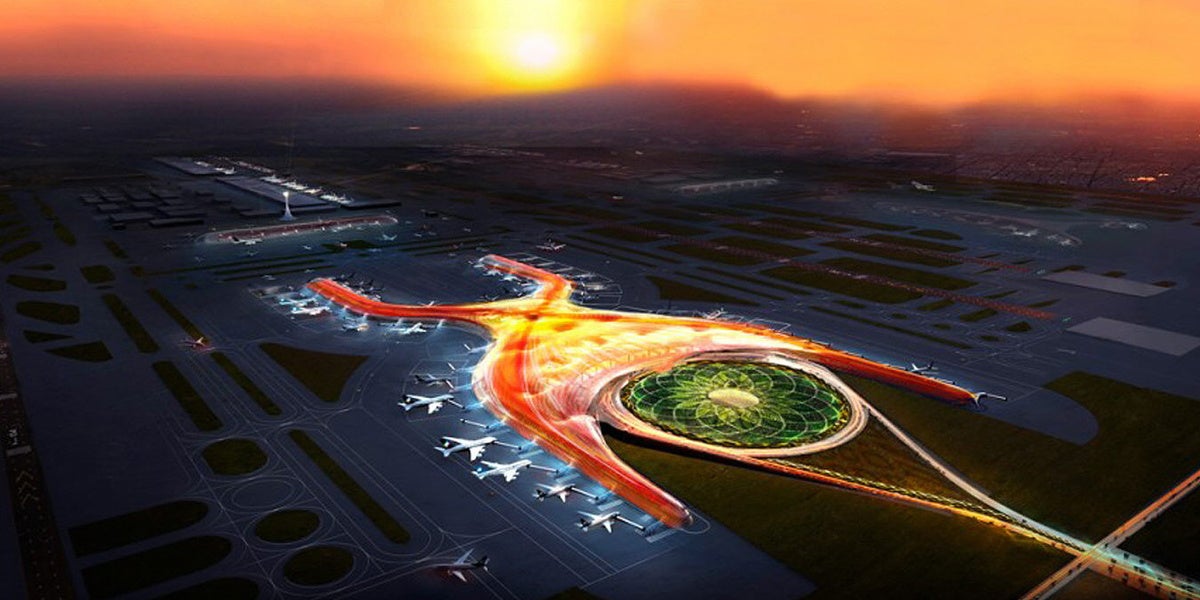 Mexico City long ago outgrew the two-terminal Benito Juárez International Airport, which is notorious for delays, overcrowding and canceled flights.

Construction is now underway on a striking new international airport east of this metropolis of 20 million. When it opens in late 2020, the LEED-certified new airport—whose terminal building was designed by renowned British architect Norman Foster in collaboration with the well-known Mexican architect Fernando Romero—is expected to eventually serve 125 million passengers. That’s more than Chicago O’Hare and Los Angeles’ LAX.

But after three years of construction and US$1.3 billion, costs are ballooning and corruption allegations have dogged both the funding and contracting process. 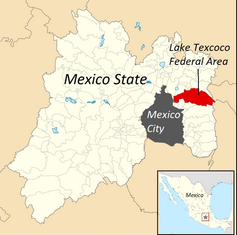 Mexico’s new airport sits in a federal reserve.Yavidaxiu / The Conversation, CC BY

Environmentalists are also concerned. The new airport is located on a semi-dry lake bed that provides water for Mexico City and prevents flooding. It also hosts migrating flocks and is home to rare native species like the Mexican duck and Kentish plover.

According to the federal government’s environmental impact assessment, 12 threatened species and 1 endangered species live in the area.

The airport project is now so divisive that Andrés Manuel López Obrador, the populist front-runner in the country’s 2018 presidential campaign, has suggested scrapping it entirely.

I’m an expert in landscape architecture who studies the ecological adaption of urban environments. I think there’s a way to save Mexico’s new airport and make it better in the process: create a nature reserve around it.

Five hundred years ago, lakes covered roughly 20 percent of the Valle de Mexico, a 3,500-square-mile valley in the country’s south-central region. Slowly, over centuries, local residents—first the Aztecs, then the Spanish colonizers and then the Mexican government—built cities, irrigation systems and plumbing systems that sucked the region dry.

By the mid-20th century, the lakes had been almost entirely drained. In 1971, President Luís Echeverría decreed the area a federal reserve, citing the region’s critical ecological role for Mexico City. The smattering of small lakes and reforested land there now catch and store runoff rainwater and prevent dust storms.

The new airport will occupy 17 square miles of the 46-square-mile former Lake Texcoco. To ensure effective water management for Mexico City, the airport master plan proposes creating new permanent water bodies to offset the lakes lost to the airport and cleaning up and restoring nine rivers east of the airport. It also proposes planting some 250,000 trees.

The government’s environmental assessment determined that the impacts of the new airport, while significant, are acceptable because Lake Texcoco is already “an altered ecosystem that lost the majority of its original environmental importance due to desiccation and urban expansion.” Today, the report continues, “it is now only a desolate and abandoned area.”

I see this environmental controversy as an opportunity to give Mexico City something way more transformative than a shiny new airport.

Nobody can entirely turn back the clock on Lake Texcoco. But the 27 square miles of lake bed not occupied by the airport could be regenerated, its original habitat partially revitalized and environmental functions recovered in a process known as restoration ecology.

I envision a huge natural park consisting of sports fields, forests, green glades and a diverse array of water bodies – both permanent and seasonal—punctuated by bike paths, walking trails and access roads.

The airport will come equipped with new ground transportation to Mexico City, making the park easily accessible to residents. Extensions from the surrounding neighborhood streets and highways could connect people in poor neighborhoods abutting the airport—dense concrete jungles like Ecatepec, Ciudad Nezahualcoyotl and Chimalhuacan—to green space for the first time.

The nine rivers that empty into Lake Texcoco from the east could be turned into greenways to connect people from further out in Mexico State to what would become the area’s largest public park.

Space could also be reserved for cultural attractions such as museums, open and accessible to passengers in transit.

This idea is not as crazy as it sounds.

As early as 1998, Mexican architects Alberto Kalach and the late Teodoro González de León proposed rehabilitating the lakes of the Valley of Mexico. Their book, The City and its Lakes, even envisaged a revenue-generating island airport as part of this environmentally revitalized Lake Texcoco.

Under President Felipe Calderon, Mexico’s National Water Commission also proposed building an ecological park in Lake Texcoco, which was to include an island museum and restore long-degraded nearby agricultural land. But the project never gained traction.

Granted, turning a large, half-constructed airport into a national park would require an ambitious new master plan and a budget reallocation.

But in my opinion, evolution and change should be part of ambitious public designs. And this one is already expected to cost an additional $7.7 billion to complete anyway.

Toronto’s Downsview Park—a 291-acre former air force base turned green space—has transformed so much since its conception in 1995 that its declared mission is now to “constantly develop, change and mature to reflect the surrounding community with each generation.”

Local communities neighboring Mexico City’s new airport were not adequately consulted about their needs, environmental concerns and their current stakes in the Lake Texcoco area. A revamped park plan could be truly inclusive, designed to provide recreation and urban infrastructure—and maybe even permanent jobs—for these underserved populations.

Three of the four candidates in Mexico’s July 1 presidential election want to finish Mexico City’s new international airport. But López Obrador, who for months has had an unbeatable lead in the polls, is not so sure.

Early in his campaign, he said he would cancel it if elected. Instead, López Obrador suggested, a former air force base could become the new international terminal. It would be connected to Benito Juárez airport, 22 miles south, by train.

López Obrador has since said he would support completing construction of the new international airport if the remaining financing came from the private sector, not the Mexican government. Currently, some two-thirds of the project is funded by future airport taxes.

López Obrador’s promise to review and likely upend the airport plan could open the door to its wholesale transformation, putting people and nature are at the core of a plan ostensibly designed for the public good.