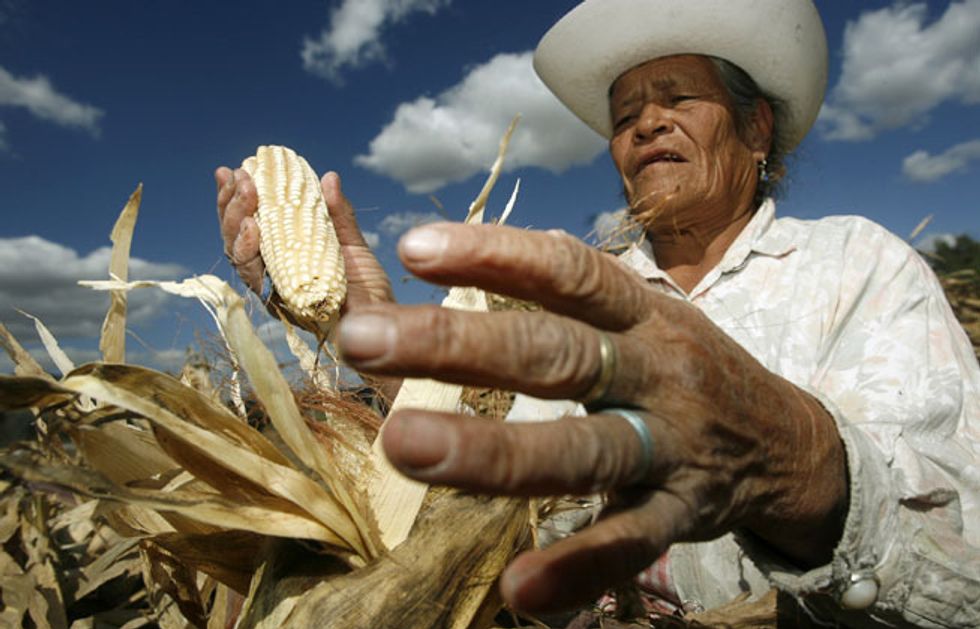 A Mexico judge has placed an indefinite ban on genetically engineered corn.

Effective immediately, companies like Monsanto and DuPont/Pioneer will no longer be allowed to plant or sell their corn within the country’s borders.

According to Environmental Food and Justice, Judge Jaime Eduardo Verdugo J. of the Twelfth Federal District Court for Civil Matters of Mexico City wrote that the genetically engineered corn posed ”the risk of imminent harm to the environment.”

He also ordered Mexico’s Secretary of Agriculture and SEMARNAT (Secretaría de Medio Ambiente y Recursos Naturales), the equivalent to the U.S. EPA, to immediately “suspend all activities involving the planting of transgenic corn in the country and end the granting of permission for experimental and pilot commercial plantings.”

The ruling means Monsanto and other biotech companies will be required to halt all activities in the country, giving collective action lawsuits initiated by citizens, farmers, scientists and other concerned parties a chance to work their way through the judicial system.

According to a local press release, Acción Colectiva [Collective Action] aims to achieve absolute federal declaration of the suspension of the introduction of transgenic maize in all its various forms, including experimental and pilot commercial plantings, in Mexico, “which is the birthplace of corn in the world.”

The ruling provides at least temporary protection for the 20,000 varieties of corn grown in Mexico and Central America.

In a similar move, the Big Island County Council in Hawaii is considering a ban on GMOs.