Methane’s Contribution to Global Warming is Worse than You Think 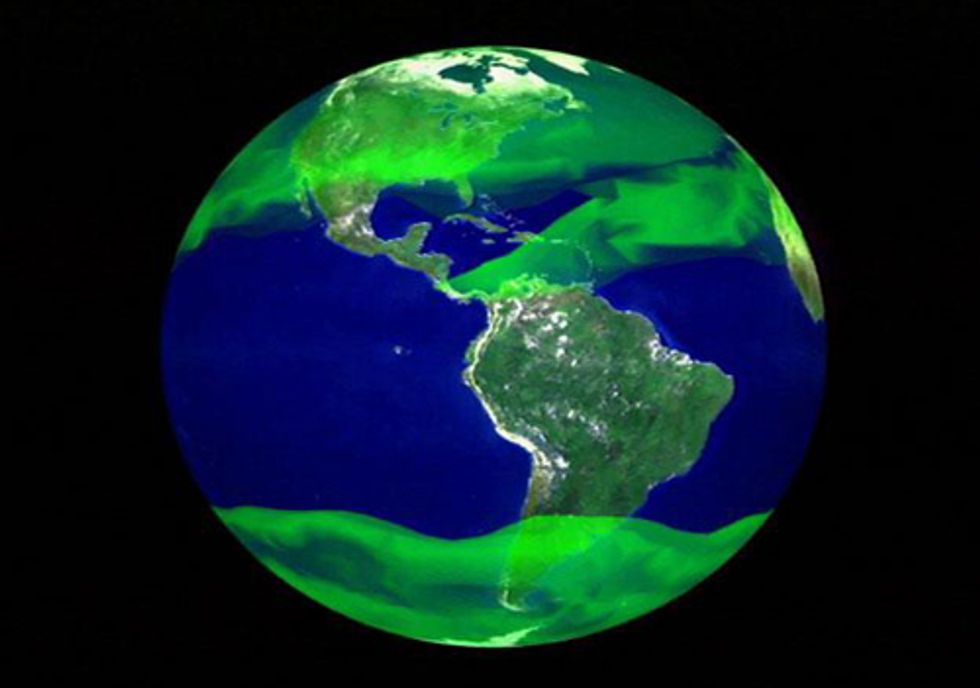 “Methane is 21 times more heat-trapping than carbon dioxide.” If you’re a frequent reader of environmental websites, no doubt you’ve seen some version of that sentence many times. The “twenty-times” figure is the most common way of explaining how methane (or CH4, or uncombusted natural gas) reacts in the atmosphere.

Just one problem: It’s not entirely accurate—at least not in the time-scale we should be using to think about how to tackle greenhouse gas emissions.

Actually, any CH4 released today is at least 56 times more heat-trapping than a molecule of C02 also released today. And because of the way it reacts in the atmosphere, the number is probably even higher, according to research conducted by Drew Shindell, a scientist at NASA’s Goddard Space Center. So why is the 21 times figure the one that gets bandied about? Because methane breaks down much faster than carbon dioxide. While CO2 remains in the atmosphere for at least a century (and probably much, much longer, according to Stanford’s Ken Caldeira), CH4 lasts only about a dozen years. When the Intergovernmental Panel on Climate Change had to come up with a way for comparing different greenhouse gases, it decided to use a century baseline to calculate a molecule’s “global warming potential.”

See this graph on global warming potential values for some key GHGs by the GHG Management Institute (you'll have to scroll down a bit to get to it).

While these various comparisons are well understood by climatologists and climate change policy wonks, I’m guessing they’re not that well known among the general public.

Why does it matter? Because we don’t have a century to get serious about the impacts of runaway greenhouse gas emissions. Climate change is upon us now. And we appear to be approaching some irrevocable tipping points that will create powerful negative feedback loops, the most worrisome being the release of methane stores at the bottom of the ocean and locked into sub-Arctic permafrost.

Carbon dioxide’s longevity means that the warming we’re experiencing now is actually the result of fossil fuel burning that happened a generation ago. And the emissions we’re causing today won’t be felt for decades to come. At our current rate of emissions, we’ll be toast 100 years from now.

What if we were to use the IPCC’s 20-year comparison instead of its 100-year comparison? For starters, it would force us to get much more serious about tackling  the sources of methane emissions. Here in the US, the top methane sources are the decomposition of wastes in landfills, agriculture (from ruminant digestion), and leaks from natural gas drilling and transmission. A new emphasis on methane would require us to get smarter about capturing methane at landfills, reduce the market incentives that encourage Americans’ meat-heavy diets and ensure that methane isn’t leaking from fracking operations.

But beyond the policy specifics, adopting the 20-year global warming potential comparisons would be useful for changing how we think about climate change.

In his much discussed Rolling Stone essay, Bill McKibben lays out three numbers everyone should know to understand the global warming threat. Two degrees centigrade—the global average temperature increase we dare not cross; 565 gigatons—the amount of CO2 we can afford to emit and still stay within that temperature; and 2,795 gigagtons of C02—the amount of fossil fuel reserves we know we have. But there are some numbers McKibben neglected: the numbers on the calendar, figures like 2022, 2032, 2112. These are just as important to keep in mind. If scientists and policy makers (and journalists and advocates) continue to use a century-mark to measure and compare emissions, well then it seems like we have plenty of time; complacency remains an option. If we use the 20-year measurements, the immediacy of the global warming threat is more apparent.

We’re running out of time, and the luxury of fudging the numbers. Which is reason enough for me to start making sure that whenever I’m writing about methane emissions, I’ll be using a different set of figures from now on.