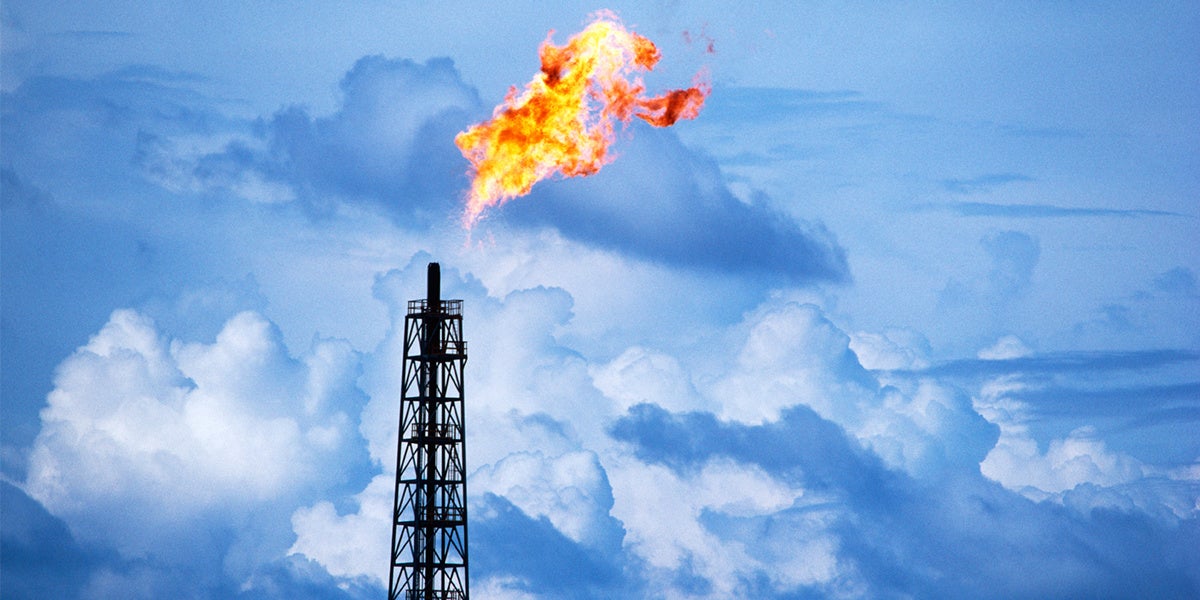 As investors increasingly focus on the risk of climate change in their portfolios, a new report from Environmental Defense Fund (EDF) shows some oil and gas companies are exposing themselves to scrutiny by failing to adequately disclose meaningful information on emissions of methane, the heat-trapping pollutant that is drawing increased attention from the public.

The analysis demonstrates company reporting on methane has improved slightly, though unevenly, over the past two years since EDF first examined methane disclosure within the U.S. oil and gas industry in their report, Rising Risk. The quality of methane reporting has improved among the top companies, though 42 percent of the companies surveyed disclose nothing on their methane management practices.

Methane—the key component of natural gas and a greenhouse gas 84 times more potent than carbon dioxide—is responsible for more than a quarter of the warming we are experiencing today and represents a fast-emerging, highly-potent form of carbon risk for investors.

“As a long-term global investor, we recognize that methane emissions are one of the most financially significant environmental risks we face,” said Brian Rice, Portfolio Manager at CalSTRS, California’s second largest public pension fund. “While the oil and gas industry has taken some steps to address this issue, CalSTRS sees opportunities for the industry to enhance its methane risk management and reporting efforts that simultaneously reduce atmospheric emissions and capture more natural gas by phasing out methane-emitting equipment, increasing training and designing new emissions-free systems.”

The report, The Disclosure Divide: Revisiting Rising Risk and Methane Reporting in the U.S. Oil & Gas Industry, examines the current state of voluntary reporting on methane in the U.S. oil and gas sector. The authors surveyed publicly disclosed data and found of the 64 top upstream and midstream companies surveyed, only four companies report quantitative methane targets. Only nine companies report comprehensively on their leak detection and repair (LDAR) programs.

The report does show that investor engagement improves reporting. Five of the seven companies newly reporting on methane were targets of methane-disclosure shareholder resolutions during the past two years. The report also shows 82 percent of companies in voluntary initiatives provide some disclosure on methane.

Just Monday, XTO Energy, a subsidiary of ExxonMobil and one of North America’s largest oil and gas producers, called on governments to regulate and reduce methane emissions from the oil and gas industry. The analysis of company data includes public positions on methane regulation. With the addition of Exxon, there are now 10 companies, up from nine, who report a position.

Bright spots in the report include Southwestern Energy, which not only has a quantitative target, but is also committed to continuous improvement. Cimarex Energy received methane shareholder resolutions in 2016 and 2017, and has now started providing more transparent information about its methane management practices. And Noble Energy reports extensively on its LDAR program, and reports reducing over 1.5 billion cubic feet of methane in 2016.

Methane emissions from the oil and gas sector are viewed as a financially material issue for companies, and by extension, their investors. Every ton of methane allowed to escape represents not only a loss of sellable product, but also undercuts natural gas’ climate benefits as a fuel source. A 2015 study by the Rhodium Group found that the sector loses $30 billion globally each year from leaked or vented methane at oil and gas facilities.

The International Energy Agency (IEA) is clear that the future of the oil and gas industry is dependent on how they manage the methane risk. IEA says the industry can feasibly reduce up to 75 percent of its current methane emissions.

The report suggests that all companies should report on basic metrics, including emissions data, LDAR programs, positions on regulation, and targets. Leading companies should continue to raise the bar by bringing continuous improvement in disclosure and methane management. And investors and other industry stakeholders should continue and expand engagement, where constructive conversation could help close the disclosure divide.

“Investors are increasingly looking to support leading companies who effectively manage material ESG issues,” said co-author Sean Wright of EDF+Business. “Our report shows which companies are becoming more transparent about methane management, and which are not. Investors will take note of this when making decisions.”