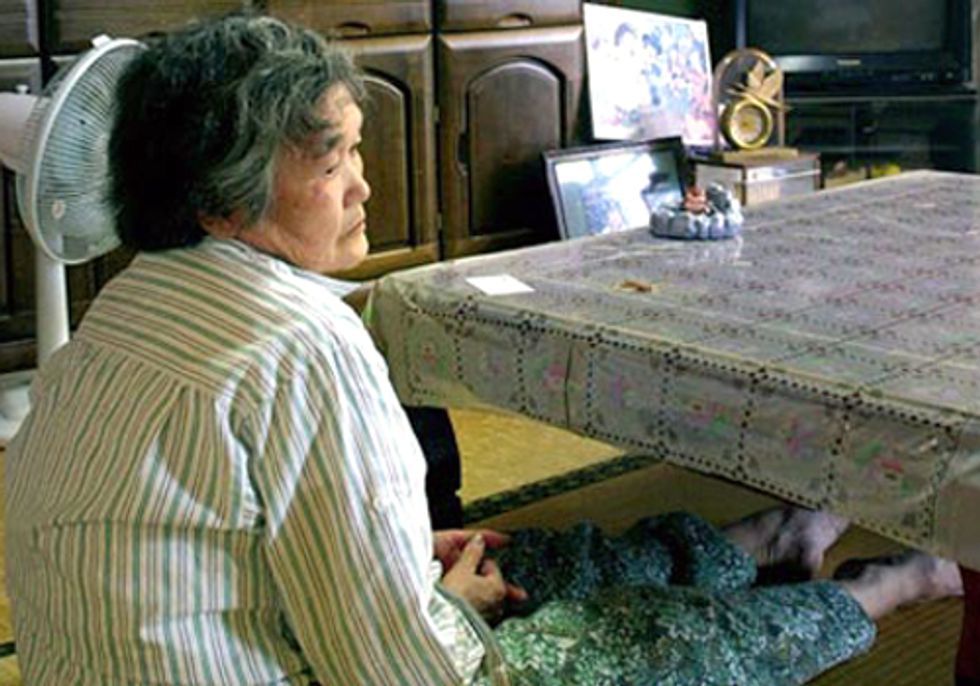 Next week, diplomats from around the world will gather in Geneva to negotiate a treaty on global emissions of mercury—a lethal neurotoxin that includes, among an inventory of grim effects, brain damage and the loss of IQ points in unborn children, injuries to kidneys and heart, and results in tens of billions of dollars in healthcare costs every year in the U.S. alone. The Geneva conference is the final of five meetings, with a treaty expected soon thereafter.

While global mercury emissions are on the rise, negotiators, unfortunately, appear to be leaning towards a treaty with soft measures unlikely to prevent continued catastrophic impacts from this deadly and debilitating poison. Ironically, signatories propose to ink their treaty in Minamata, Japan, a town that famously suffered widespread mercury poisoning.

Health experts first described mercury poisoning, then called "Minamata disease," in Minamata city, in Japan, in 1956. Mercury discharges from the Chisso chemical plant contaminated finfish and shellfish, devastating the community's human and animal population for decades. Many of the region's citizens died and tens of thousands of people suffered mercury-related illnesses.

A former Japanese prime minister proposed naming the treaty the "Minamata Convention" to inspire delegates to reach an agreement that would prevent future mercury poisoning. Sadly, the treaty does not require identification or remediation of contaminated sites, does not require polluters to pay for health damages or environmental clean-up, or provide for protection from similar disasters occurring anywhere in the world. In fact, the treaty is not expected to reduce global levels of mercury in fish and seafood at all.

Poisonous mercury raining down from coal-fired power plants has contaminated fish in every U.S. state. Now, a new report from the Biodiversity Research Institute (BRI) in Maine and IPEN, a network of 700 public interest organizations in 116 countries, shows the devastating global impacts of mercury pollution from coal-burning power plants and other mercury sources. The IPEN-BRI Global Hotspots report finds that coal-fired power plants, artisanal small-scale gold mining, chlor-alkali plants, and other industrial sources contaminate humans and fish around the world with mercury levels that exceed health advisory levels.

Mercury levels in fish from sites in Japan and Uruguay were so high that no consumption is recommended, according to U.S. Environmental Protection Agency (EPA) guidelines, and 95 percent of the human hair samples taken from individuals tested in Tokyo, Japan exceeded the U.S. EPA reference dose. The report demonstrates the need for a treaty that effectively addresses mercury releases.

The U.S. is only now starting to see progress in reducing mercury emissions. In America, citizen action forced EPA to adopt the first ever mercury and air toxics rule in 2012. This rule will prevent 90 percent of the mercury in coal burned at power plants from being emitted into the air. Experts estimate the rule will, among other things, prevent annually up to 6,000 heart attacks, 130,000 asthma attacks, 3,000 cases of chronic bronchitis, and 4,000-11,000 premature deaths.

Moreover, experts predict the rule will save $40-70bn in healthcare costs annually. Imagine the benefits if these reductions were implemented globally.

Coal barons and mining magnates are profiting from poisoning the rest of us. As coal consumption dwindles in the U.S., these companies are exporting their deadly product to the rest of world. A recent report from World Resources Institute estimates that almost 1,200 additional coal-fired plants are planned for development around the world.

But the mercury treaty is likely to call simply for reductions on a per facility basis, rather than an overall reduction in mercury emissions to air and water. As a result, the treaty could legitimize increased mercury pollution as the number of coal-fired power plants increases globally. Moreover, there is no agreement that the treaty should even require existing facilities to apply the best available techniques to reduce mercury releases.

We need a mercury treaty that actually reduces global mercury pollution. A treaty that fails to include mandatory mercury reductions overall will dishonor the victims of Minamata disease and accelerate mercury poisoning across the globe.

Those of us who care about public health and clean water, must stand strong and shame the spineless diplomats in Geneva into crafting a treaty that truly prevents the devastating environmental and public health impacts of mercury.

This column first appeared at Guardian.co.uk.