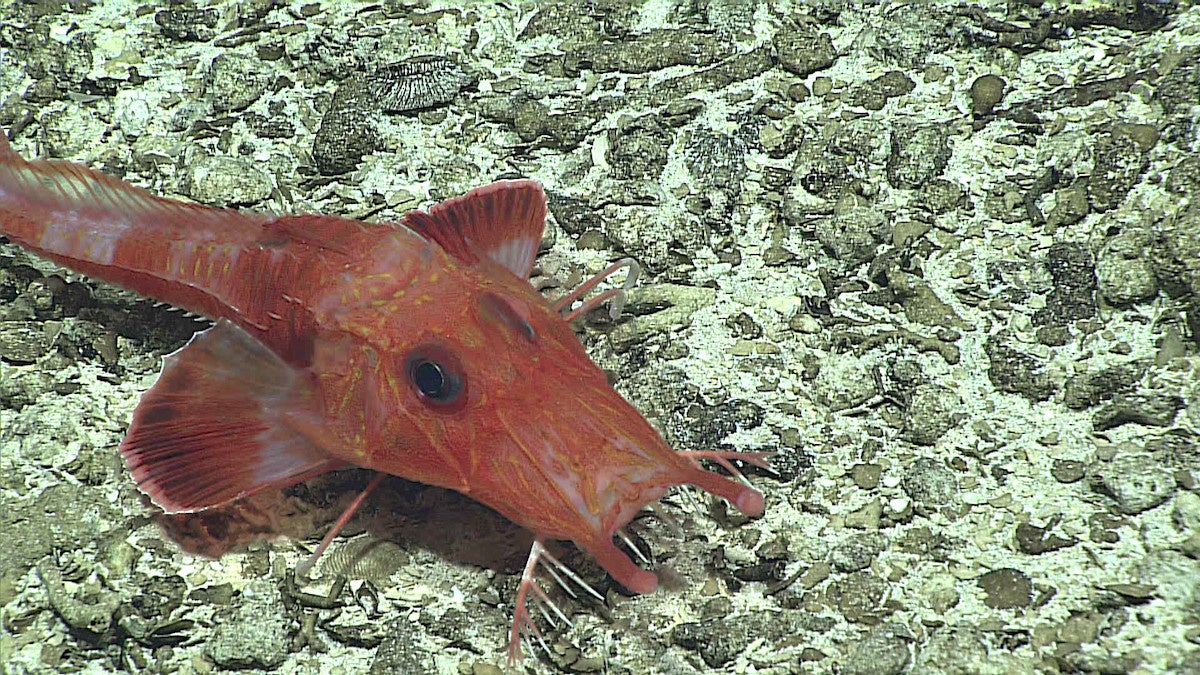 Plastic isn’t the only human pollutant infiltrating the deepest corners of the ocean.

Two separate studies presented at the Goldschmidt geochemistry conference this week found mercury in fish and crustaceans living 11,000 meters (approximately 36,000 feet) under the sea in the Mariana Trench.

“This is a surprise,” Dr. Ruoyu Sun, a scientist from Tianjin University in China who led one of the research teams, said in a Goldschmidt Conference press release published by Phys.org.

Scientists have long known that mercury, which is poisonous to both humans and animals, enters the ocean and the animals within it, concentrating in higher amounts as it works its way up the food web through a process called bioaccumulation. Swordfish, for example, contain 40 times the amount of mercury that salmon do. This means that humans who eat lots of fish are at risk from mercury poisoning, Newsweek pointed out. This can cause neurological and heart damage, and is especially dangerous for developing fetuses.

However, scientists previously thought that this process was mostly taking place in the upper ocean. Then Sun’s team found methylmercury, a toxic form of the metal that easily accumulates in animals, in the ocean’s deepest trench.

“Previous research had concluded that methlymercury was mostly produced in the top few hundred metres of the ocean. This would have limited mercury bioaccumulation by ensuring that fish which forage deeper than this would have had limited opportunity to ingest the methylmercury. With this work, we now believe that isn’t true,” Sun said in the press release.

Sun’s team uncovered their results by sending deep-sea lander vehicles in 2016 and 2017 to the Mariana and Yap trenches — “amongst the most remote and inaccessible locations on Earth,” Sun said in the press release.”

They collected deep-sea animals like amphiopods and snailfish at 7,000 to 11,000 meters (approximately 23,000 to 36,000 feet) and sediments at 5,500 to 9,200 meters (approximately 18,000 to 30,000 feet), according to an abstract. They found mercury in all the animals and could tell it came from the upper ocean because of its “isotopic fingerprint,” or chemical signature. The results showed human mercury emissions are “much more pervasive across deep oceans than was previously thought,” the abstract concluded.

A separate study led by Dr. Joel Blum of the University of Michigan found similar results in the Mariana Trench and in the Kermadec trench near New Zealand.

“The key finding is that mercury released by humans and deposited from the atmosphere to the surface of the oceans is being transported to the most remote and deepest environments in the ocean,” Blum told Newsweek.

While some mercury could have come from natural sources like volcanic eruptions, humans emit almost three times more mercury than nature does through processes like burning fossil fuels or mining metals.

“We know that mercury is introduced into the environment from a variety of natural sources such as volcanic eruptions and forest fires. However, human activities, such as coal and petroleum burning, mining, and manufacturing, are mainly responsible for mercury deposition to marine environments,” University of Hawaii professor Ken Rubin, who was not involved in the research, said in the press release. “We are now learning from these two studies that the effects of this deposition have spread throughout the ocean into the deep sea and the animals that live there, which is yet another indicator of the profound impact of modern human activities on the planet.”