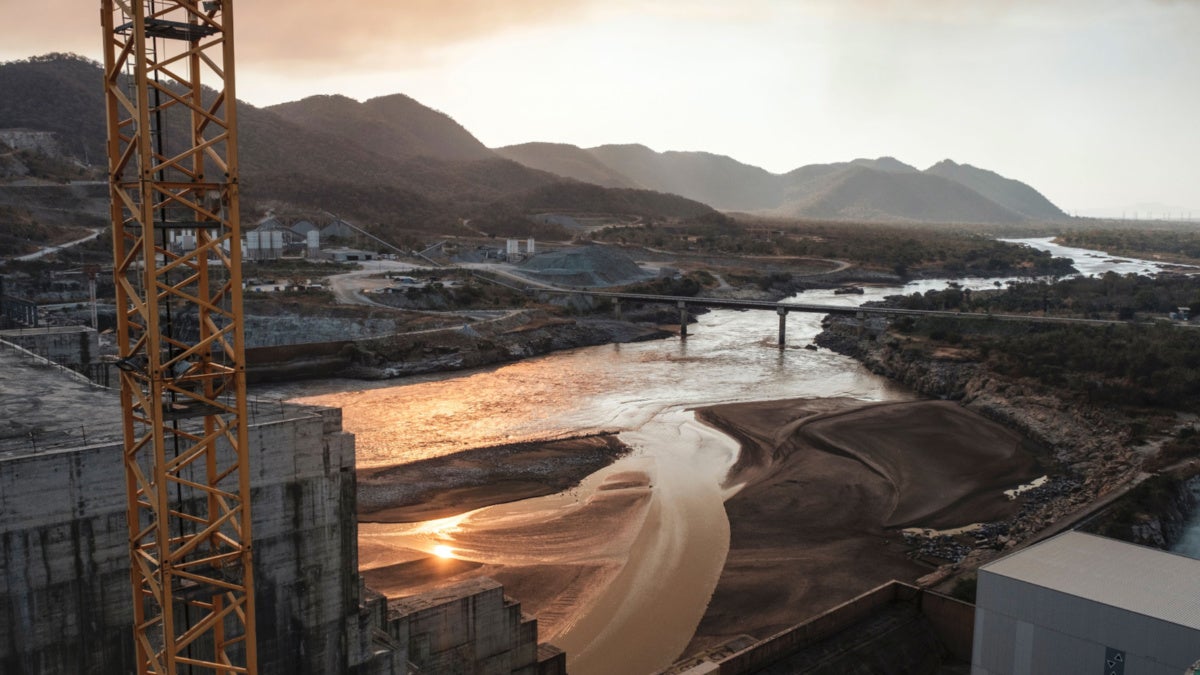 Dams are often touted as environmentally friendly. Although they do represent a renewable source of energy, a closer look reveals that they are far from green. DW lays out the biggest environmental problems of mega-dams.

Water is life — and since dams block water, that impacts life downstream, both for ecosystems and people. In the case of the Grand Ethiopian Renaissance Dam (GERD), which is being built in Ethiopia and is set to be Africa’s largest source of hydroelectric power, Egypt is concerned it will receive less water for things like agriculture.

Downstream ecosystems rely not only on water, but also on sediment, both of which are held back by big dams. As solid materials build up in a manmade reservoir, downstream land becomes less fertile and riverbeds can become deeper or even erode away. Emilio Moran, a professor of geography and environment at Michigan State University in the US, described sediment loss of 30 to 40% as a result of large dams.

“Rivers carry sediment that feeds the fish, it feeds the entire vegetation along the river. So, when you stop sediment flowing freely down the streams, you have a dead river.”

And ecosystems may have adapted to natural flooding, which dams take away.

2. Dams Reduce Biodiversity and Cause Extinction

Aquatic species, particularly fish, are vulnerable to the impacts of dams. Moran says the Itaipu Dam, which was constructed on the border between Paraguay and Brazil in the 1970s and 1980s, resulted in a 70 percent loss of biodiversity.

“On the Tucuruí Dam that was built in the 80s in the Amazon,” he added, “there was a 60% drop in productivity of fish.”

Many fish species rely on the ability to move about freely in a river, be it to seek food or return to where they were born. Migratory species are badly affected by the presence of dams. In 2016, the International Union for the Conservation of Nature (IUCN) reported a 99% drop in catches of sturgeon and paddlefish — both of which are migratory — over a period of three decades. Overfishing and river alteration were cited as major threats to the species’ survival.

A 2018 study predicted that fish stocks on Asia’s Mekong River could drop by 40% as a result of dam projects – with consequences not only for biodiversity, but for the people whose lives and livelihoods depend on those fish.

The stakes for biodiversity are particularly high for animals threatened with extinction. And not only for aquatic species. The Tapanuli orangutan — the Earth’s rarest ape, with only 500 individuals left — could finally be pushed to the brink if a planned hydroelectric project in Sumatra, Indonesia, is completed. Dams can literally snuff out species.

3. Dams Contribute to Climate Change (and Are Affected by It)

As reservoirs fill, upstream forests are flooded, eliminating their function as carbon sinks. As the drowned vegetation decomposes, decaying plants in manmade reservoirs release methane, a powerful greenhouse gas. That makes reservoirs sources of emissions — particularly those in tropical forests, where there is dense growth. It’s estimated that greenhouse gas emissions from dams amount to about a billion tons annually, making it a significant global source.

And as the climate changes, more frequent and prolonged drought means dams will capture less water, resulting in lower electricity production. Countries dependent on hydropower will be especially vulnerable as temperatures keep rising.

Moran described a vicious circle, for example in Brazil, which gets 60 to 70% of its energy from hydropower: “If you wipe out half the rainforest, there will a loss of half the rainfall. And then there won’t be enough water to provide the amount of power from those dams,” he explained.

Manmade reservoirs trap fertilizers that run into the water from surrounding land. In addition, in some developing countries, sewage flows directly into the reservoirs. This kind of pollution can result in algae blooms that suck the oxygen out of the water, making it acidic and potentially harmful to people and animals.

Still water in large manmade lakes is warm at the top and cold at the bottom, which can also affect water quality. While warm water promotes the growth of harmful algae, the cold water that is often released through turbines from the bottom of a reservoir may contain damagingly high mineral concentrations.

In some cases, water in manmade reservoirs is of such bad quality that it is not even fit to drink.

Since more surface area of the water gets exposed to the sun, reservoirs result in much more evaporation than the natural flow of the river before that dam existed. It’s estimated at least 7% of the total amount of freshwater needed for human activities evaporates from the world’s reservoirs every year.

This effect is made worse in hot regions, Moran pointed out. “Certainly if you had a reservoir in a tropical area with high temperatures, there is going to be a lot of evaporation,” he said. And big reservoirs “are, of course, evaporating constantly.”

In the face of dwindling global freshwater resources, some question whether dams should be reconsidered.

So What Are the Alternatives?

The evidence is damning. But if mega-dams have so many harmful environmental effects, what are the alternatives? Although some green groups point to small hydropower as being more ecologically sound, Moran is skeptical. “A dam is a dam – it’s blocking the fish, it’s blocking the sediment.”

He pointed to the need to consider not just how to maximize energy production, but also maintain ecological productivity. One option he cited is the use of in-stream turbines.

And many environment advocates agree that other renewable energies such as solar and wind can provide clean electricity at a far lower environmental cost.