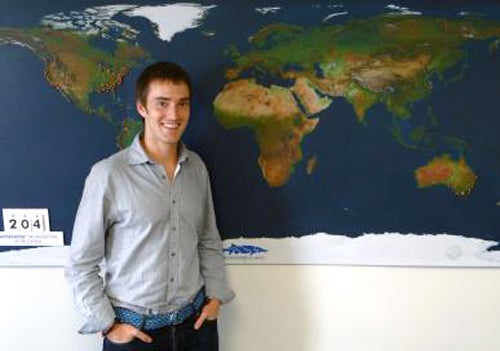 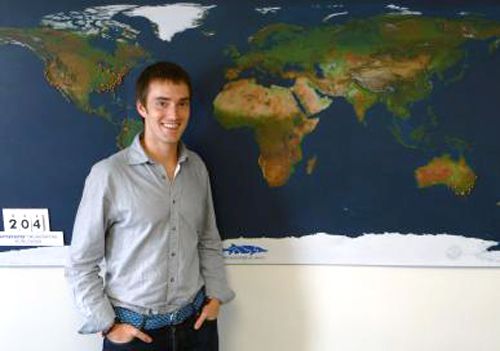 Imagine getting drinking water from a stream filled with chemicals from nearby factories or having to grow crops that are irrigated with polluted water—this is the kind of life that many villagers in China and beyond are dealing with and many villages have turned into ghost towns as younger generations want to avoid the cancerous fates that their grandparents and parents have been cursed with. With rivers, streams, lakes and other water bodies being turned into dumping grounds for untreated effluents, the issue of water pollution has been and continues to plague communities in China and other Asian countries. We talked to Charles Depman, Asia Regional Coordinator at Waterkeeper Alliance about the issues and solutions for waterway protection in Asian regions.

Ecozine: How did you get involved in the environmental movement?

Charles: I first decided to join the environmental movement during a year I spent living and working in Mainland China before going to university. At the time, I was teaching English in Guangzhou and went to stay in the home villages of several of my students during the Spring Festival. What I saw made me quit my job as a teacher and go to work at an environmental NGO in Beijing. I witnessed horrifying environmental degradation in these villages—streams that had once been used for swimming, fishing and drinking by local communities had literally turned black and could be smelled from dozen of meters away. The older generation in these villages lamented the fact that even though the government had given them new apartment buildings in exchange for their land, the next generations had been robbed of their right to a clean environment. Later in my life, I saw and lived with similar communities in Thailand, Laos, Cambodia and Bangladesh that had been adversely affected by both government and industry actions.

Ecozine: Please share more about the Waterkeeper Alliance—what are its mission and goals?

Charles: Waterkeeper Alliance is a network of clean-water advocates on six continents who are fighting on the front lines of the global water crisis. We work primarily with grassroots organizations that hold a stake in their local water body. These organizations are composed of concerned citizens who know that it is unfair for corporations and governments to abuse publicly-owned and used rivers, estuaries, bays, coasts and lakes.  They know that such pollution has dire consequences for the health of humans and the world’s ecosystems. Our goal is to bring solidarity, knowledge, training and legal tools to these organizations so that they can fight more effectively for environmental justice.

With regard to China, local and provincial Environmental Protection Bureaus often have insufficient capacity to monitor and control pollution. Because of this, an emphasis remains on promotion of regulation rather than enforcement of regulation. Thus it becomes the task of concerned citizens to try to collect data and affect change. At Waterkeeper Alliance, we help empower those concerned citizens. So far, we are partnered with six Chinese NGOs and are looking to expand.

Ecozine: What are the most severe problems China and Asian countries face today when it comes to waterway protection?

Charles: The lack of enforcement of environmental laws is a huge issue in Asia concerning waterway protection. Even though there might exist relatively comprehensive environmental frameworks, such as the Law of the People’s Republic of China on Prevention and Control of Water Pollution, which was enacted in 1984 and most recently revised in 2008, you only need to cross the border into Shenzhen and Guangzhou to realize that the implementation and enforcement of such regulations is an entirely different matter.

Besides industrial pollution, China’s continuing reliance on coal as a primary energy source has dire consequences for the health of its waterways. From mining to burning to ash disposal, coal consumption releases staggering amounts of toxins such as mercury, lead, arsenic and radium into China’s air and water every year. And that consumption is growing—China became a net importer of coal in 2009 and the world’s largest importer in 2011.

And of course all these chemicals and harmful metals end up in the foods and drinking water of millions of people.

Ecozine: “Cancer villages” and “widow villages” are plaguing many industrial areas of China. Is Waterkeeper Alliance involved in any of these cases?

Charles: Yes. For example, our Upper Yellow River Waterkeeper in Gansu helped the village of Liangjiawan get access to clean drinking water after years of living with and getting sick from contaminated water from the Yellow River. A study from 2003 to 2008 showed that cancer rates in Liangjiawan had risen dramatically. Waterkeeper Alliance held countless negotiations with the local government and a nearby hydroelectric plant to resolve the issue.

Our Middle Han River Waterkeeper in Hubei has worked with local villages on tributaries of the Han River where there are high incidences of cancer by petitioning local Environmental Protection Bureaus and holding education sessions. Indeed, water is a key factor in “cancer villages”—their drinking water, bathing water and food is contaminated with toxins and cancer-causing carcinogens.

Unfortunately, public-interest litigation against polluters is very difficult because victims in China often don’t have the resources to collect and provide proper evidence to a judge. To make things worse, polluting firms are often protected by local governments because of their significant tax contributions. Another barrier exists: it is difficult to even bring an environmental case to court—judges can only hear a limited amount of cases and are often reluctant to take on complex environmental issues. Our Chinese Waterkeepers are helping to collect water-quality data and legal knowledge that might help in such cases.

Ecozine: What are the short-term and long-term policies/intervention measures needed to target the problem of pollution into waterways?

Charles: In Asia, many of the policies are already in place, but enforcement is lacking. The same is the case in the U.S.: even with our Clean Water Act (CWA) of 1972, government organizations such as the Environmental Protection Agency (EPA) have failed to effectively protect our waterways. That is exactly why the grassroots Waterkeeper movement became so popular in the U.S. and is now expanding around the world—because concerned citizens had to take enforcement into their own hands to protect their livelihoods and the health of their communities. Waterkeepers in the U.S., with the backing of Waterkeeper Alliance, have been key in filing lawsuits against polluters and even the EPA itself. In the short-term, we will continue to litigate and fight against polluters, but hopefully the long-term outcome is a fundamental change towards tighter laws and more robust government enforcement.

Charles: In China, our Waterkeepers have been great defenders and advocates for the waters they’re working to protect. Our Qiantang River Waterkeeper created an online mapping system where the public can now go to report pollution sites and upload pictures. This is a great tool for indentifying polluters, and also a great tool for spreading public awareness of water-issues. Recently, the Qiantang River Waterkeeper team was featured on Zhejiang Satellite TV in a three-part miniseries.

In greater Asia, our Buriganga Waterkeeper in Bangladesh has been pressuring government officials to better demarcate river boundaries so that factories and structures cannot be built directly on the water. This year also marked the acquisition and launch of the Buriganga Riverkeeper patrol boat.

In India, our Mid Upper Yamuna Waterkeeper has been doing wonderful work with youth activists through a program called Youth for Yamuna.

Ecozine: What are some of the key challenges you face when starting and implementing grassroots, local movements to protect waterways?

Charles: Funding is a large issue, especially in Asia. Many of our Waterkeepers find that people don’t take their work seriously—for instance, in some parts of China, people still view this type of environmentalism as work for slackers or has-beens. That is until they start getting sick or truly start seeing the degradation that has been allowed to happen to their waterways.

Another challenge is that the work is extremely difficult. It takes people who are not willing to settle for the status quo, people who aren’t afraid to fight against corrupt officials and big businesses, many of which can avoid dealing with local water issues by importing bottled spring water and foods from abroad. Armed with passion, information and the law, Waterkeepers are the last line of defence for clean water. They are the voice of their waterway, the advocate for the health of their community, and they must be loud.

This interview originally ran on EcoZine.com.