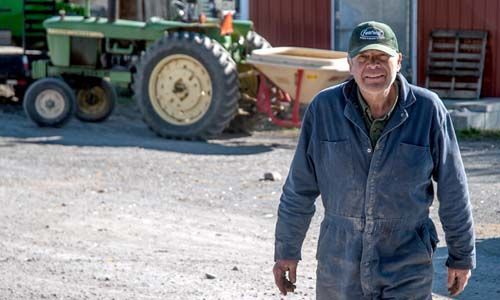 In the U.S., corn is our big crop: 94 million acres farmed in 2012. It’s followed by soybeans (76 million acres) and wheat (49 million acres). There’s also the 55 million acres used to grow hay for livestock. And keep in mind that the majority of this corn is being used to feed animals; the remainder is used to manufacture starch, sweeteners, corn oil, beverage and industrial alcohols, and ethanol. 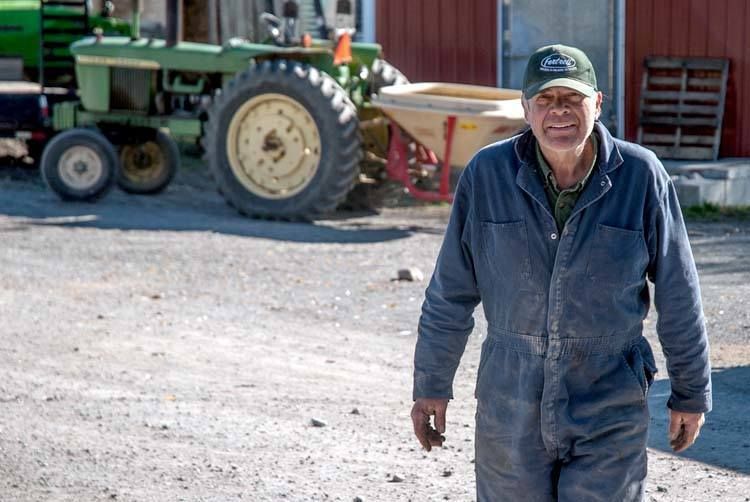 Farmland here in New York looks similar, dominated by corn at 1.2 million acres and soybeans at 310,000 acres. But vegetable production sits in the number three spot with 136,000 acres of farmland; the western side of our state is one of the few vegetable hotspots contributing to the national total. Sweet corn, sadly, has only 28,000 acres to call its own in New York State.

“I really take issue with the line that so many American farmers regularly repeat about feeding the world.” Klaas Martens, a third generation farmer working huge swathes of land near Penn Yan, New York, said. “I always want to ask Corn Belt farmers whether they or anybody they know has ever eaten anything that they grow on their farm. The answer is almost invariably no.”

Yet this is the story we’re told by Big Agriculture—it’s the story we want to believe as consumers—about the farms in this country: they are the source of bountiful wagon-loads of food that feed the world. And that farmers are using the latest and greatest technology to make this happen.

But, in the end, it’s just a story. It’s a series of happy caricatures we put on posters to encourage ourselves to stay calm and carry on. It’s anything but the truth.

Klaas, quite unconventionally, is growing food. Along with his wife Mary-Howell, their son Peter and a small team of farmhands, he is growing food on more than 1,400 acres.

Most of these beans were sold to Chipotle. They also grew 96 tons of oats and 84 tons of rye, plus smaller amounts of buckwheat, flax, einkorn berries, emmer berries and freekeh. Klaas and team grew enough tofu-grade soybeans to make more than 430,000 gallons of soy milk; they grew enough malting barley to brew more than 240,000 gallons of beer.

“We also grew over 1,000 tons of grain corn this past year, most of which went into livestock feed,” he said. “And, unfortunately, much of the barley and the oats ended up going into feed, too.”

There just wasn’t enough demand for the food grade grains this past summer. Klaas has grown a fair amount of sweet corn in the past but doesn’t currently have a market for it, either. “Markets and infrastructure still dictate some decisions,” he explained.

But all of these crops—food and grain corn—they grew organically.

This, once again, is how Klaas and his farming ways bump up against the story that Big Ag likes to tell: The only way we can produce enough food to feed the world is with artificial genetic tinkering and copious amounts of chemical inputs. And clearly many people believe this.

In 2015 almost 90 percent of the corn planted, grown and harvested in the U.S. was manipulated with in-seed trait technologies—aka genetic engineering—to survive the application of non-selective herbicides made with glyphosate. Which, as a matter of storytelling, might seem pretty cool: kill the weeds so the crops don’t need to compete with them for nutrients, water and sunlight. The genetics of the corn are tinkered with so the crop doesn’t die like every other plant around it.

Monsanto—the originator of glyphosate—has a happy little video you can watch. It explains how glyphosate works by entering through the leaves of a plant and killing the roots, then breaks down in the soil. It tells you that regulatory agencies in more than 160 countries—including the U.S.—have approved glyphosate-based products. It tells you that glyphosate is precise, effective and proven.

But the video never answers it’s own question: “Is it harmful?”

Monsanto will tell you that there are more than 800 studies demonstrating the safety of the chemical. What Big Ag doesn’t talk about is the competing body of evidence demonstrating that glyphosate may be linked to non-Hodgkin lymphoma, could reduce the activity and reproduction rates in earthworms, might disrupt the population of microbes in the soil, throws the nutrient content of soil out of whack, and is causing weeds to evolve and become resistant to glyphosate.

Not to mention that the World Health Organization just declared glyphosate “probably carcinogenic” based on comprehensive scientific research, and that numerous countries and cities around the world are banning the sale and/or use of glyphosate products. All of these things never make it into that happy little video.

“We’ve been conditioned to think that disease and pests and weeds are random events. That we can only react to them,” Klaas said. “You find a pesticide, you find some method of getting rid of the problem.”