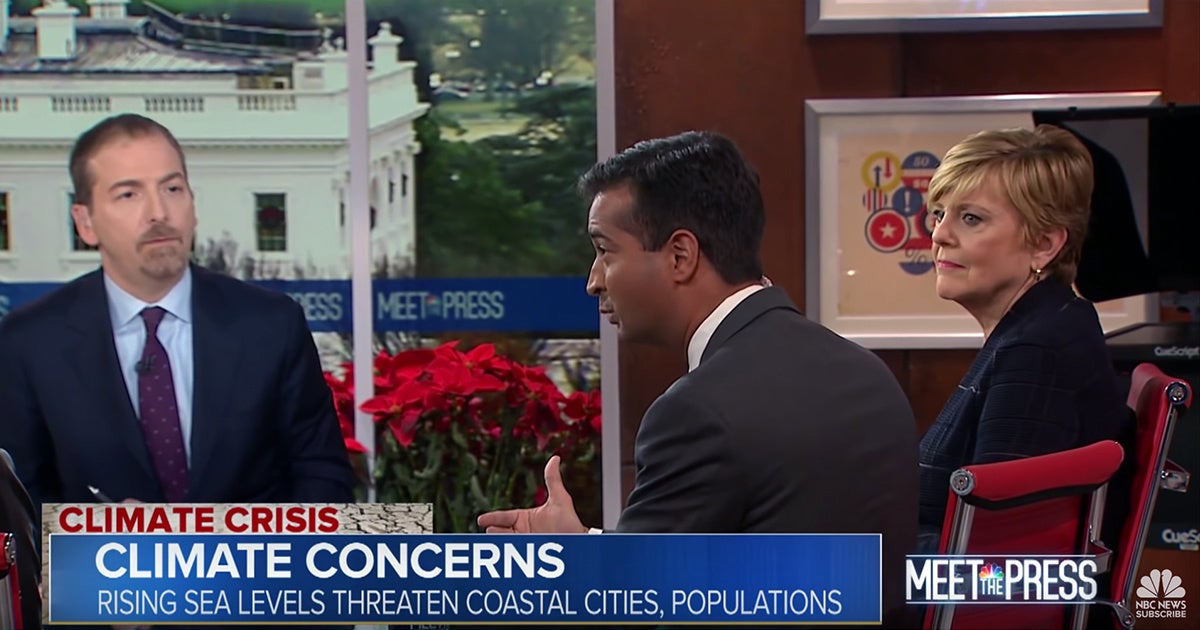 In an unusual move for the Sunday talk show circuit, NBC’s Meet the Press with Chuck Todd devoted its entire program Sunday to discussing climate change, and only interviewed people who acknowledge that it is a serious threat.

“We’re not going to debate climate change, the existence of it,” Todd said, as Mother Jones reported. “The Earth is getting hotter. And human activity is a major cause, period. We’re not going to give time to climate deniers. The science is settled, even if political opinion is not.”

TOMORROW: A special edition of Meet the Press on climate change.

This is a departure for Sunday talk shows, and for Meet the Press itself, Mother Jones pointed out. When the Trump administration released volume II of the Fourth National Climate Assessment over Thanksgiving weekend, Todd invited Danielle Pletka of the American Enterprise Institute and Utah Republican Senator Mike Lee, who both disputed the science behind climate change.

“We need to stop covering the debate and start covering the story, so that people see that this is real, and so that politicians take a more-pragmatic approach and find solutions that are actually achievable,” Curbelo said.

In both of their segments, Brown and Bloomberg, who co-chaired the Global Climate Action Summit in San Francisco this fall, spoke of the need for the U.S. government to step up its action on climate change. President Donald Trump has denied the importance of the issue and promised to withdraw the U.S. from the Paris agreement to limit global warming to well below two degrees Celsius above pre-industrial levels. Brown said he wished the president and Congress would worry more about transitioning away from fossil fuels than tariffs.

“I would point to the fact that it took Roosevelt many, many years to get America willing to go into World War II and fight the Nazis. Well, we have an enemy, though different, but perhaps, very much devastating in a similar way. And we’ve got to fight climate change. And the president’s got to lead on that,” Brown said, as NBC reported.

But Bloomberg also put pressure on whoever may challenge Trump in the 2020 presidential race, saying that climate change needed to be a major campaign issue.

“Any candidate for federal office better darn well have a plan to deal with the problem that the Trump science advisers say could, basically, end this world,” he said, The Guardian reported. “I can tell you one thing, I don’t know whether I’m going to run or not, but I will be out there demanding that anybody that’s running has a plan.”


Bloomberg On 2020: Any Candidate ‘Better Have A Plan’ On Climate Change | Meet The Press | NBC News

The show also reported that the majority of Americans are starting to take climate change more seriously, pointing to a survey from the the Yale Program on Climate Change Communication and the George Mason Center for Climate Change Communication showing that 70 percent of Americans think climate change is happening and 57 percent think it is human caused.

The polling, and the show, follow two years of extreme weather events from hurricanes to wildfires. NBC’s Anne Thompson said that more Americans were beginning to believe in climate change because, “We’re starting to live climate change in real time,” Meet the Press reported on its Twitter feed.