Meet the Governor Who Crippled His State's Solar Energy Future 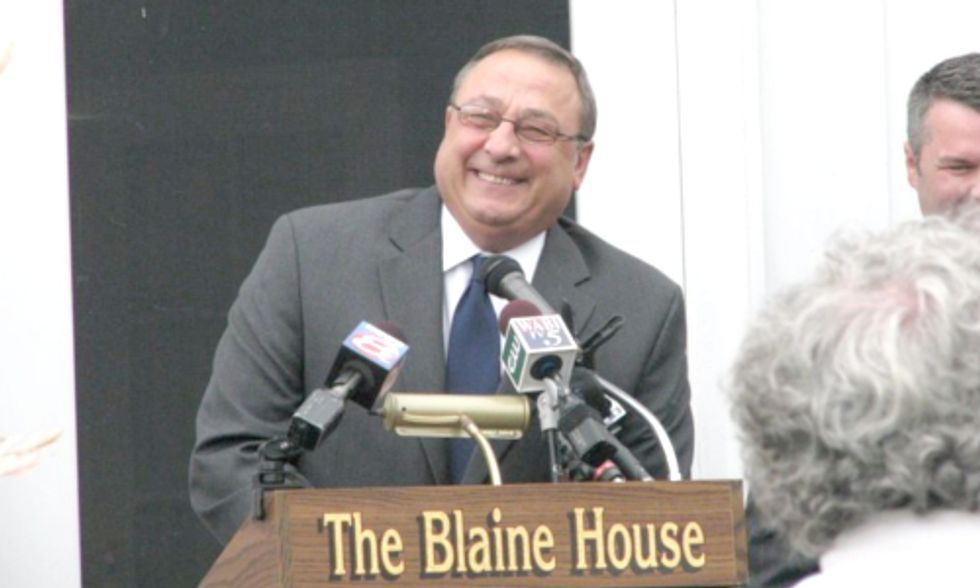 The future of solar energy in Maine was left in the hands of Gov. Paul LePage this month, but he decided to drop it.

LePage vetoed L.D. 1252, a bill that would have helped create more than 1,250 new solar panel and hot water projects at homes and businesses across the state. Those additions would have come at a tax that he deemed to expensive to pay—0.011 cents per kilowatt-hour.

Maine Gov. Paul LePage, who once told the president to "go to hell," has vetoed a solar energy bill. Photo credit: Paul LePage/Facebook

“This is a particularly painful time to impose an additional tax on electricity,” LePage wrote in a veto message uploaded by Bangor Daily News. “Energy taxes are regressive and disproportionately hurt our low-income households. This bill would impose the tax on thousands of hardworking families just to provide the few who have the means to purchase a $20,000 solar system with a rebate of an estimated $2,000.”

In the eyes of renewable energy advocates, LePage's veto also means passing on the private investments that usually follow after government shows confidence in a burgeoning technology. Dylan Voorhees, clean energy director of the Natural Resources Council of Maine, estimates that the bill would have fostered nearly $25 million in private investments in the state over time.

“The governor’s rhetoric on this bill does not match reality," Voorhees said in a statement. "If high electric rates are a concern, then it is essential that we change course from building an increasingly expensive transmission grid only to meet summer peak demand (and boost utility profits). Rooftop solar can help cut that demand and reduce costs borne by all ratepayers.

“The governor and his allies used the tiny, immediate cost of this bill to justify a do-nothing strategy that will cost Maine far more."

Voorhees added that Maine is behind other states when it comes to solar energy. According to a Vote Solar and the Interstate Renewable Energy Council report on net metering and interconnection, Maine achieved a ‘B' grade, thought report accounts for other renewable forms, too.

"Solar is booming in states around us, and why Maine is now at real risk of continuing to pay more in rates," Voorhees said. "If heating oil costs are a concern, then solar is part of the solution, too.

"Main street companies like the Bucksport Motor Inn have used solar to slash their oil consumption for hot water heating."

The bill was sponsored by State Rep. Terry Morrison, D-South Portland, and passed by wide margins in the state Senate (21-12) and House (109-30).

“We simply can’t afford to ignore solar energy, which is renewable, clean and helps keep down electricity bills that are rising because of the expansion of transmission and distribution lines,” Morrison said. “This veto is even more baffling because a Republican amendment improved the bill by adding heat pump rebates for low-income Mainers.”

What Is Your State's Renewable Energy Grade?