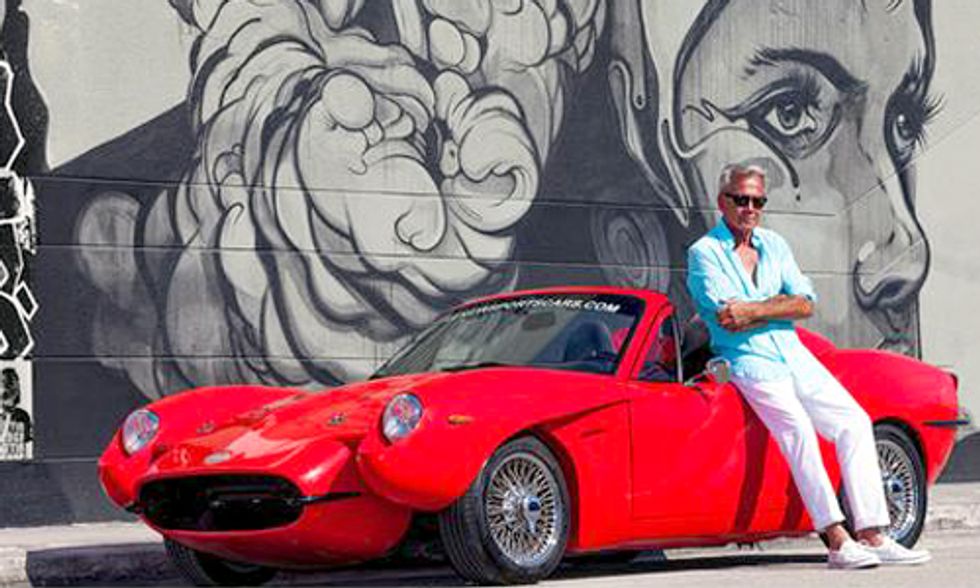 Commercial marijuana production, both legal and illegal, has drawn increasing criticism on environmental grounds, but one Florida man wants to use another variety of the plant to make a carbon-neutral car that would help the environment.

Bruce Michael Dietzen of Renew Sports Cars in Florida has built a stylish sportster with a body made of cannabis hemp, marijuana's country cousin whose cultivation is an environmentally friendly means of producing biomass fuels, paper, foods and fiber-based industrial products. This "green machine" is made from three plies of woven hemp, making it lighter than cars made with fiberglass bodies.

"The body of the car uses about 100 pounds of woven hemp," Dietzen explained.

The car is also surprisingly strong. Dieztsen estimates the body is at least 10 times more dent-resistant than steel.

Dietzen said he was inspired to create the hempmobile after learning about Henry Ford's 1941 "hemp car." The vehicle was real enough and actually ran on hemp fuel, but hemp only constituted about 10 percent of the material in the paneling. The rest was pine fiber, straw and ramie, the stuff ancient Egyptians used to encase mummies.

Dietzen's sports car also runs on biofuel, which will allow it to have a much lower carbon footprint than even electric-powered cars when it goes into mass production. Although Diezten is taking pre-orders, it's anyone's guess as to when that will be. He said he sunk $200,000 into making his prototype.

Like the pot people like to smoke, cannabis hemp is classified as cannabis sativa, even though it contains negligible levels of the high-producing cannabinoid THC and won't get anyone stoned. It's cultivated for fibers, seeds and oils, not psychoactive flowers. Cannabis hemp and recreational marijuana are the same species of plant, just as Rottweilers and Chihuahuas are both species of dog. They may be in the same family, but no one is going to mistake one for the other.

Except, that is, for the Drug Enforcement Administration (DEA). The drug control agency maintains that cannabis hemp is marijuana and is thus illegal under federal law. It formally considers hemp cultivation to be the same criminal offense as marijuana cultivation. The DEA even attempted to ban the import of hemp products, only to be shot down by the federal courts a decade ago.

But Congress has been nibbling at the edges of the hemp cultivation ban. The 2014 Agricultural Act defined hemp as having less than 3 percent THC and authorized research crops in states that allowed them. Language is included in the 2016 Omnibus Appropriations Act that bars the expenditure of federal funds to interfere with hemp production in line with the 2014 act.

Florida, home of Bruce Michael Dietzen, isn't one of those states.

"Hemp is still illegal to grow so I had to import the woven material all the way from China because we still don't have the facilities that can make hemp fabrics," the auto-enthusiast said. "Cannabis hemp is still considered a dangerous drug according to the government. It's considered as dangerous as heroin or cocaine—it's insane!"

The DEA considers hemp to be marijuana, which is a Schedule I controlled substance, along with heroin. Even cocaine, a Schedule II drug, is considered less dangerous than hemp. But change is on its way and Dietzen wants to put you behind the wheel.