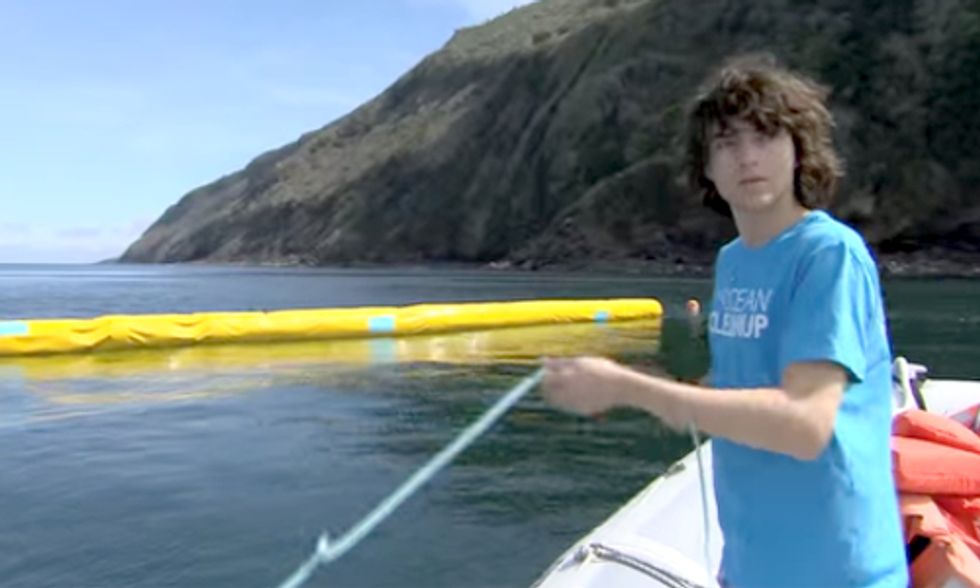 He's ambitious, backed by 100 researchers, environmentalists and communications professionals, and he's only 19.

Boyan Slat is the president and founder of the Ocean Cleanup and creator of a technology he says can clean half the Great Pacific Garbage Patch in a decade. He first presented his idea at a TEDx talk in the Netherlands two years ago, and is now preparing to attend the "Our Ocean" conference hosted by U.S. Secretary of State John Kerry.

Slat said he thought of his plastic-capturing concept years ago while diving in Greece and seeing more plastic bottles than fish. Since then, he has developed a website that includes all of the technology's specs, a feasibility study and a campaign to fund it. He says his team has embarked on three gyre expeditions within six months. He shot this video with I Am Eco Warrior to explain his mission and how he hopes to accomplish it with floating barriers.

Slat's idea hasn't been received well by all, but he chose to take his critics head-on in a recent response blog post. It serves as a complement to the 530-page report on feasibility and further explains the idea shouldn't be written off as a kid's idea.

"The oceans are the most important life-support systems of our planet," Slat said. "It regulates the climate, it produces oxygen. The vast majority of biodiversity can be found in the ocean."