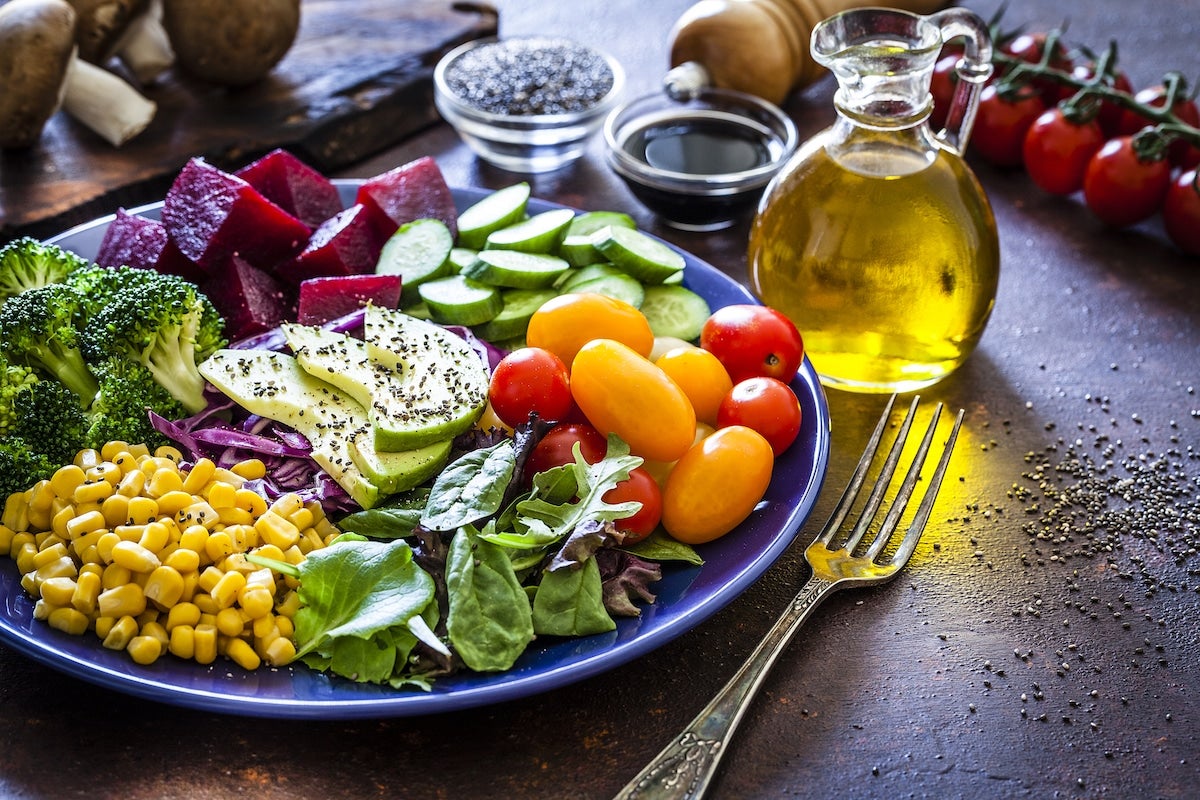 Eating a more plant-based diet isn’t just good for the planet. It could add years to your life as well.

A new study published in PLOS Medicine on Tuesday found that opting for plants, fish, legumes and whole grains over red meats and processed foods could extend a human lifespan by up to 13 years.

“A sustained dietary change may give substantial health gains for people of all ages both for optimized and feasible changes,” the study authors wrote.

Scientists and health experts have long sung the praises of a Mediterranean diet. That’s a diet based on moderate amounts of fruits, vegetables, whole grains, beans, legumes, olive oil, seafood, poultry and dairy. It’s been rated the best diet over all five years in a row by U.S. News and World Report, and one study suggests it may even help protect against the impacts of certain types of air pollution.

To compare the impacts of choosing a typical “Western” diet to an “optimized” diet that closely resembles the Mediterranean diet, the Norway-based research team relied on computer models, CNN explained. They calculated what would happen if a man or woman from the U.S. began eating different diets at different points during their lives, according to the study.

The researchers have now turned their findings into a public tool called Food4HealthyLife, that anyone can use to calculate how dietary changes would impact their life expectancy.

Outside researchers said the findings were not necessarily surprising.

However, some people find the idea of shifting to a mostly plant-based diet intimidating. The researchers also calculated the impacts of a middle option they called a “feasibility approach.” For a woman, adapting a feasibility approach diet from the age of 20 could improve her life expectancy by 6.2 years, while a man making the same change at the same time could add 7.3 years to his life.

This suggests that eating more plants is always a positive choice, even if you can’t entirely change your diet.

“I think when people hear plant-based diet or they hear a definition they get very intimidated. This does not have to be an all-in thing,” ABC News Chief Medical Correspondent Dr. Jennifer Ashton, who was not part of the research, told Good Morning America Wednesday, as Yahoo News reported. “You can make small changes with, let’s say, a meatless Monday or just one meal of every day.”

In addition to the health gains, there are also environmental reasons for opting for plants over red meat. A 2018 study found that shifting to a vegan diet is probably the single biggest thing an individual can do to reduce their contribution to the climate crisis, land use and water use, nutrient pollution and other human activities.