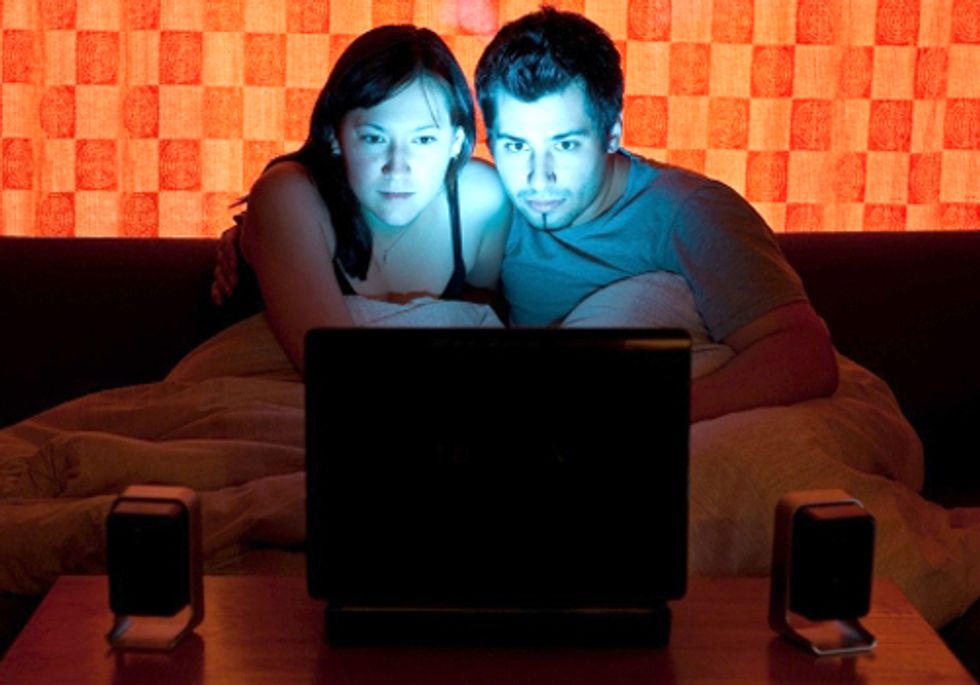 A Media Matters analysis of print and television coverage of rising gasoline prices between Jan. 1 and Feb. 29 finds that news outlets often provided a shallow and shortsighted treatment of the issue. For instance, several outlets largely overlooked fuel economy standards—a key policy solution that mitigates U.S. vulnerability to price spikes while promoting increased U.S. drilling and the Keystone XL pipeline, which would likely move gas prices by only a few cents, if at all. In addition, cable news outlets primarily hosted political figures rather than energy experts or economists to comment on gas prices. Fox News, which covered gas prices far more frequently than any other outlet, regularly blamed President Obama for the recent price increase, a claim in line with Republican strategy but not with the facts.

The following chart shows the total coverage of gas prices between Jan. 1 and Feb. 29:

Reducing Consumption Is Key To Mitigating Our Vulnerability To Price Spikes. According to the Energy Information Administration (EIA), the cost of crude oil, which is set on the world market, determines 76 percent of the price of gasoline. Energy experts agree that the way to reduce our vulnerability to gas price spikes is to decrease our dependence on oil, regardless of where the oil comes from. [Media Matters, 2/23/12]

News Outlets Largely Overlooked Fuel Efficiency Policies. Only 2 percent of broadcast coverage, 4 percent of cable coverage and 13 percent of print coverage of gas prices mentioned fuel economy standards, which have been significantly raised by the Obama administration. Two of the 9 mentions of fuel economy standards on Fox were GOP candidates calling for their repeal. CBS and The Los Angeles Times did not mention fuel efficiency standards in their gas price coverage at all. Out of 69 print items on rising gas prices, only three made the point that reducing oil consumption is the best long-term solution. These figures include views expressed by those interviewed or quoted.

Nearly All TV Outlets Promoted Drilling More Often Than Fuel Efficiency. With the exception of NBC, every television network mentioned expanded drilling as a solution more often than fuel economy standards. Fox News promoted the narrative that more domestic oil production will lower gas prices in 45 percent of its coverage. These figures include guests' comments if they were not challenged by the anchor. Energy experts, including those who are politically conservative, have repeatedly debunked the idea that increasing U.S. production is an effective solution to high prices. In fact, even the American Petroleum Institute won't say that expanded drilling would hold down prices. An analysis by the Energy Information Administration estimated that the difference between a scenario in which the Atlantic, Pacific and Eastern/Central Gulf of Mexico are open to offshore drilling and a scenario in which they remain off-limits is 3 cents per gallon of gasoline in 2030. Such a small effect would be dwarfed by the impact of rising oil consumption in Asia, geopolitical conflicts or OPEC supply adjustments. [Media Matters, 2/23/12, 6/23/11, 5/12/11]

Cable News Falsely Presented Keystone XL As A Gas Price Remedy. Economists say that TransCanada's Keystone XL oil pipeline would not noticeably lower gasoline prices. Even Ray Perryman, the economist hired by TransCanada said the effect would be only "around 3.5-4 cents per gallon" and not until the pipeline was "flowing reasonably close to capacity" in several years. He added that "a modest change of this nature will often be swamped by the day-to-day factors that impact market prices." Some analysts say the pipeline could actually raise prices in some parts of the country. But every cable news outlet promoted Keystone XL more often than fuel economy standards. In almost 40 percent of its coverage, Fox suggested that approving Keystone XL would help relieve rising gas prices. These figures include guests' comments if they were not challenged by the anchor. [Media Matters, 2/23/12]

Experts Say It's Simply Bad Economics To Blame Price Spike On The President. As countless experts and fact-checkers have noted, global factors largely determine the price of oil, not U.S. policy changes, let alone any actions President Obama has taken.

Nevertheless, More Than Half Of Fox News Coverage Falsely Suggested Obama Is Responsible. Our results show that Fox News covered gas prices far more often than other news outlets—more than CNN and MSNBC combined. Fifty-five percent of Fox News coverage suggested that President Obama is to blame for rising gas prices. In total, Fox blamed Obama 144 times in two months—more than three times as much as all other news outlets combined. These figures include guest quotes if they were not challenged by the anchor or author.

In a closed-door meeting last week, Speaker John A. Boehner instructed fellow Republicans to embrace the gas-pump anger they find among their constituents when they return to their districts for the Presidents' Day recess.

"This debate is a debate we want to have," Mr. Boehner told his conference on Wednesday, according to a Republican aide who was present.

And talking points from the Republican National Committee that go out to conservative commentators every Friday often include rising gas prices among the "Top Line Messaging" for the week. A recent "Pundit Prep" document cited the national debt, unemployment and the price of gas as the three best ways to define the "Obama economy." [New York Times, 2/18/12]

For print outlets and CNN transcripts, our results are based on a Nexis search for "(gas w/3 price!) or gasoline". For the Wall Street Journal, which is not available in Nexis, we searched Factiva for "(gas near3 price!) or gasoline". For the Fox News and MSNBC shows not available in Nexis, we relied on an internal television archive. Our analysis includes any article or segment devoted to gas prices, as well as any substantial mention (more than one paragraph of an article or news transcript.)