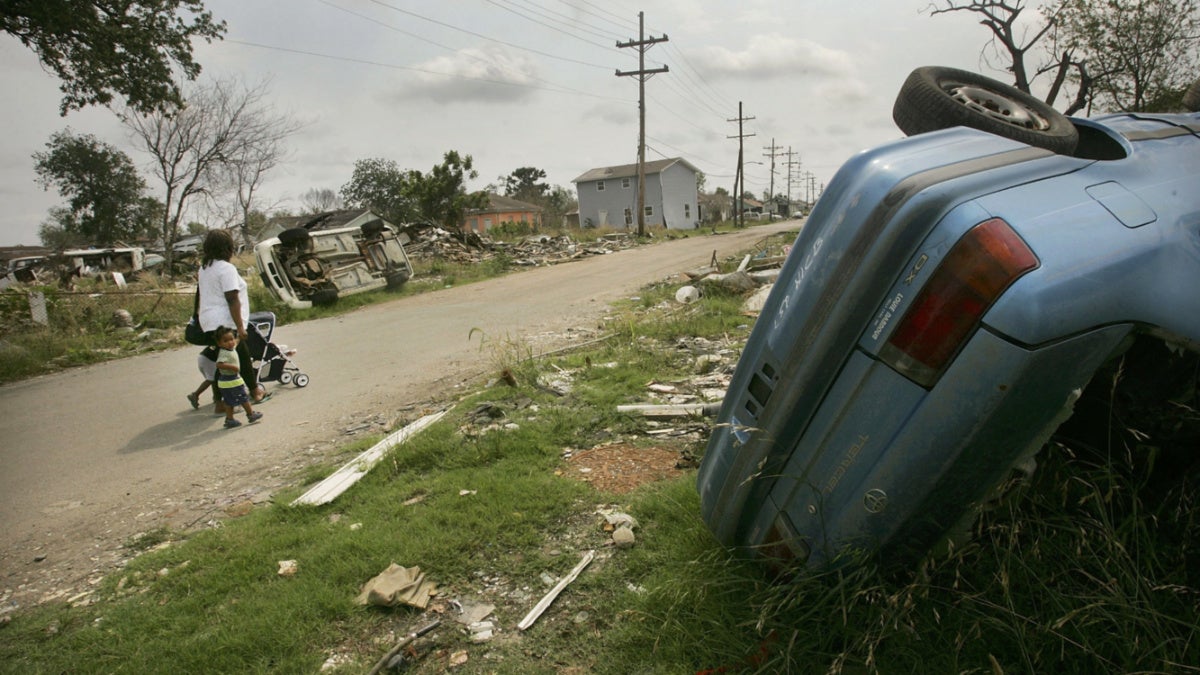 Shanika Reaux walks through the devastated Lower Ninth Ward on May 10, 2006 in New Orleans, Louisiana, after her home was destroyed by Hurricane Katrina. Mario Tama / Getty Images

The big three broadcast channels failed to cover the disproportionate impacts of extreme weather on low-income communities or communities of color during their primetime coverage of seven hurricanes and one tropical storm over three years, a Media Matters for America analysis revealed.

Evening news programs for ABC, CBS, and NBC from 2017 through 2019 aired 669 segments on eight storms, but never once discussed the disproportionate harm inflicted upon marginalized communities, often compounded by discriminatory practices in the distribution of federal aid. Communities of color, low-income communities, and communities with low English proficiency — three groups that often overlap — are disproportionately hurt by extreme weather because legacies of racism, economic exploitation, and environmental injustice have left them less equipped to prepare for, evacuate, and rebuild after storms.

While the corporate broadcast channels failed to inform audiences about it, PBS managed to include nine mentions of impacts on low-income communities and communities of color out of 233 segments on extreme weather events over the time frame analyzed by MMFA.