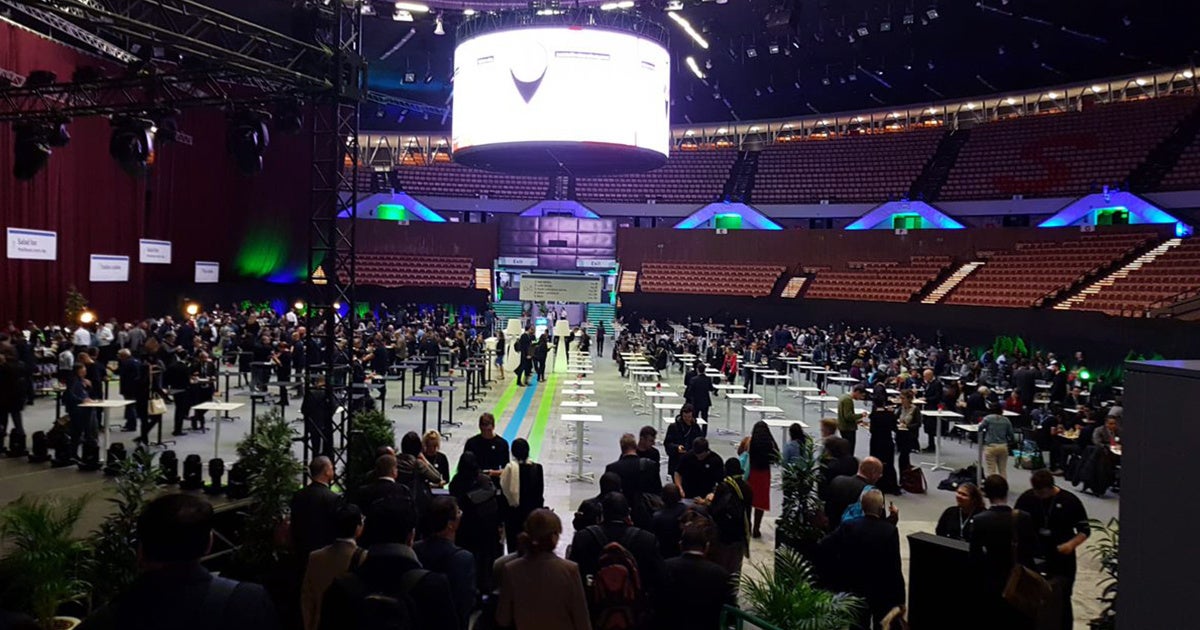 New analysis from the Center for Biological Diversity, Farm Forward and Brighter Green Sunday finds that the meat-heavy menu at the United Nations’ Framework Convention on Climate Change conference COP24 could contribute more than 4,000 metric tons of greenhouse gases to the climate crisis.

The data found that if all 30,000 visitors choose meat-based dishes at the conference’s largest food court during the 12-day conference, they would contribute the equivalent of burning more than 500,000 gallons of gasoline or the greenhouse gas emissions attributed to 3,000 people flying from New York to Katowice.

The groups that compiled the research called on the United Nations to create a framework for host countries to prioritize climate-friendly menus at future climate meetings.

“The meat-laden menu at COP24 is an insult to the work of the conference,” said Stephanie Feldstein, director of the Population and Sustainability program at the Center for Biological Diversity. “If the world leaders gathering in Poland hope to address the climate crisis, they need to tackle overconsumption of meat and dairy, starting with what’s on their own plates. That means transitioning the food served at international climate conferences to more plant-based options with smaller carbon footprints.”

In addition to higher greenhouse gas emissions, the meat-based dishes on the menu require nine times more land and nearly twice as much water as the plant-based dishes. 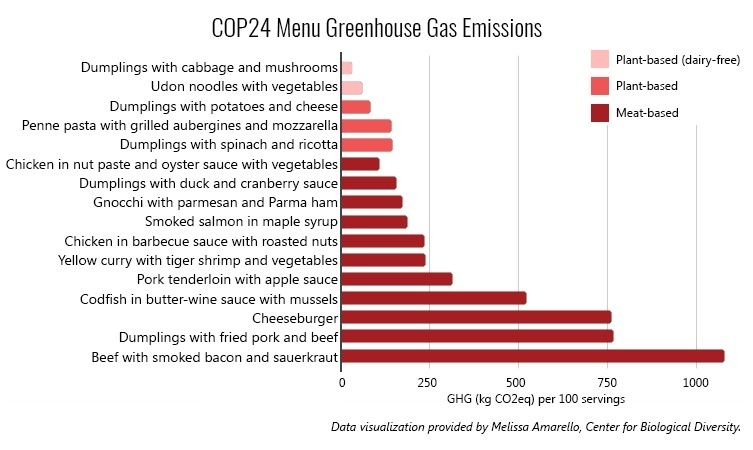 “What people eat at a conference may seem like small potatoes when it comes to curbing global emissions,” added Farm Forward’s Claire Fitch. “But if those at the forefront of global climate negotiations aren’t going to ‘walk the talk’ at the highest-level climate conference, how can we expect the rest of the world to get on board?”

Studies have shown that it will not be possible to meet global climate targets without reducing meat and dairy consumption and production. Yet the need to tackle the overconsumption of animal-based foods has been largely absent from international climate negotiations and commitments. The majority of food-related efforts focus on improving production practices with few or no significant targets for shifting to less climate-intensive diets.

“We know that we cannot meet the Paris Agreement goals, or the 1.5C target, with business as usual,” said Caroline Wimberly of Brighter Green, who will be in Katowice for COP24. “Food is not a matter only of personal choice, but an essential factor in solving the climate crisis. Demand-side policies and efforts, including food waste reductions and shifting diets—prioritizing populations with the highest consumption of animal-based foods—are critical in achieving a climate compatible food system and curtailing emissions.”