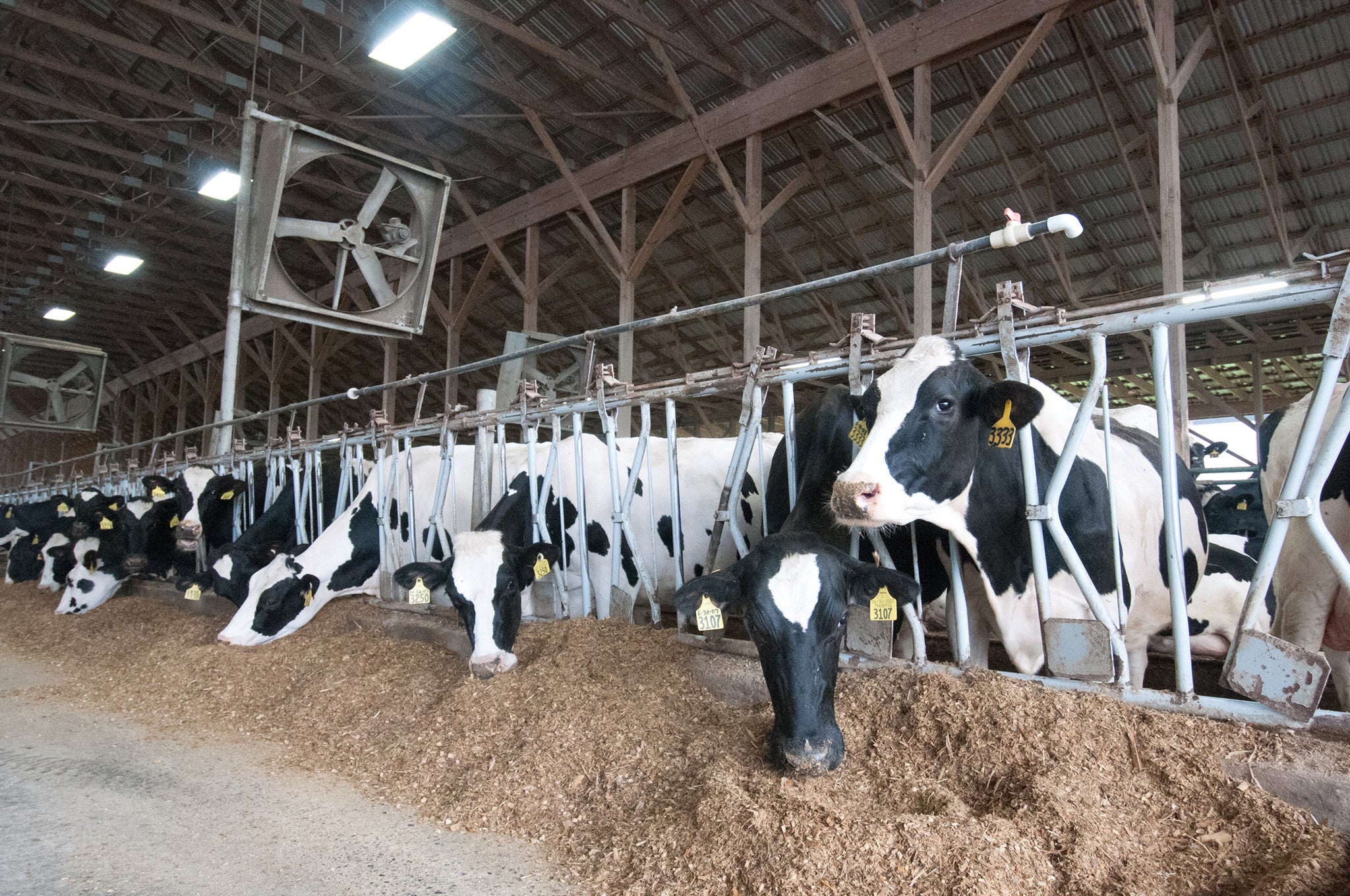 Cows on a dairy farm. U.S. Department of Agriculture / Flickr

Three of the world’s largest meat producers emitted more greenhouse gases in 2016 than France, putting them on par with oil companies such as ExxonMobil, BP and Shell, a recent study found.

GRAIN, a non-profit organization, collaborated with the Institute for Agriculture and Trade Policy and the Heinrich Böll Foundation to estimate the greenhouse emissions of meat and dairy corporations, a figure that few companies calculate or publish.

The study was published as meat and dairy industry representatives arrived in Bonn, Germany for the COP23 to emphasize their role in food security.

In stark terms the study warns that if unchecked, the world’s top meat and dairy producers’ greenhouse emissions “could lead us to a point of no return.” 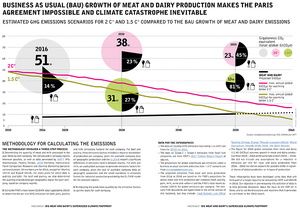 Through lobbying, major meat and dairy companies have promoted policies that have led to increased production and consumption around the world. Livestock production now contributes 15 percent of global greenhouse emissions, more than the transportation sector, according to the study.

If livestock production continues to grow at the rates estimated by the Food and Agriculture Organization of the United Nations, greenhouse emissions from the meat and dairy industries will undercut attempts to keep global average temperatures below 2°C.

The paper’s authors warned that industry representatives will arrive at the COP23 in Bonn pushing their agenda—the expansion of livestock production—as a solution. This will amount to criticism of small-scale farmers, which is where the solution in cutting greenhouse emissions lies, according to the authors of the study.

Rather than continuing to subsidize factory farming and agribusiness that undercuts millions of small farmers, governments should redirect public money to support “small-scale agroecological” farms, the study suggests. 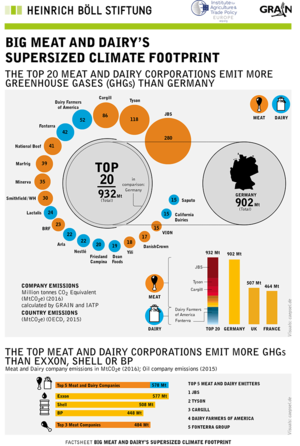 A previous study showed beef, when compared to staples like potatoes, wheat and rice, has a per calorie impact that requires 160 times more land and produces 11 times more greenhouse gases.

Another study published in Environmental Research Letters calculated that a 50 percent reduction in mean per capita meat consumption in the developed world is needed by 2050 to meet global greenhouse gas emissions targets.