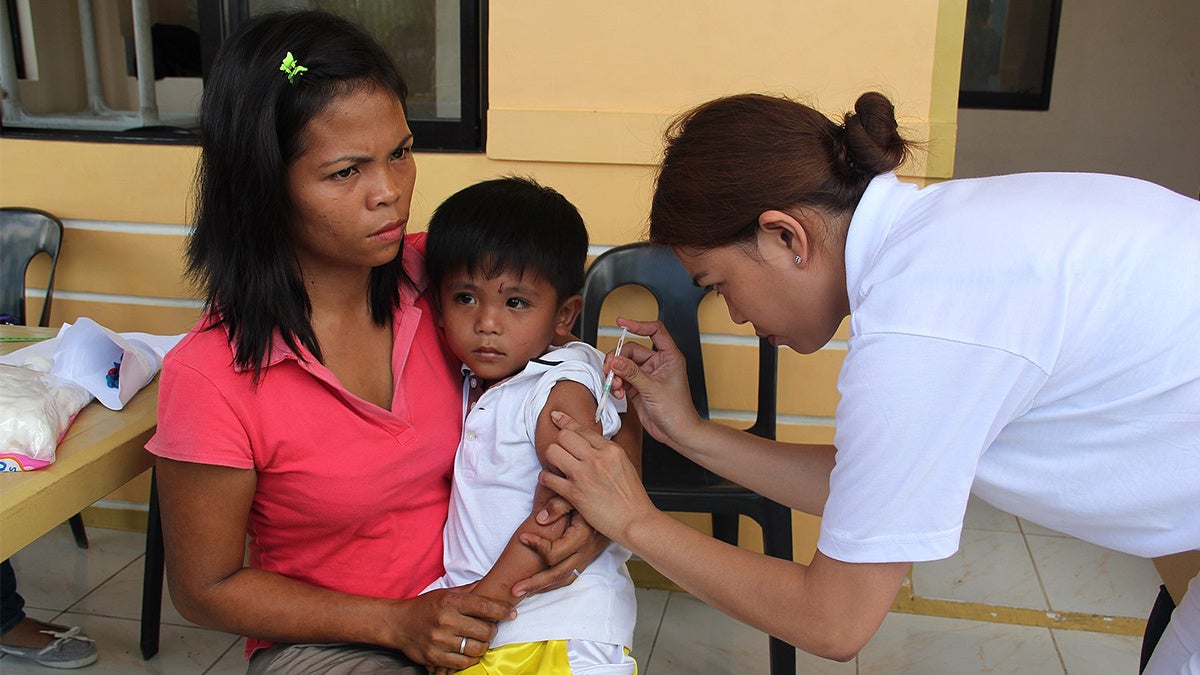 Measles infected nearly 10 million people in 2018 and killed more than 140,000, according to new estimates from the World Health Organization (WHO) and the Centers for Disease Control and Prevention (CDC). Most of the people who died were children under five years old.

The figures come as vaccination rates have stalled in the last ten years. WHO and the United Nations Children’s Fund (UNICEF) estimate that 86 percent of children received the first dose of the measles vaccine in 2018 and fewer than 70 percent received the second dose, but WHO says a vaccination rate of 95 percent is necessary to protect communities from disease outbreaks.

“The fact that any child dies from a vaccine-preventable disease like measles is frankly an outrage and a collective failure to protect the world’s most vulnerable children,” WHO Director-General Dr. Tedros Adhanom Ghebreysus said in a press release. “To save lives, we must ensure everyone can benefit from vaccines — which means investing in immunization and quality health care as a right for all.”

Most deaths occurred among children under 5 years of age.

In poorer countries, vaccination rates are low because of problems with or interruptions in health services, The Guardian explained. In the Democratic Republic of the Congo (DRC), one of the five countries most affected by measles in 2018, conflict and an inadequate health care system have prevented children from receiving the vaccine. Measles has killed more than 4,500 people in the country this year, claiming a higher death toll than an Ebola outbreak.

Along with the DRC, the other most impacted countries were Liberia, Madagascar, Somalia and Ukraine, which together saw almost half of the global measles cases this year.

Dr. Peter Hotez, dean of the National School of Tropical Medicine at the Baylor College of Medicine in Houston, who was not part of the WHO and CDC study, told CNN that measles is the first disease to return when vaccinations are interrupted because it is so contagious. He said measles could make a comeback anywhere because of war, political conflict, the climate crisis or anti-vaccination movements.

“So the fact that measles is now returning in some areas is an indication that our vaccine ecosystem is fragile and in some areas breaking down despite general gains,” he said.

Worries about the safety of vaccines helped spark a deadly outbreak in Samoa after two children died from an incorrectly-mixed vaccine in 2018, according to The Guardian. Anti-vaccination activist Robert F. Kennedy Jr. then visited the island in June, apparently fanning the flames of fear. In the past weeks, 62 deaths and more than 4,200 cases have been reported on the island, according to CNN, and the government shut down its offices Thursday and Friday so public employees could focus on a mass vaccination campaign.

Anti-vaccination messages have also led to an increase in measles cases in wealthier countries. In 2018, the U.S. recorded its highest number of cases in 25 years, and the European countries of Albania, Czechia, Greece and the UK lost their measles elimination status.

WHO’s immunization director Dr. Kate O’Brien told The Guardian that anti-vaccination messages were able to spread more easily now because of the internet.

“Anti-vaccine messages are not new,” she said. “But what is new is the tools with which and the opportunity for these messages even from a small fringe group of people to disseminate very widely and to portray themselves as if they are accurate pieces of information, which they are not.”

Measles is more contagious than either the flu or Ebola, according to Reuters. It can be fatal, or cause long-lasting complications like pneumonia, brain-damage, blindness or deafness. An October study found that it can also damage survivors’ immune memory, making them more vulnerable to other infectious diseases.

Recently published evidence shows that contracting the #measles virus can have further long-term health impacts, with the virus damaging the immune system’s memory for months or even years following infection https://t.co/aIRjiShHAO pic.twitter.com/DeoDgbfLfo

The world has made progress in battling measles since 2000, when there were 28,219,100 cases and 535,600 deaths, according to the WHO. However, measles cases have begun to climb since 2016, increasing 167 percent worldwide in the last two years, CNN reported.

The trend does not look to be improving in 2019, according to WHO. As of November, there were three times the number of reported cases than had been documented by the same time last year.

“It is a tragedy that the world is seeing a rapid increase in cases and deaths from a disease that is easily preventable with a vaccine,” Dr. Seth Berkley, CEO of Gavi, the Vaccine Alliance, said in the press release.