Measles Count in U.S. This Year Already Exceeds Total for All of 2018 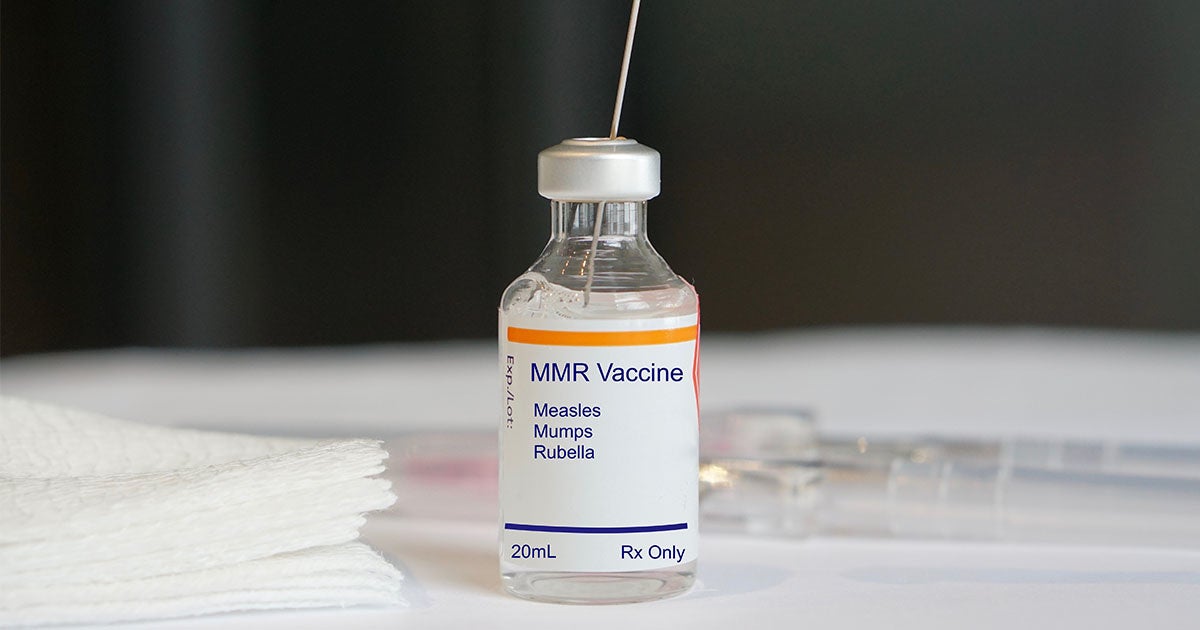 The number of U.S. measles cases through the first three months of this year has surpassed the amount for all of last year, according to a recent report published by the Centers for Disease Control and Prevention (CDC).

Since Jan. 1 of this year, there have been 387 reported cases in 15 states — the second greatest number of cases in the country since measles was declared eliminated in 2000. Last year, there were 372.

In a given year, the CDC reports that an uptick in measles cases can occur for a variety of reasons, such as an increase of travelers who get measles abroad or the spread of measles within unvaccinated communities at home. In both cases, people who opt out of receiving their vaccinations help facilitate the dangerous spread of a disease responsible for as many as 2.5 million deaths in a given year.

Dubbed a “regression in modern medicine,” recent trends in so-called antivaxxers refusing to vaccinate their children citing religious or philosophical concerns have led to the increase in the spread of infectious diseases, specifically MMR. (Despite the often-cited concern, vaccinations do not cause autism in young children.) 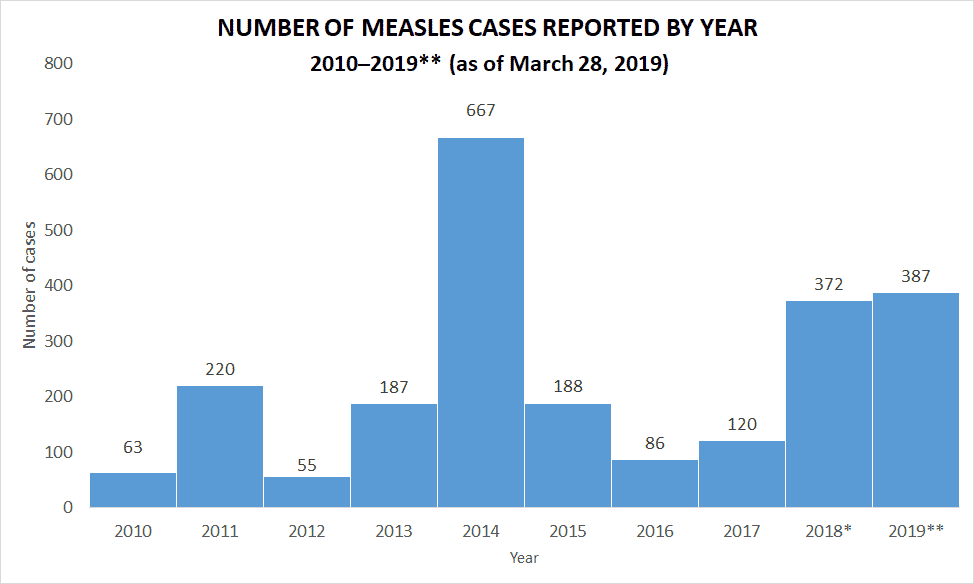 Centers for Disease Control and Prevention

The spread of measles and other diseases is curtailed by a concept known as herd immunity whereby a certain percentage of any given population is vaccinated in order to protect the broader population from contacting diseases. A highly contagious disease like MMR, which is spread through coughing and sneezing, requires between 90 and 95 percent of the population to be vaccinated. By having so much of the population vaccinated, it protects those who cannot be vaccinated for health concerns, such as children too young to receive their vaccinations, pregnant woman or immunosuppressant communities.

But when you have large communities that opt out of vaccinating, outbreaks occur. This was the case in Rockland County, New York where there are 158 confirmed reported cases of measles and around 17 percent of the population having received their MMR vaccination as of April 2.

There is no specific antiviral treatment for measles and the virus can be deadly once contracted, particularly in children.